During our first visit to London, we were welcomed by the infamous British summer. Grey skies, cool breeze and rain. Not so much that we got soaking wet, but enough to cease any outdoor activity and seek shelter in the shops or the nearest tube station! I did buy an umbrella and brought along sweaters and scarves, but I underestimated the effect of the change from high 40s in Dubai to low 20s in London. That’s Celsius by the way.  My body is clearly built and adjusted for warmer climes.

During one specially clear and sunshiny day, we trekked over to Marble Arch/Hyde Park for an adventure. 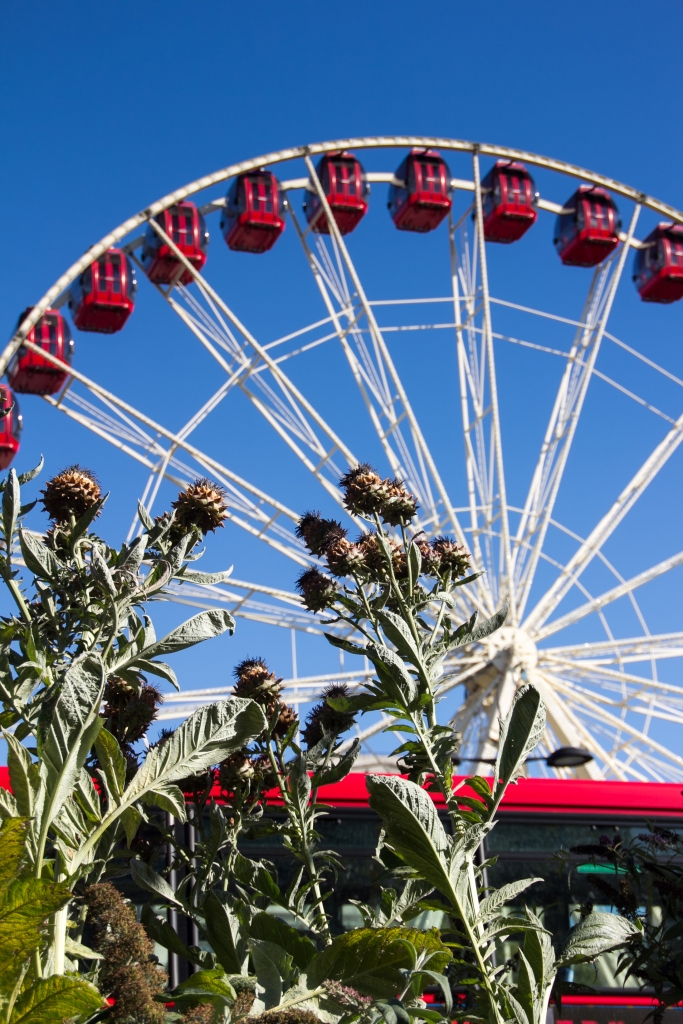 Flowers everywhere! I could not stop taking photos, but don’t worry, I will not post every single one of them here. Here are a few of the ones that I like most.

Someone told me these things have earwigs in them so I made sure to stay as far away as possible and use my zoom lens instead.

There is no shortage of green in this city! So unlike Dubai where it’s mostly glass and concrete. Yes, there are patches of green, but nothing like this! Nothing as surreal and beautiful as this. The romantic in me squeals every time I see a path with towering trees on either side of it, casting shadows of dancing leaves on the ground, and making me forget there is a world of stones and roads and cars and busy streets just next to it. 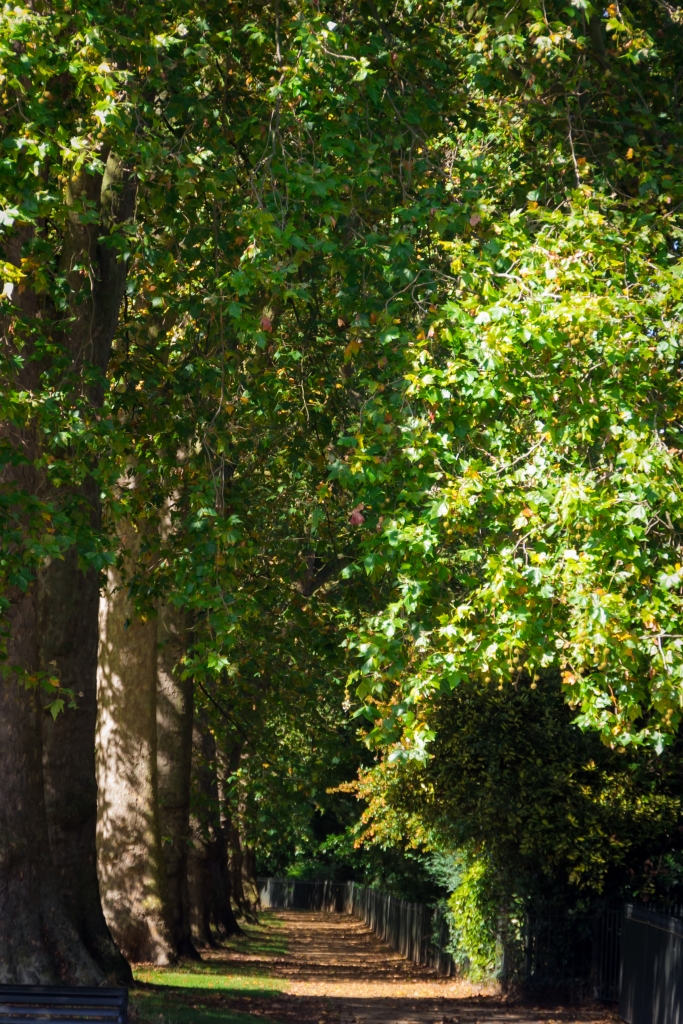 It was all I could do to stop, take deep lungfuls of fresh air and sigh happily as I look out at the ducks and swans and other birds in the Round Pond at Hyde Park. I dare you to resist marvelling at these clouds in this blue sky.

We rented Santander bikes by the Marble Arch entrance and took them around the park. We came across this statue of Queen Victoria in front of Kensington Palace. Behind the statue was a group of young kids sitting down on the grass, sketchpads and pencils out, doing their own version of the facade of the palace. It was a great day to be doing it too!

Over to the other side of the park, across the road was the Royal Albert Hall. We weren’t able to go inside this time. It’s smaller than I imagined it would be but I suppose the interior is as imposing as it looks on television. There was a group of Japanese kids sitting across from the hall, on the steps, sketching as well. They were all so intense, but chatted to me happily when I asked what they were doing.

The imposing monument of Prince Albert himself. The Albert Memorial in Kensington Gardens is one of London’s most ornate monuments. There are too many focal points to hold your interest, but my favourite is the four groups of sculptures on each corner of the base of the monument representing the continents Europe, Asia, The Americas and Africa, each continent-group including several figures and a large animal; a camel for Africa, a bison for the Americas, an elephant for Asia and a bull for Europe. 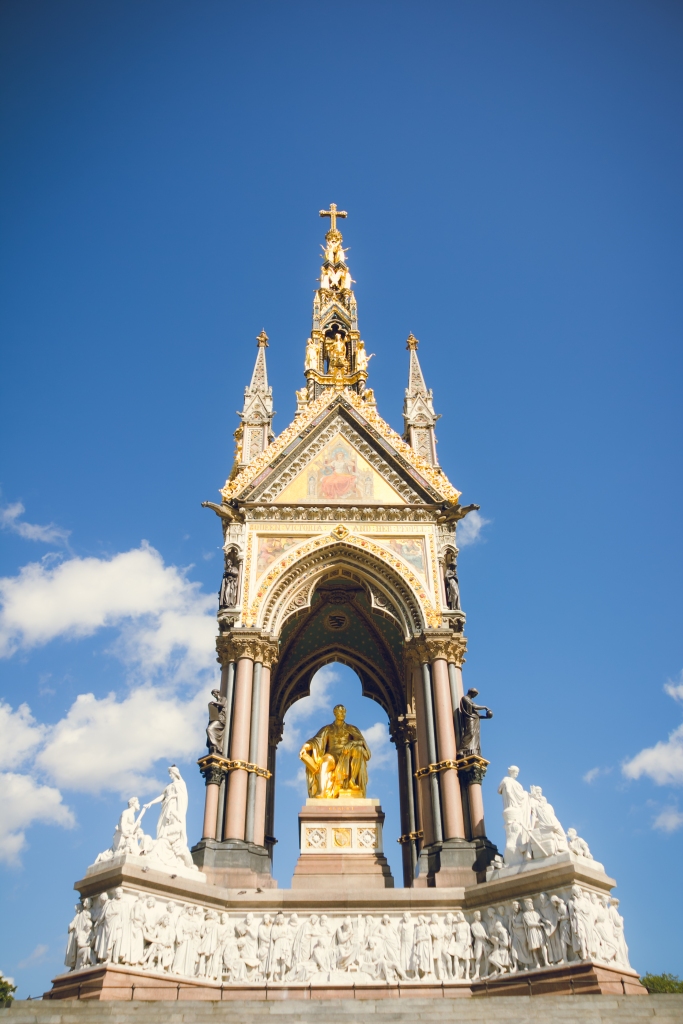 The yogi in me couldn’t help but be amused when I saw this. I wish my headstand game was spot on and I would have joined this lady. Such a glorious day for practicing yoga in the park too!

These Santander bikes are rather heavy! But they are priced reasonably and are the best way to wander around such a big park like Hyde or St. James’. I saw a few people riding them on city roads next to traffic – I don’t think I could do that! I used to bike down a stretch of MacArthur Highway in Manila when I was around 10 years old, but I doubt I have the nerve to do anything like that at this age. My son clearly enjoyed it though! He could not get enough of the bikes. 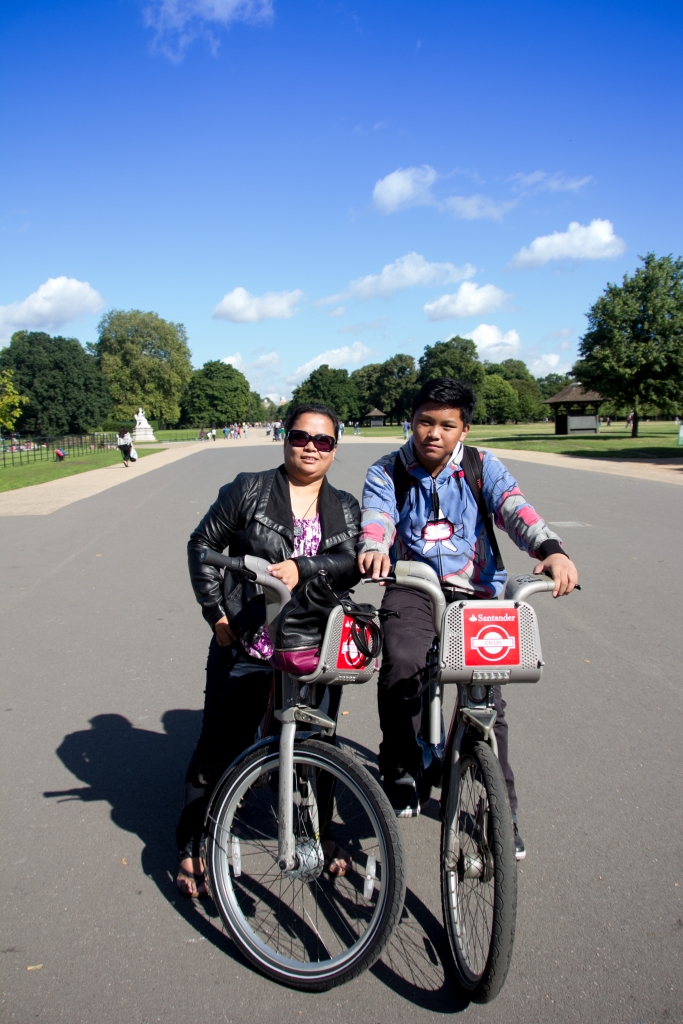 That’s it for now. I have plenty more photos of our trip to the UK so keep an eye out. Unless you’re sick and tired of this already in which case, sorry, but you’ll just have to scroll past my updates on your blog feed.