I did not expect to find critters in the city of London. It’s busy, crowded, noisy and hot so it was the last place I thought these animals would like to be in. But even in this packed city, there are pockets of serenity where they can roam relatively free and be left to mind their own business.

Like this squirrel, for instance. He was happy munching on nuts on top of a bench underneath a tree. He didn’t seem to mind one bit that there were tourists around him with cameras poised to capture his every move! We did try to stay away and give him space – this was taken with a zoom lens.

Hyde Park, being the largest park in London is bound to have plenty of animals inhabiting its 350 acres. The Round Pond was filled with fowl of different sizes, including the majestic swan. Beautiful creatures, but they were huge and it was scary to try and get near them. 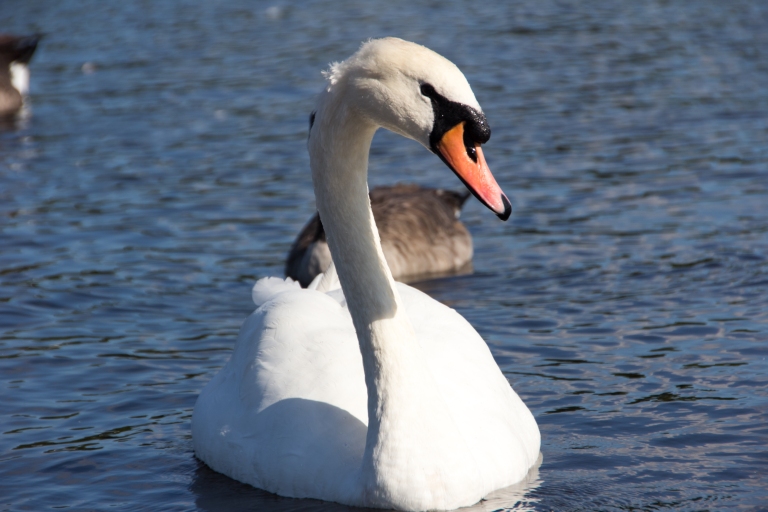 Well, not all of them were quite majestic especially when they were diving for food! Apparently they do not actually dive, instead they go underwater and stretch their long necks to grab food. Too funny to look at from above water.

There were lots of starlings chirping happily away. This one was very curious with what I was trying to do, which was capture the iridescence of its feathers. I didn’t quite succeed as he kept moving and won’t stay still. Lovely colours when the sun hit the feathers!

Now this squirrel was most curious! He kept coming closer so I was on my feet trying to steady the camera and at the same time ready to run back in case he thought I was a threat and attacked me. But he kept his distance while still giving me a chance to take this photo.

And then he went and did this! It was quite impressive, not sure what it means but he looks like he was ready to pounce! Do squirrels pounce?

In the city, Trafalgar Square to be precise, there weren’t much animals, apart from pigeons and this horse. Sort of. It’s a horse skeleton statue with the London Stock Exchange ticker fixed to its leg. It occupies the famous Fourth Plinth where contemporary art from artists around the world get to display their work.

And of course, there are the lions around Nelson’s Column. These things are huge and everyone tries their best to climb up the base and get photos taken next to the lion statues. There are no steps going to the lions so you have to quite limber to get up there!

Speaking of pigeons, I’ve noticed how fluffier and chunkier these are compared to the pigeons in Dubai. Added layer of feather to keep warm? Really good leftover food left behind by tourists? I don’t know. But they were quite happy to get close when we opened a packet of crisps! 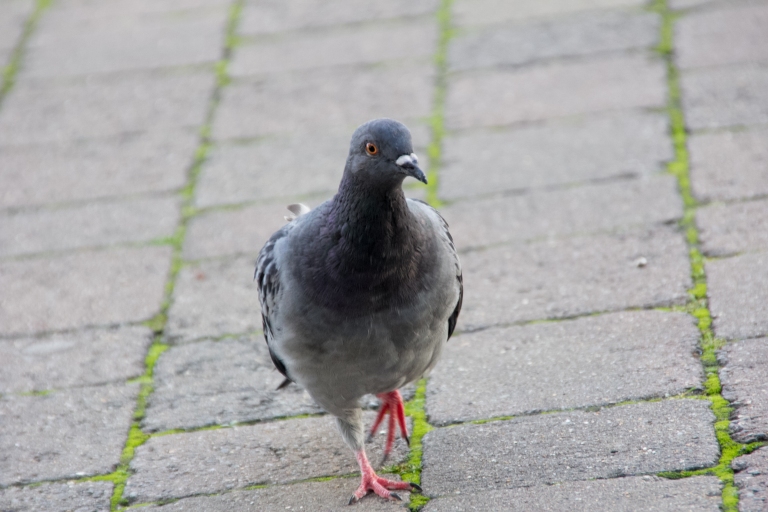 My husband got a bit obsessed with these cows near Stonehenge. The field around Stonehenge was accessible but there were warnings about getting too close to the animals esp if they have young as they can get over-protective. We tried to follow them and get close for photos but they started walking home (?) and even trotting! They were too quick for us to catch up.

My husband was quite pleased with our impromptu trip to Stonehenge (thanks again to Paula for chauffeuring us around – would have been impossible without you!) which meant we had to take a train at Paddington Station. It did not click in my head that this is Paddington, THE Paddington and I was so pleased to spot this sight. Yes, The Paddington Bear, complete with his hat, suitcase and note. Such a sweet surprise.

This post is way overdue, along with the rest of our London adventure. But I will get to them eventually. Just like the family photos from the last two Christmasses. Whoops!

3 thoughts on “London: the wildlife edition”