My knitting this year has slowed down considerably although I feel like I am always knitting! It could partly be because the items I have finished so far are large pattern-heavy shawls. Not complaining, but wish I could tick more WIPs from the list. And don’t even get me started on my ever-changing Ravelry queue!

I’m glad to have finished this shawl, though. It’s Daybreak by Stephen West, back when he was just a normal knitwear designer and not this avant-garde, neon-eye-make-up-wearing, flower-pasting pixie. Not dissing, it’s entertaining but really takes focus away from the designs. Ah well, thank you, Stephen for these sensible designs from your early years. 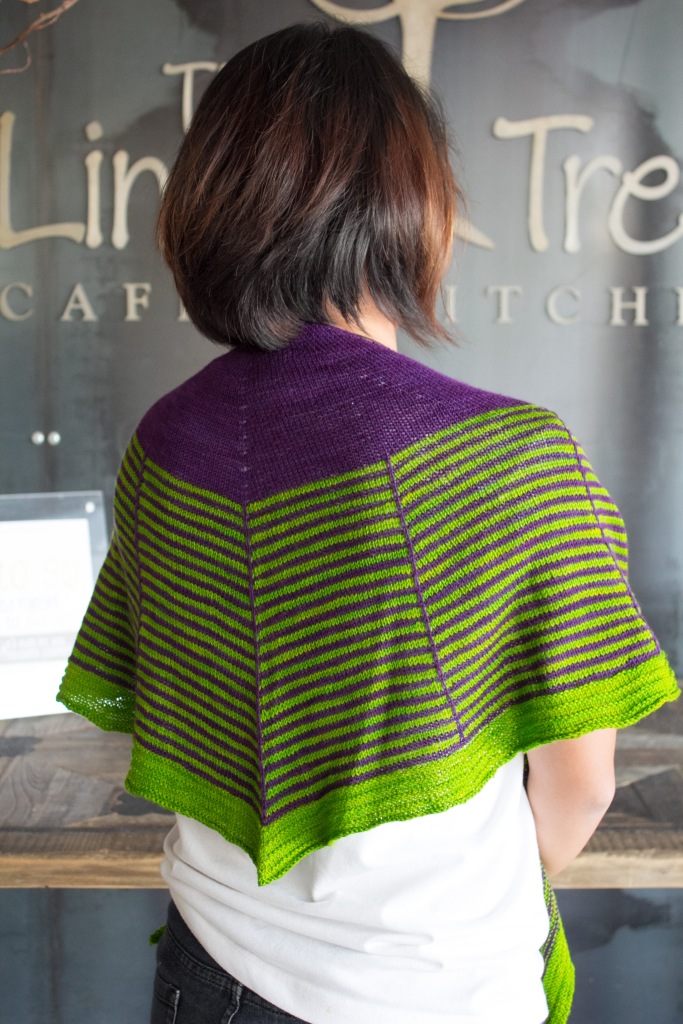 I cast on this project during one of the local knitting group meet-up. During the course of the afternoon, I had to frog twice because I had forgotten how to do a garter tab! And then I had to frog once more when I got back home that evening because I couldn’t get my head around the increases in the solid section. Thanks to AriadneWebb’s project notes for the halfway point cheat sheet, I managed to get it sorted or I would have given up altogether.

At first I thought I was being clever by placing stitchmarkers after each increase in the body but then I forgot to take into account the extra increases on the wrong side of the shawl making my stitchmarkers redundant. There has to be a better way of marking your place instead of counting stitches which takes up so much time!

I was glad to have my model back for a bit. Shame I didn’t have more FOs for her to model though. Note just how much smaller this large version of the shawl is. It’s okay for someone slender like Eibee but for my frame I would need it twice as large. I wouldn’t mind knitting this again using sport weight yarn even to get a shawl with good coverage. 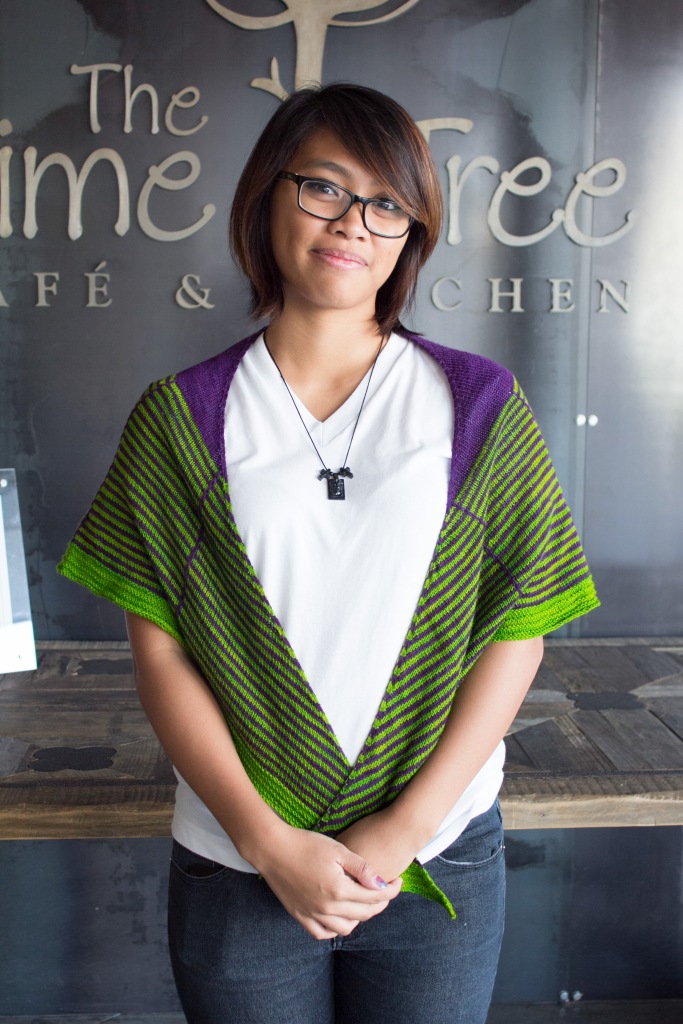 Or I could always just wrap it around and wear it like a scarf/bib. The longer ends can be wrapped around at least once so it would be cozier without having to worry about keeping in place on your shoulders.

For the stripe section, I was a rebel and did not use stitchmarkers because once you have a couple of repeats, the slipped stitches themselves act as stitchmarkers. Just be mindful of the first and last slipped stitch because that’s where I made mistakes for two rows. I didn’t think they were too bad so I didn’t frog back to the start.

One final mod: I didn’t do all 7 purl ridges because I think it was big enough. Also so. many. stitches.

I still have plenty of either colour of yarn left so I already cast on another Daybreak right away but in reverse colours. Mel calls this the Hulk shawl because of the colours. I agree. I thought the green would be too loud but mixed with the purple it was toned down a bit while still catching your eye.