It’s painful to think that the kids have been here for a month now, and that a month from today they would be flying back to Manila. Much as I would love to keep them here, they have school to go back to. And that is important. But right now we are making the best of the time that we have together.

Motherly rambling over. Now, what about this strangely cool weather at this time of the year in Dubai, huh? The sun has been hiding behind grey clouds and we have been getting spells of rain. The kids love it! Usually by this time of the year, we’d be complaining about the heat that is starting to envelope the place. Last Saturday, after we came home, there was a light rain so the car would eventually be covered in a light dust and sprinkle of rain. 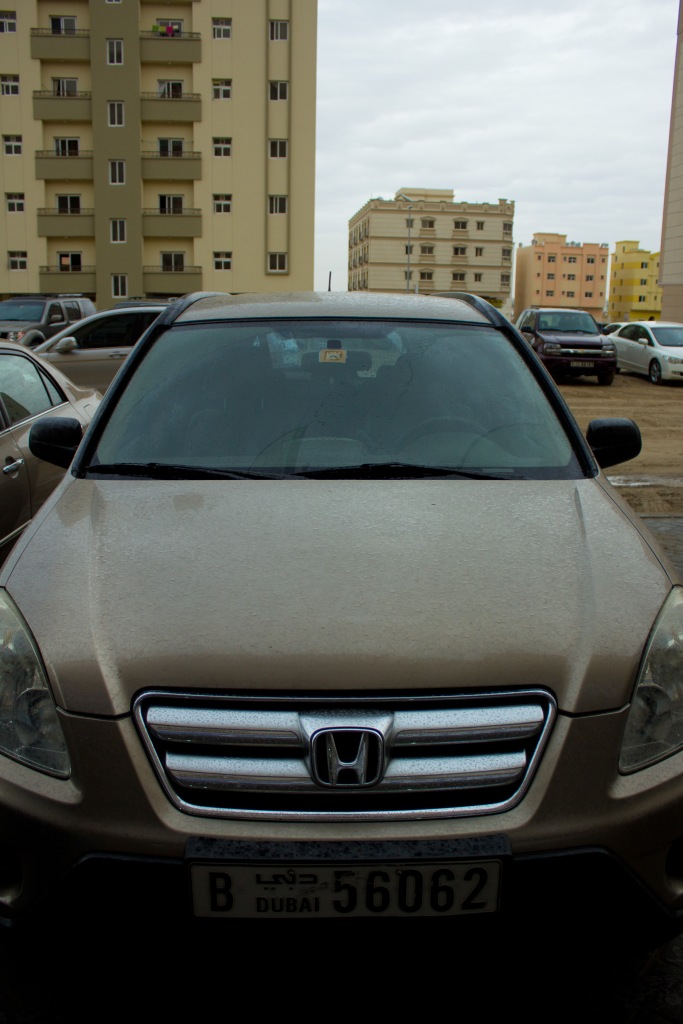 One of Luca’s favourite past times. Not! He’s such a scaredy cat. He won’t even look over the balcony, yet he loves pacing back and forth from behind the glass door to “stalk” the birds flying from the top of our building to the next. 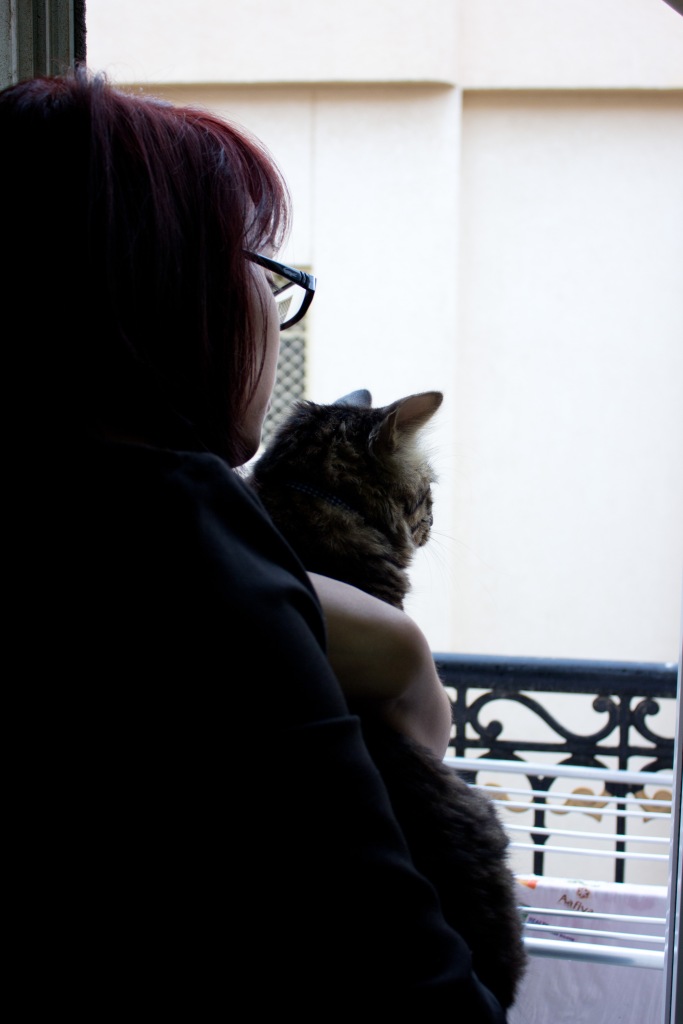 So yes, we went out last Saturday, the kids were going stir crazy cooped up at home. We had another perfectly good excuse to have lunch outside too: we ran out of cooking gas and there was no delivery available. So to Festival City we went! 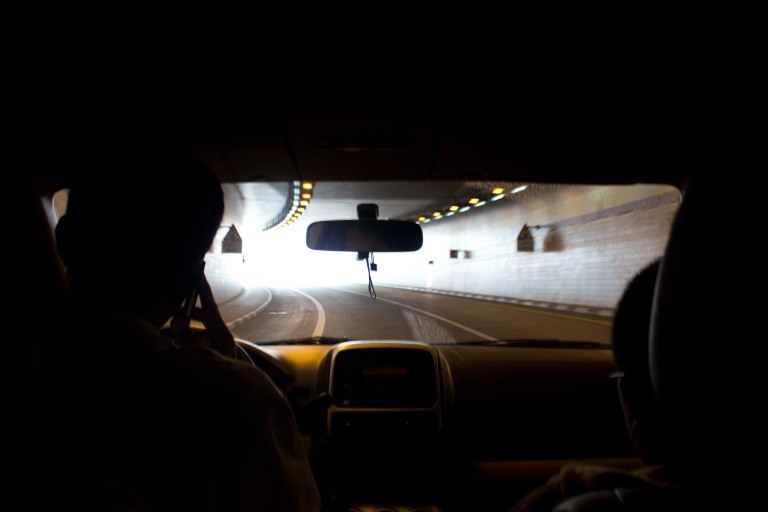 These birds are clever. They don’t let any crumbs go to waste. Perfect garbage collectors! Joseph took this photo, but it wasn’t very clear as he couldn’t get close enough with the kit lens. 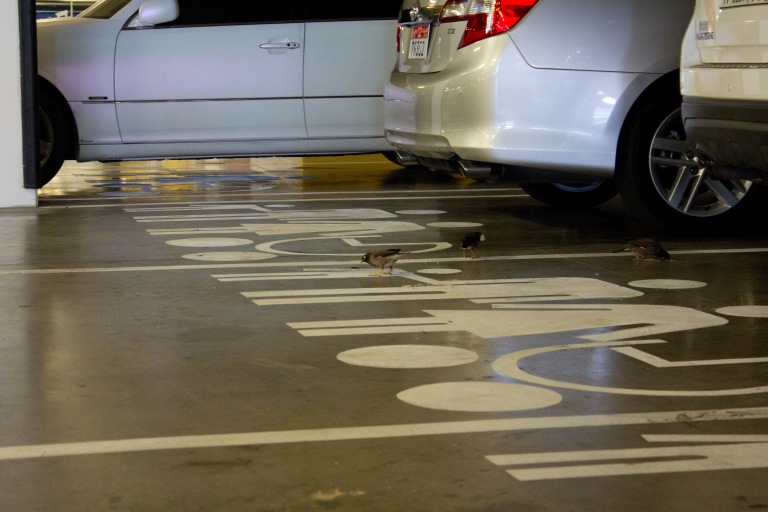 Here are the obligatory food photos. This is Bernie’s lunch: grilled salmon and mashed potato plus the Greek salad which we shared. I brought the apple with me and I also had the salmon but with rice. 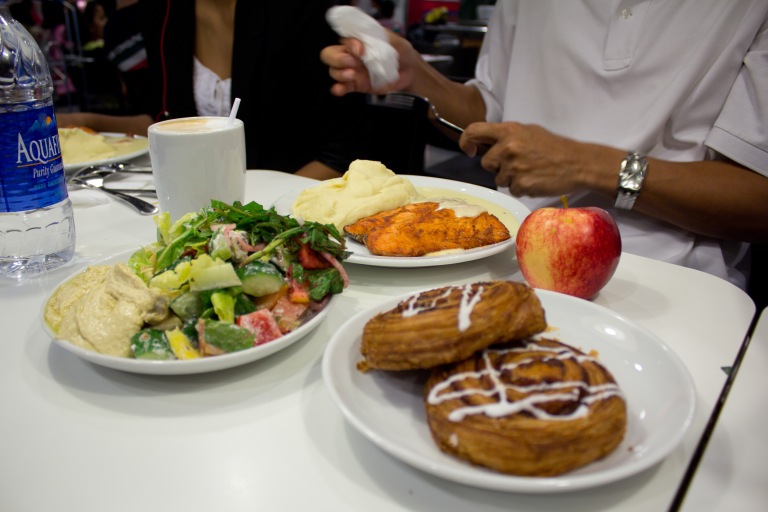 The kids love it at IKEA, it was their choice in fact because they said the food is good plus it won’t break the budget. Quite right. Joseph had his favourite Swedish meatballs with rice and sauce. It looks fit for a man about to walk the green mile, but it was somehow not enough for my son. 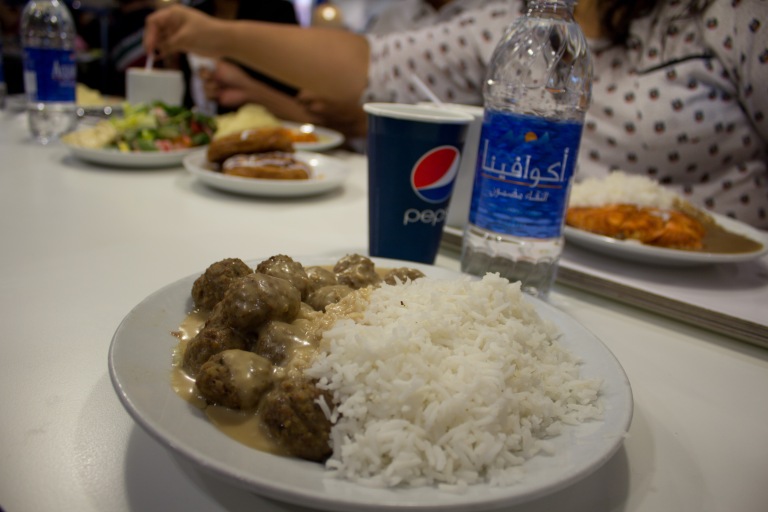 His hair has grown so long in the past month. You can barely see the streak of Z carved onto teh side of his head. He thinks he needs a haircut, but I keep telling him to put it off until later. And yes, he was wearing a jacket because it was cold! 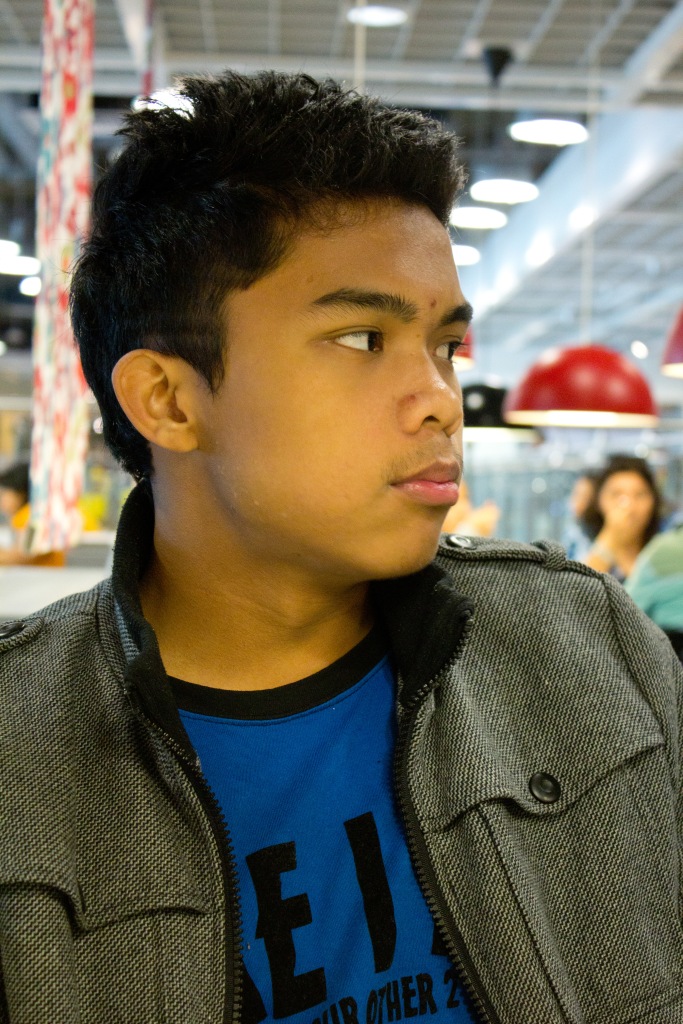 Patrick had the no-horsemeat meatballs too 🙂 He loves them! 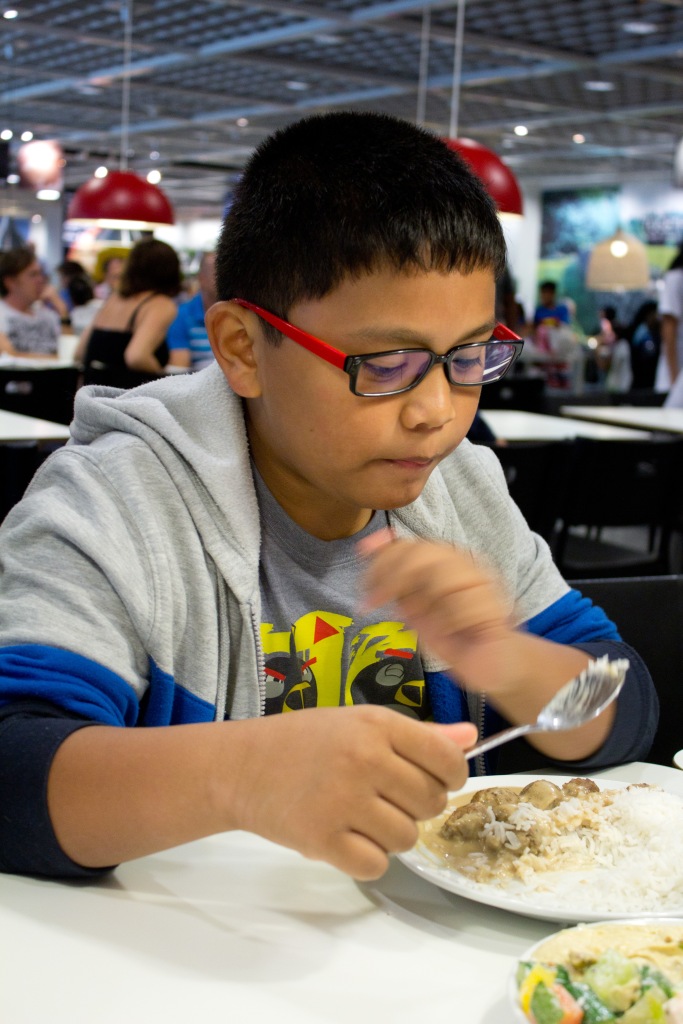 After a spot of lunch, we headed over to the Mirdif City Centre, at the children’s request. There was nothing good on at the cinemas yet so we spent AED100 plus some bonus points at the arcade. As usual we spent most of it playing basketball and earing loads of tickets! Afterwards the kids used the bonus points to play air hockey and get on the rides. 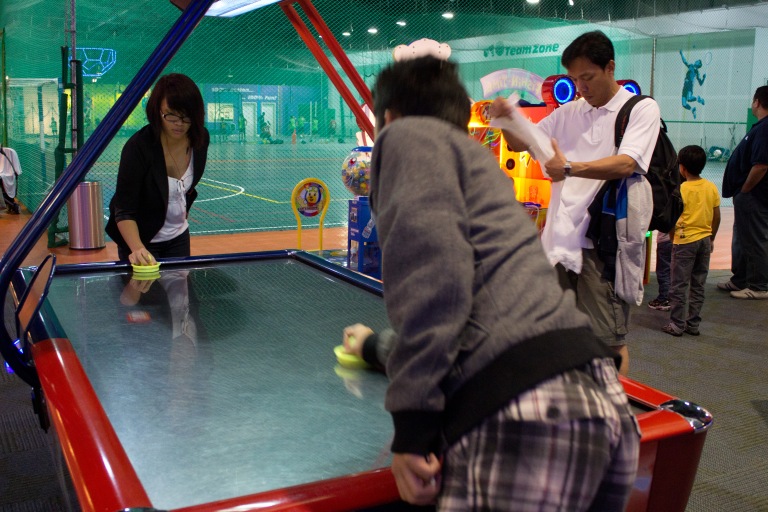 Joseph won his game against Eibee, even when the puck kept flying out of the darned table! 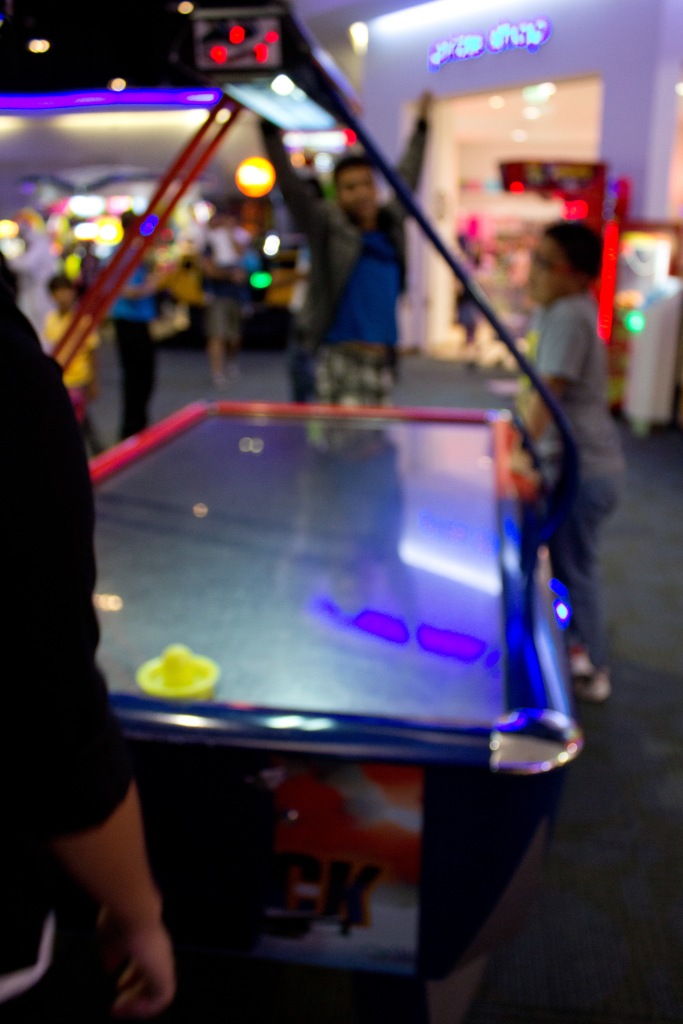 There was a game on one of the indoor football pitches and we stayed for a bit to watch. The kids were so cute! Tiny little things running around chasing a ball and hardly even able to kick it. It was great though, you could see some were very competitive while others were just happy to be running around away from the parents or the nanny. 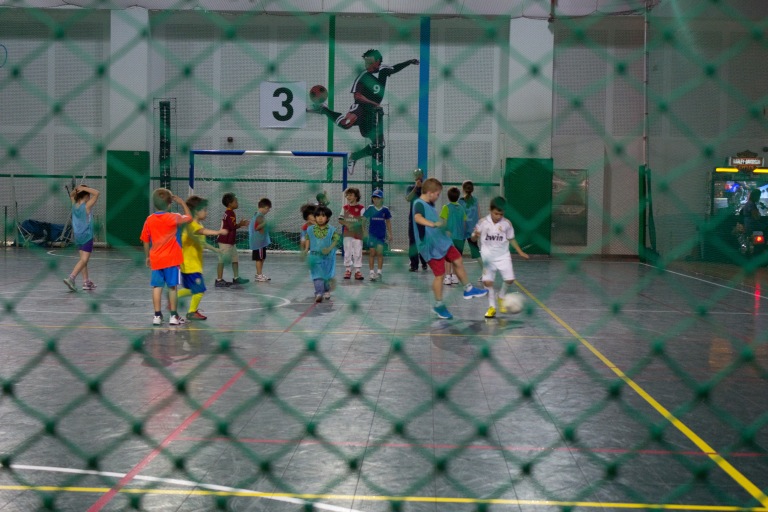 It was an early day for us and we were all quite stunned to be heading home while the sun was still up. We were all quite tired anyway so it was good to relax in front of the TV and catch up on our shows.