A week ago, Bernie had to go into work as they were upgrading their network server. The timing sucked, obviously, because the college kids are in town and would have loved to spend every moment they can with their father, and vice versa. But it couldn’t be helped, so now Bernie owes the kids a weekend. While he was wrangling with the new server, the kids and I went out to town on the Metro. They have been on the Metro before but not all the stations were open at that time. Besides, we had no other means of transportation so this was the only way to travel. It didn’t look like Eibee minded it at all! And, erm, I just noticed that she is wearing my top, carrying my cardigan and using my black sheep bag!

Piling in one by one at the GGICO Station to the Jebel Ali platform. We were going to the Mall of the Emirates for lunch and other stuff. Yes, I know we could have used the stairs or escalator, but my legs were still sore that day after hurrying down the office fire exit after the earthquake a few days before. 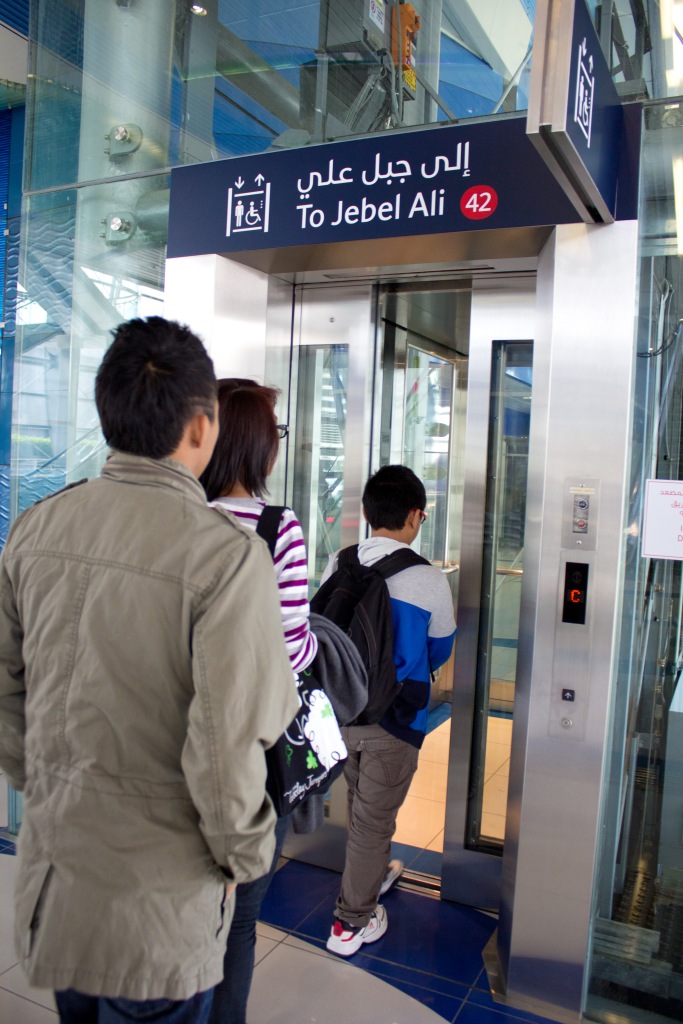 The kids wanted to have lunch at the MOE food court, so that’s what we did. Joseph naturally had his Mushroom n Swiss meal. No photos of lunch as we were too busy eating. We hit the arcade soon after. The boys played billiards and Eibee and I played basketball.

The Guitar Hero was right next to the billiard hall so the kids took turns between the two. It was such a proud mother moment for me when Eibee started playing Coldplay’s Yellow and these men stopped for quite a long while to watch her play and be in awe of her. I bet they wished they could play like her!

Before all of the above, we booked our seats to watch GI Joe 2: Retaliation. It was an entertaining film, I think. I can’t really remember most of what happened apart from Channing Tatum’s character getting killed off in the first half of the film. I don’t know why I never liked him. Just something off about that kid. Anyway, I usually like the previews at the beginning more than the film. Patrick was playing “Name that film” with the first few seconds of every preview. And of course he knew the trailer on screen was Iron Man 3 before I could even blink!

On the way out of MOE, it was inevitable that we would have ice cream because the Cold Stone outlet was on the way where the exit to the Metro was. Eibee paid for ice cream!

Joseph and his Chocolate Devotion. Forever and ever. Amen.

Patrick was clearly enjoying his ice cream treat. No doubt about it! 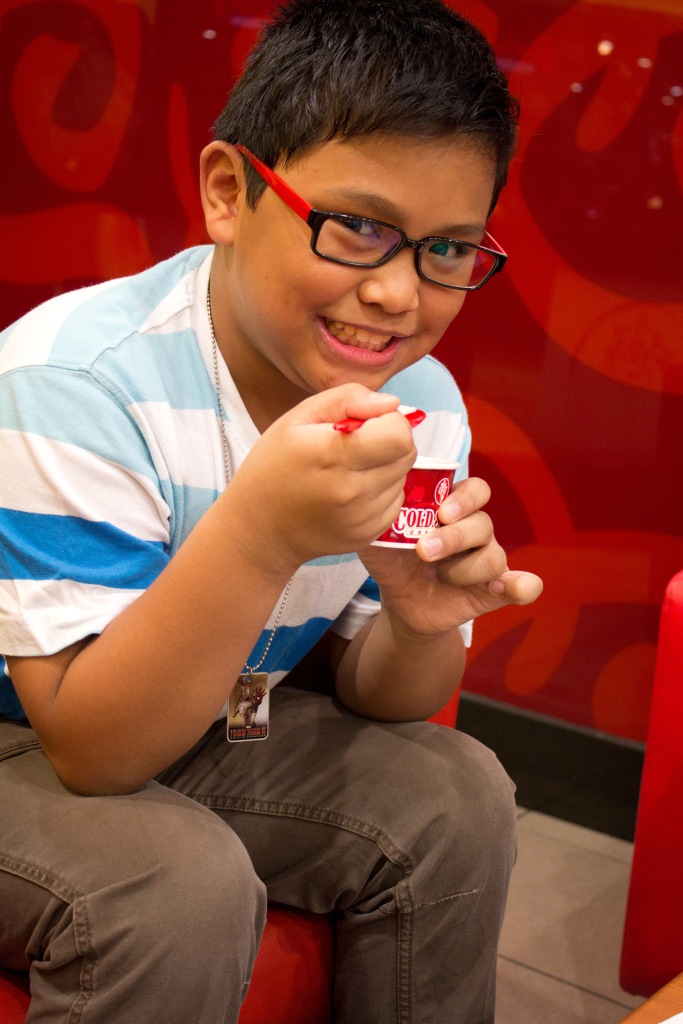 We hopped on the metro again, which was nearly overflowing! It was a very tight squeeze, and some people stunk to high heavens! We stopped off at the Bur Juman station but took the wrong exit, which is known to happen in larger stations located at main intersections. We had to go back and figure out where we had to exit to get to the right side of Karama. I took the kids to Cha Time and ordered our drinks then walked across to Wok It for dinner. They love it! And I am sure we will be going back a few more times while they are here.

Not the best photos but I had to stop and take a photo of the moon over Karama. 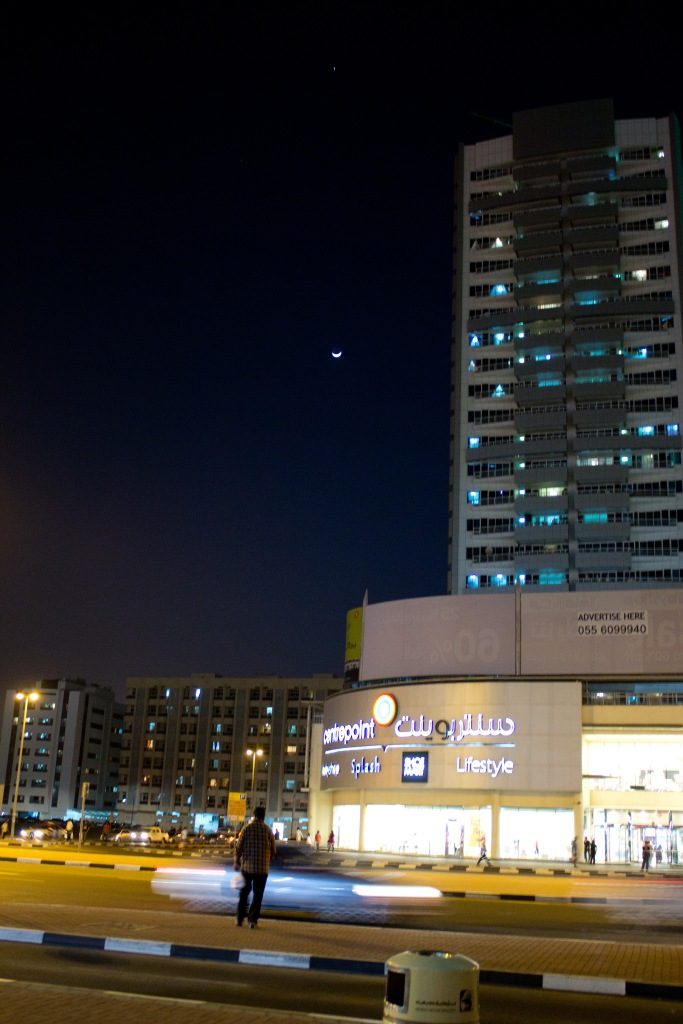 4 thoughts on “Out in town”