A while ago, I was admiring a pair of socks knitted by someone on Ravelry. The colours were just amazing and I wondered how easy it would be to duplicate. I planned to dye a couple of my Squishy base and mixed up a few colours of dyes. As is often the case with my dyeing adventures, I ended up with something different (and still pretty I think!) from what I had set out to do. Thus, the colourway called Riot was born.

A third skein was dyed shortly after to see if I can duplicate the earlier results. I’m happy to say that yes, it is repeatable. Yay! I coveted that third skein and decided I will knit with it to see how the colours stacked up.  Depending on the lengths of each colour section, I think this will pretty much avoid pooling or flashing. 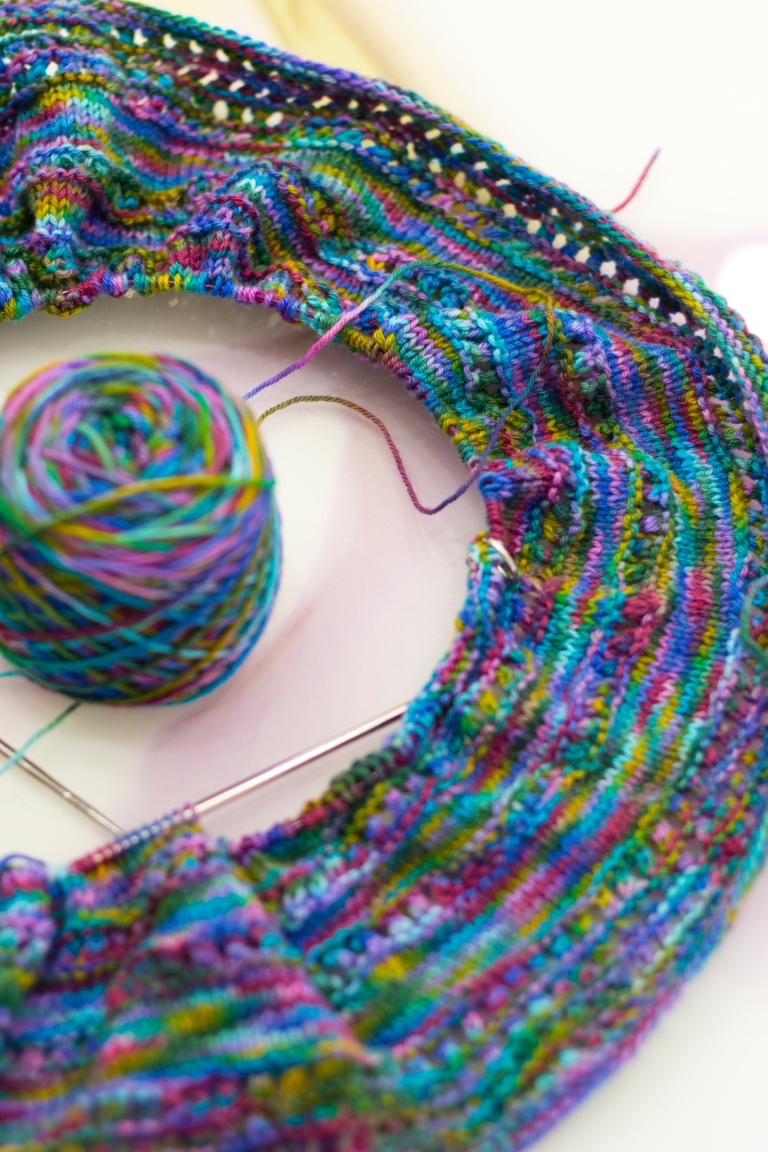 The colourway, busy as it was, seemed perfect for a Summer Wind infinity scarf. I have seen a few of these done in variegated colourways so I grabbed my 3.75s and started it on America’s birthday. Since it was more or less a shop sample, I didn’t plan on keeping it. This colourful little thing is currently on its way to Perth, Western Australia to live with my good friend Kymie. 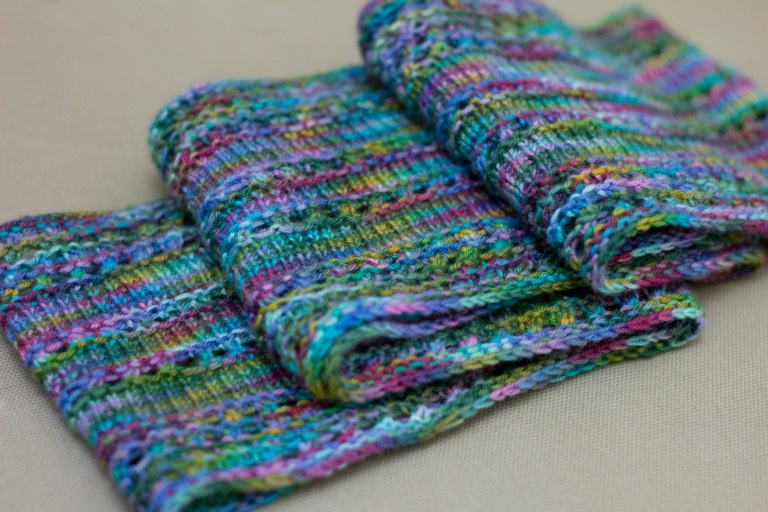 Since my supposed visit to Australia earlier this year didn’t happen and Kymie was away as well anyway, this is the next best thing: a knitted hug from me. The real hug will have to wait a little while longer.

Project: To Perth With Love (Raveled!)
Pattern: Summer Wind by Carrie Sullivan
Yarn: Dubai Knits Squishy, colourway Riot
Needle: US 5 – 3.75 mm
Cast on: 4 July 2012
Cast off: 19 July 2012
Notes: Only did 2 repeats of the centre pattern as I was worried the yarn was not enough, but I shoudl have gone and did 3 repeats as I had plenty left after I bound off.