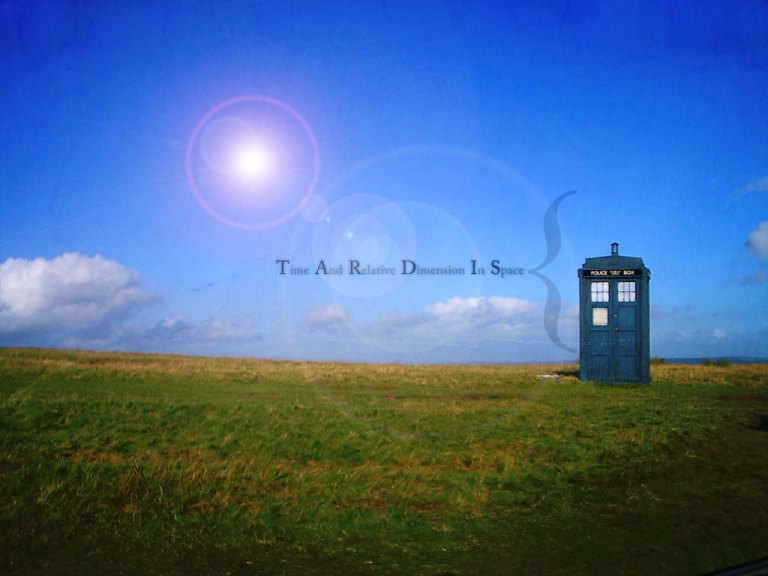 Before I show you the FOs, just wanted to say something about the Doctor and Amy and Rory and, while we’re at it, let’s throw in Gwen and Jack and Rex and Esther. And yes there will be spoilers, so if you have not seen any of the current season episodes, look away now.

I love that the whole storyline about River Song is now established and she can go back to her own timeline and jail cell for now. And I love that we are now back to all the travelling and running and dodging out of sticky situations that those crazy young lovebirds get into. Did you see the sneak peek for next week’s ep? The Angels are back! Yikes and Yay!

As for Jack and Gwen, well, it was One…Long…Freakin’…Season…and I am glad it’s over. I did not really like the whole Americanization of the series. No offense to Americans. It’s just that the feel of the show shifted so much and Rex, with his brash CIA tactics was like nails on a chalkboard. Did he really have to be that rude? To everyone?

And Jack, God love him! The whole bartender and Angelo Colasanto scenes could have been done without showing any skin. Did John Barrowman write it into his contract that he gets to take off his clothes and kiss and feel up his handsome male co-stars? My kids watch Torchwood, for crying out loud! Anyway, glad that whole season is over so please, Mr. Davies, can we go back to the regular scheduled programming for next season please? Thanks.

Okay, rant over, now on to the knitting.

I love me some Pride and Pejudice! In fact, last Sunday, when the boys went back to school, I put on the BBC version on DVD and enjoyed an uninterrupted Darcy and Bennett show. I need to watch disc 2 at some point. This shawl is called Longbourn Shawl. It does not really evoke Eliza Bennet at all, does it? It’s pink after all. But the yarn was actually part of the Knit It Up Pride and Prejudice Club which was one of the very first clubs I joined. And this skein is called Sweet Fool, in honour of Mrs Bennet. I meant to knit a pair of socks with this but decided I’d rather like a shawl. The bamboo in the yarn would make for a great drapey shawl too. 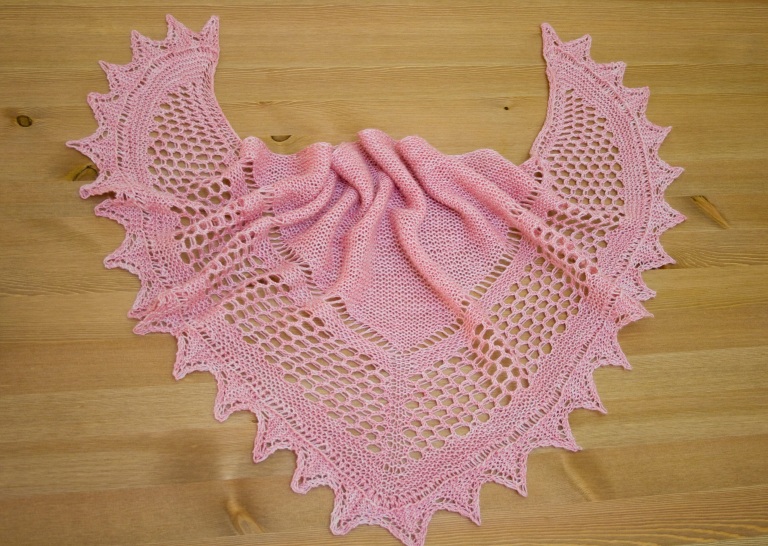 My daughter modelled it for me. You should be familiar with this T-shirt by now. She loves wearing it every time I ask her to change into something else for a photo. I love this shawl. Will definitely knit it again but with a 100% merino yarn. Wollmeise perhaps. 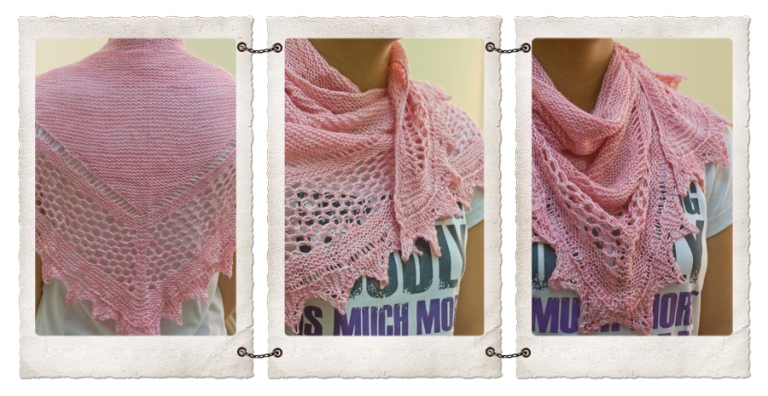 Project: Longbourn Shawl (Raveled!)
Pattern: Aestlight Shawl by Gudrun Johnston
Needle: US 6 – 4.0 mm
Yarn: Knit It Up Bamboozled
How much: 0.9 skeins = 427.5 yards (390.9m)
Colorway: Sweet Fool
Cast on: 14 Aug 2011
Cast off: 23 Aug 2011
Notes: Followed other Raveler’s lead and picked up stitches along purl ridges of either side of the Bird’s Eye Lace then knitted a couple of rows before binding off. Blocked it like there’s no tomorrow!

I very seldom knit the same pattern more than once. Socks are an exception because once I find something that suits my yarn and gauge, why should I pick up something else that might not fit? I’m not much of a scarf knitter, mostly because I hate purling. But infinity scarves are different. Even if they have purls, they are knit in the round, which means I finish sooner than if I were knitting flat. This is my second Variance and I love it!

The yarn, Pigeonroof Studios Cassiopeia DK is amazing to work with. It’s similar to Tosh Pashmina but in a heavier weight. The colours are remarkable and the stitch definition just pops! This would be perfect in a garment. 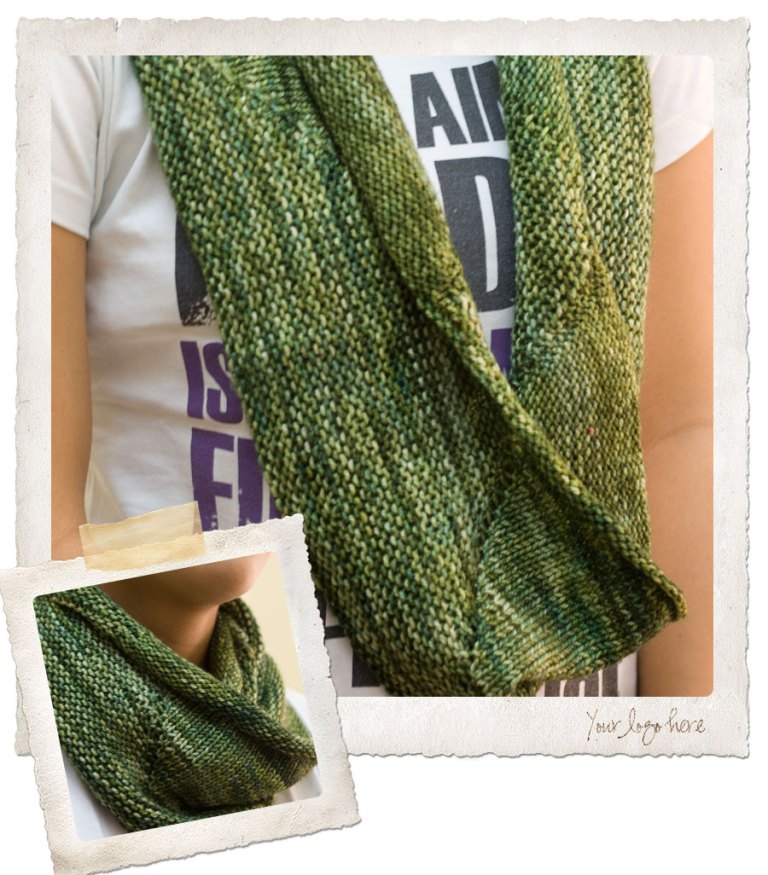 Project: Luminosity (Raveled!)
Pattern: Variance by Lisa Mutch
Needle: US 8 – 5.0 mm
Yarn: Pigeonroof Studios Cassiopeia DK
How much: 1 skeins = 260.0 yards (237.7m)
Colorway: Julep
Cast on: 9 Aug 2011
Cast off: 26 Aug 2011
Notes: I only had 2.5yards left! I cast on for the larger size and I didn’t finish the pattern. I had 6sts on the purl sections when I bound off. PLUS I forgot the final purl round before binding off so I have a roll on one edge. I can live with it though.

It’s been a while since I knitted a hat. This project was quick and easy. The yarn is so unbelievably soft to work with and it softens much more after a wash. The rich, dark colours of Kim’s dyeing is superb. If you had told me three years ago that I would be knitting with a yak blend fiber, I would have laughed my head off and called you delusional. But here it is. A hat made out of 75% yak, 25% bamboo fiber. Amazingly soft and drapey. It’s shiny too! 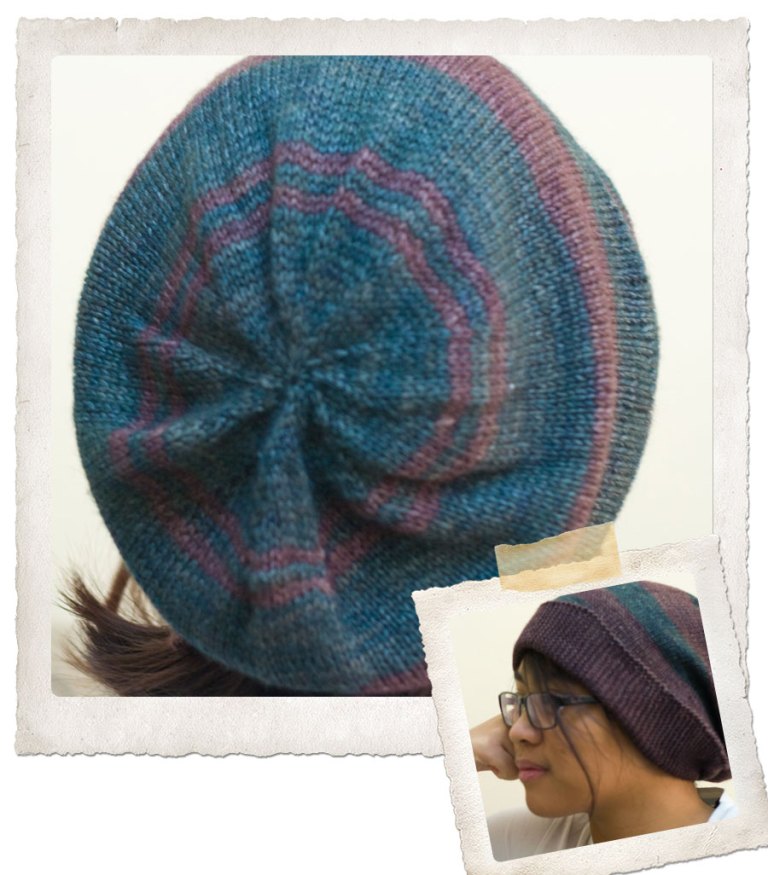 More neck thingies, this time in bulky yarn. I’ve never worked with bulky yarn before. It is so gratifying! I did the grey in one sitting. So quick! The design – hang on, what design?! I just cast on an odd number of stitches and did a seed stitch pattern until I ran out of yarn. I added two YO buttonholes for the grey. I finally managed to find something for those darned brown wooden buttons! 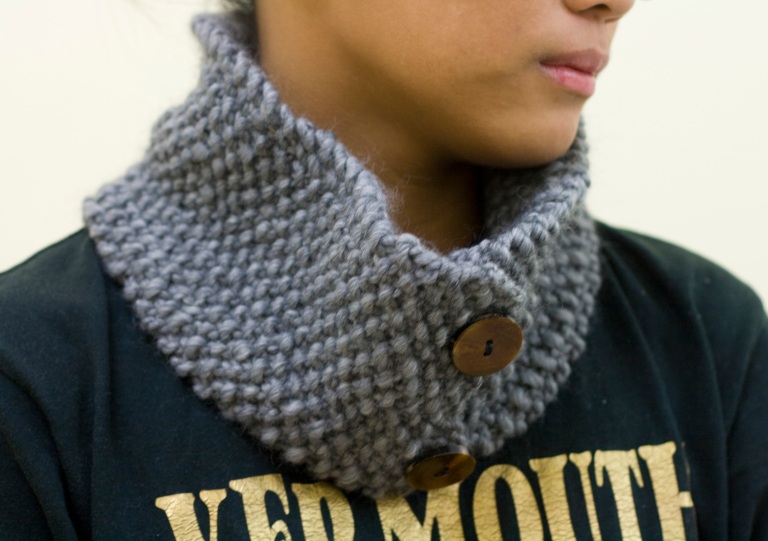 For the black, I decided to be clever and do an infinity scarf but…wait for it! I twisted the join. Ha! I am so clever. Not! It’s been done before and I am certainly not taking credit for it. I love the effect. I thought I would run out of yarn or end up with a too small scarf which cannot be doubled up to form a cowl. But it worked! Yay! 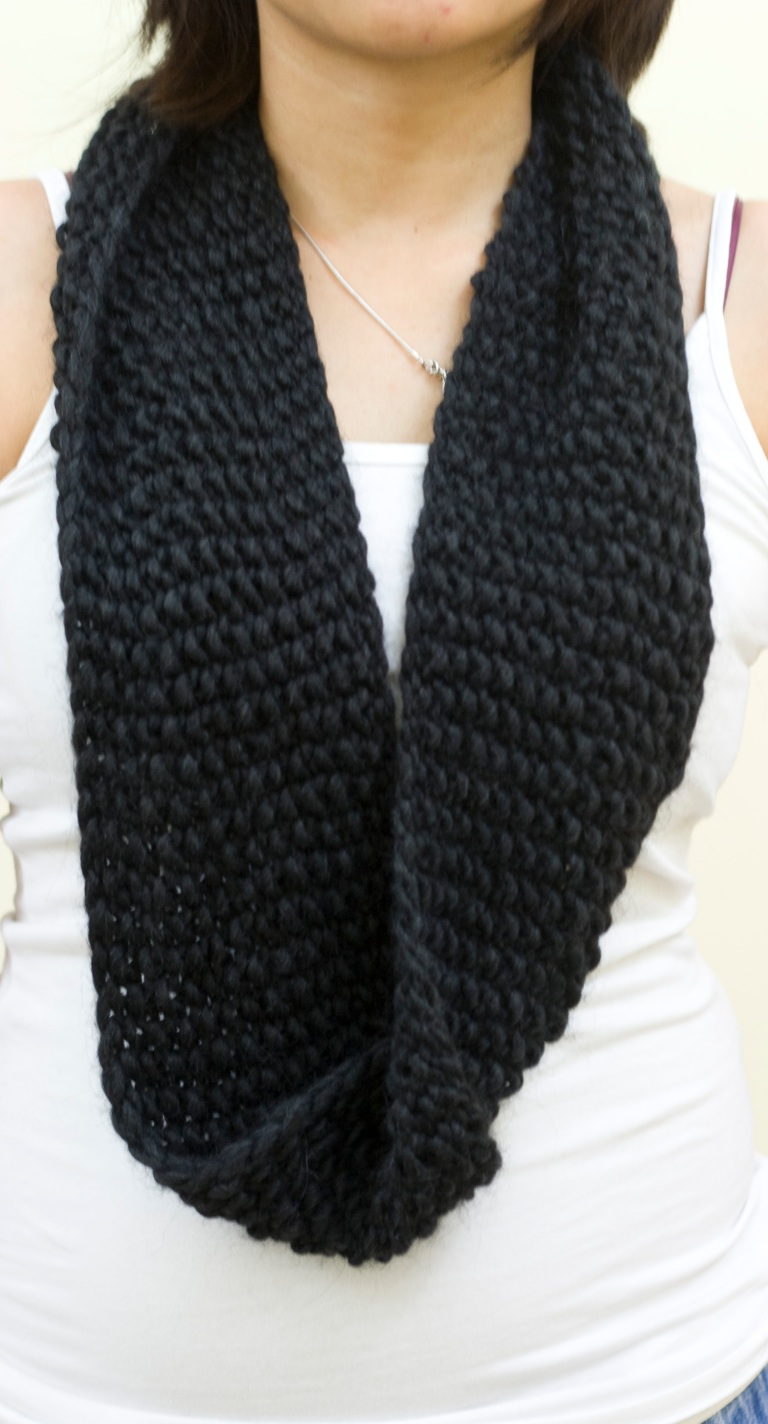 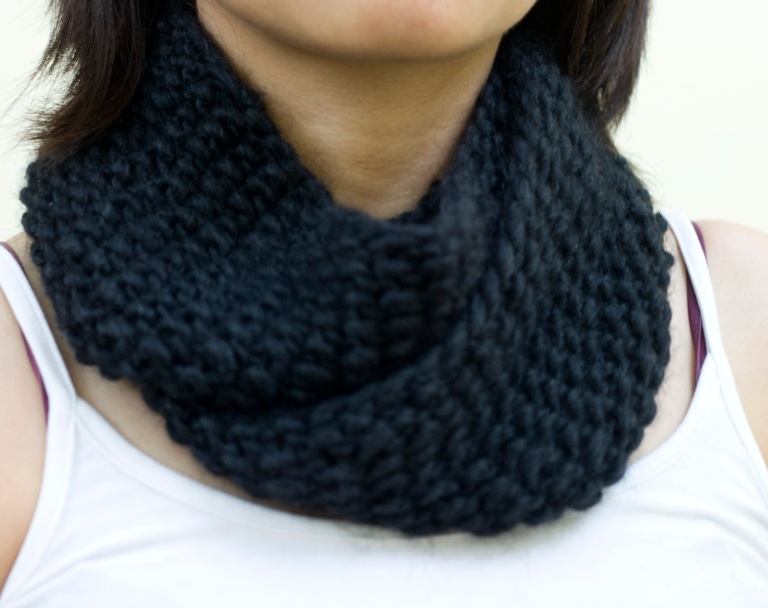 Project: Cowled (Raveled!)
Pattern: Seed Stitch Pattern pulled out of my head
Needles: US 11 – 8.0 mm
Yarn: Valley Yarns Shelburne
How much: 4 skeins = 196.0 yards (179.2m)
Colorway: Black and Grey
Cast on: 2 Sept 2011
Cast off: 4 Sept 2011
Notes: The yarns came from a destash from Carrie. I just had to knit something fast and easy so I grabbed the yarns and huge needles and cast on.  Thanks to Arnea for modelling the black faux moebius.

One thought on “FOs and a bit of a Whovian rant”