During one of our weekend mall trips, we passed by a novelty shop where these two sheep were “performing”. Shaun the Sheep! the kids exclaimed. And I immediately thought, oh Sean Franks, a Welsh bloke from my former employers who went by that nickname at the HK7s this year. Although I don’t think Sean would dance in front of random shoppers like this. Or maybe he would :). 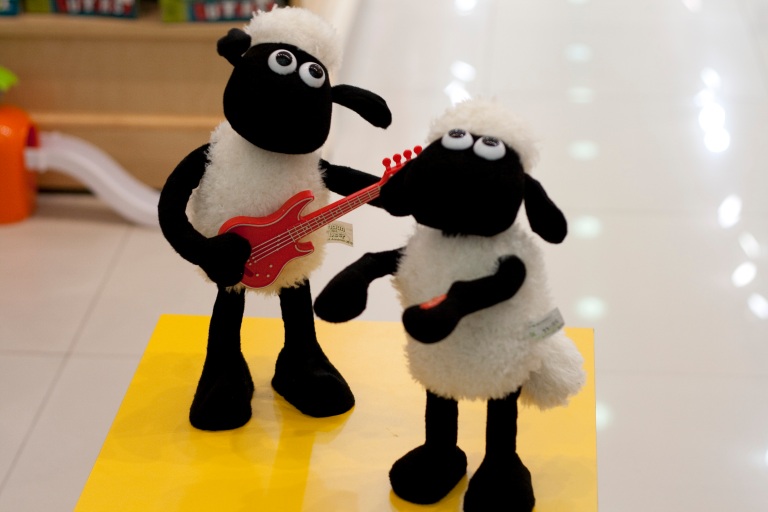 Portraits. I love taking them, esp if it’s my kids. I love candid shots too, as much as possible this is what I take. But sometimes they see me spying through the camera and they shy away. But I love it when they don’t! 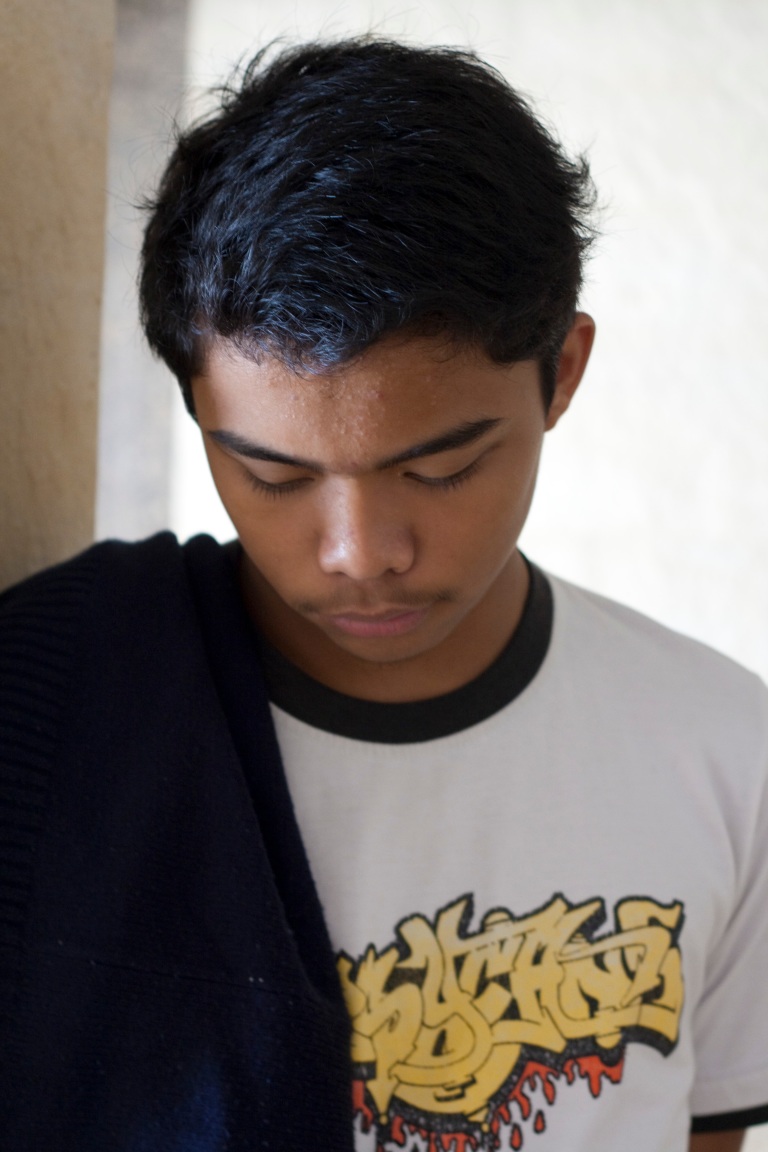 Esp when they pretend they don’t see me and just let me do my thing. Lighting wasn’t very good at Tony Roma’s because of the large windows next to us, but it worked out well I think.

She does not need to be coached! Flash the camera up and she’s ready with a smile or a pose. And her hair was so pretty that day – did nothing special, washed, towel dried, tied in a bun for a while then shaken off and it looked amazing like this. And she knew it too!

Of course more than half the time now, her face is buried on her Blackberry Torch – the evil device. Good thing she got the social package from Etisalat or we’d be paying huge bills for her phone. 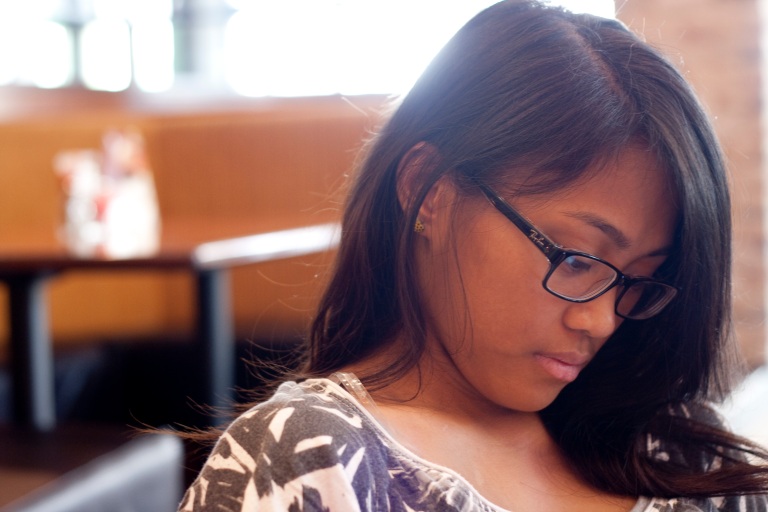 Speaking of posing, here’s a little poser you all know by now. She wore that plastic tiara the entire day. I did borrow it for a while when she got up on the grasshopper ride at the arcade. I was afraid it would go flying in the air as he was hurtled up and down on the thing. 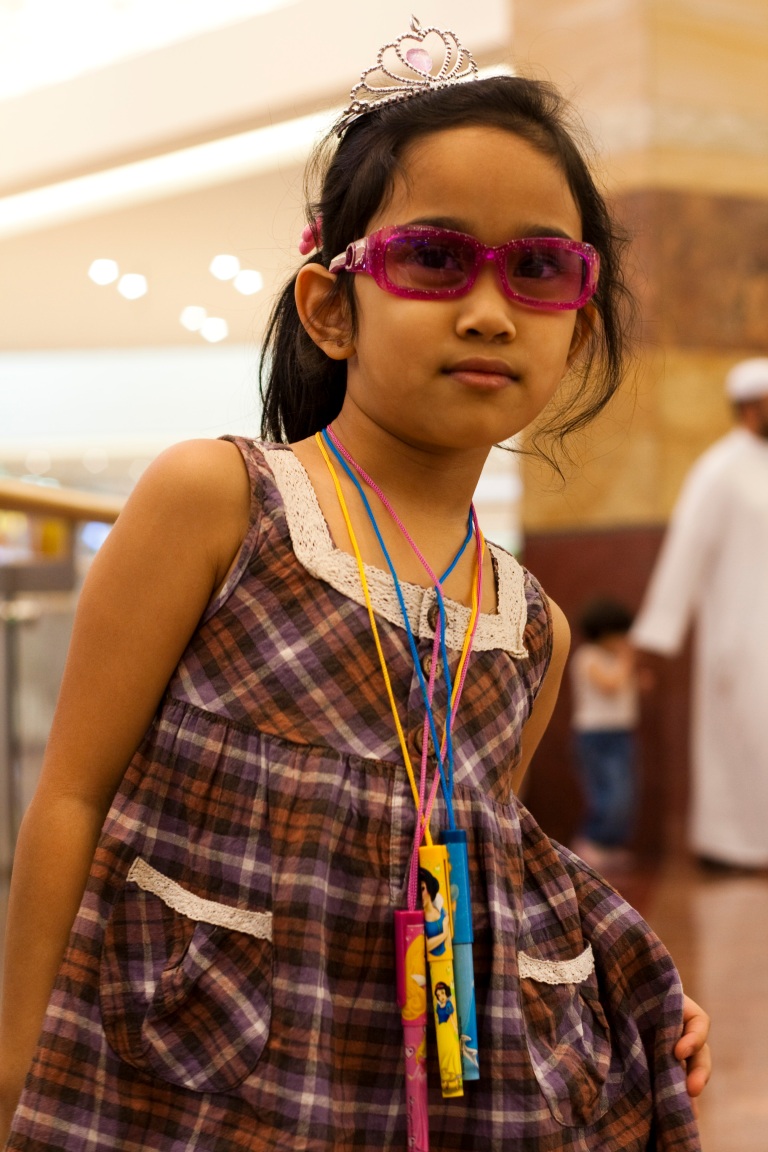 And of course her big brother is a bit of a poser too! He just had a haircut here so he’s looking quite clean and trim – not that he doesn’t normally look clean. Trim? Well, hahahaha! Love you, Ronan and your fat earlobes!

The little people are always on the iPhone, whether it’s mine or my sister’s. Mostly my sister’s because I don’t have Tap Tap Revenge on my phone and they love playing that game.

Even Bellybutton, all 5 years of her, is a whiz when it comes to iPhone games. She showed me how to play Cut The Rope yesterday and she is a whizbang on it. I probably would take ages to get the technique right.

Ronan changed into this shirt during lunch since he was wearing a pristine white shirt before and his mom didn’t want him soiling it. I looked at the writing on the back of his shirt and he wanted to see it so he turned the shirt around and started reading it upside down.

Lunch was great, as always. My Patrick ordered a half slab of ribs! I think he managed to eat half of it but it was still a huge portion for him. No more kiddie meals for this one. 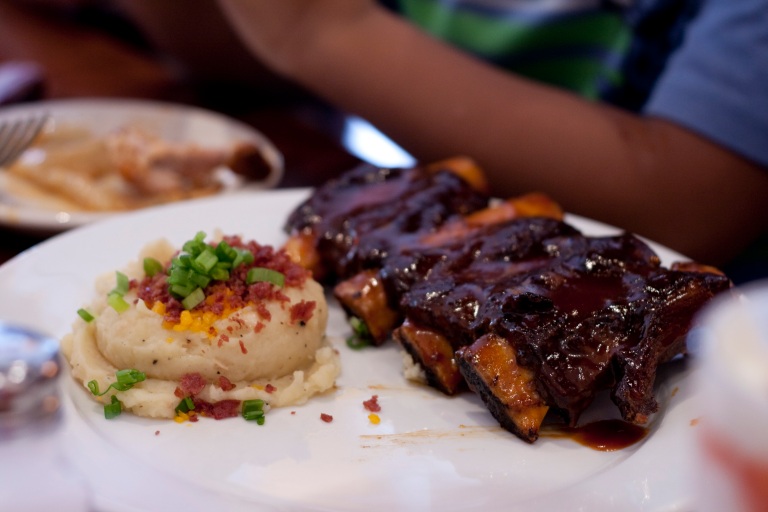 After another rigorous session of arcade basketball at Magic Planet, we had snacks at Sugar Daddy’s, using up our Entertainer vouchers before they expire. The kids got busy with pen and paper while we got our orders in.

There were too many yummy cupcakes to choose from but the red velvet cupcake is always my favourite. Get a load of this carrot cupcake with the very pretty icing on top! It looks too pretty to eat.

My three biggest kids – right after lunch. One of these days they will both be taller than their father. Joseph is nearly there and he is still growing like a weed. Eibee, maybe not so much anymore, but she is a smidge taller than me now.