Last night was our corporate bowling event – 10 months after the first one.

Rob, who organized the event again, kindly made it my farewell party too. I am leaving the company on Monday after 5 and a half years. It was great to have this one final social event before I left. And everyone chipped in to get me a going-away present. Here’s a hint. 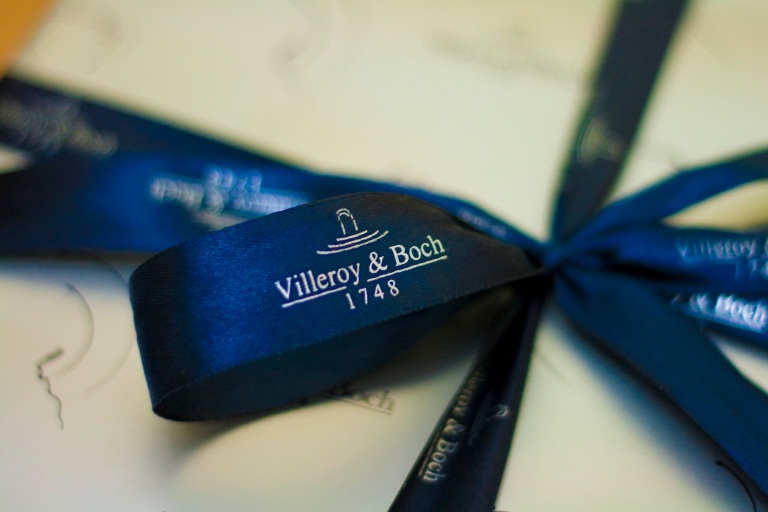 But now, bowling first! We all put in a full day’s work before changing into more casual attire and heading out to the bowling alley. By casual, I don’t mean the big print Hawaiian shirts – those were part of the Dubai Bowling Centre’s corporate package. It was great that Tim, my boss, was there since he missed the bowling last year. We played in the same team and we managed to do well despite lack of practise. 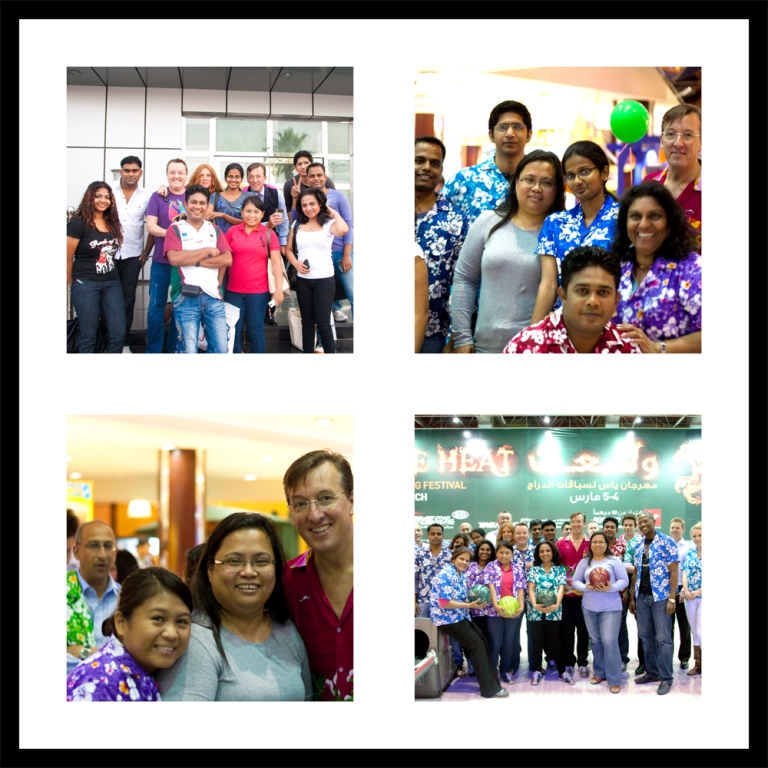 There were some serious contenders. Leigh, who was in our team, have never bowled before but managed to do really well and even hit strikes and spares. Every time she bowled a strike she would do this moonwalk and robot dance, but I was too slow to catch it on video on the iPhone. She was a lot of fun! In the end there could be one one champion and it was James Campion’s team. 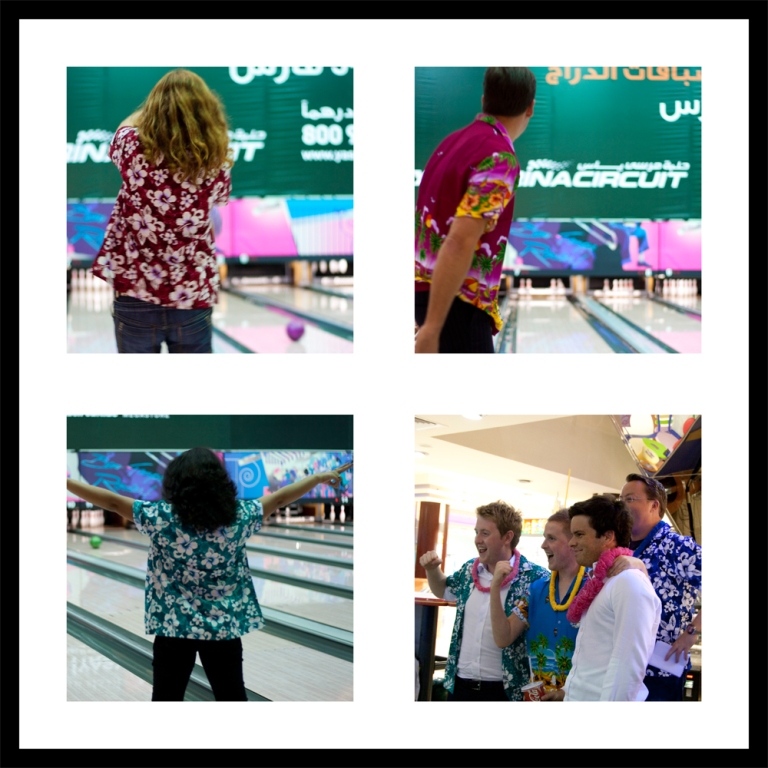 It was a good turn out and I had a great time taking mostly candid photos. Someone took the camera away from me so I am in some of these photos, which is not usually the case. The hideous shirts don’t look so bad, do they? 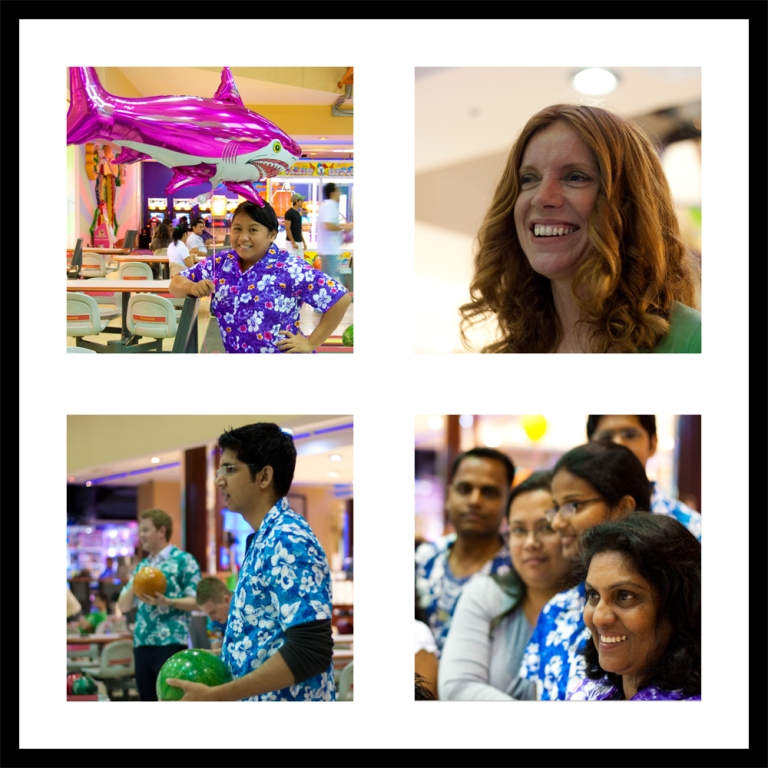 They served us snacks, burgers, pizzas, potato wedges, salad and club sandwiches. Sorry about the stolen shots but these work the best for me. Shony, forgive me! 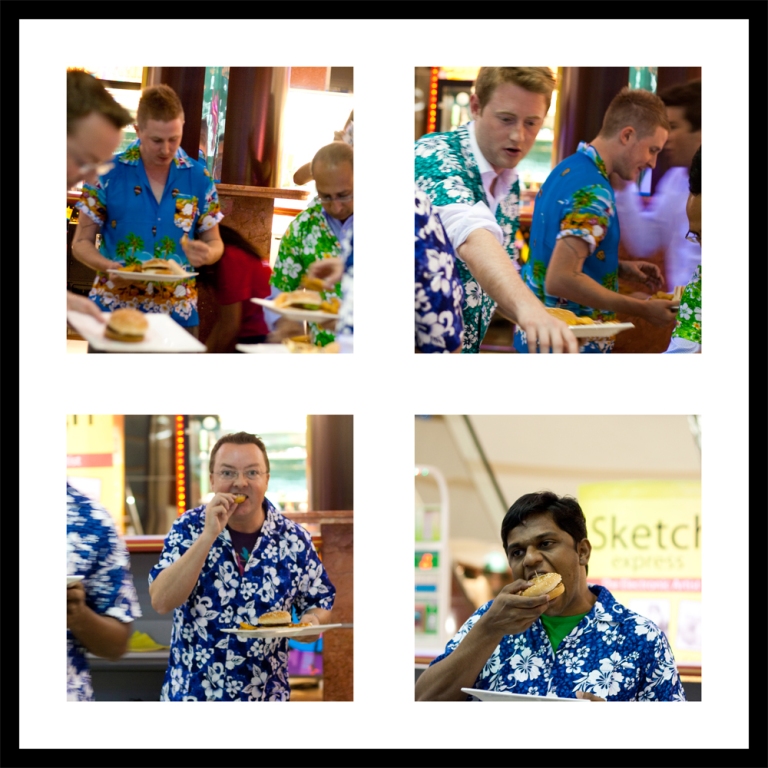 Scott, our Senior VP, caught up with us after his 6.30pm client meeting but was not able to play. He brought along my going-away present which, again, I discovered in a bag and spoiled yet another surprise. More random and candid shots. 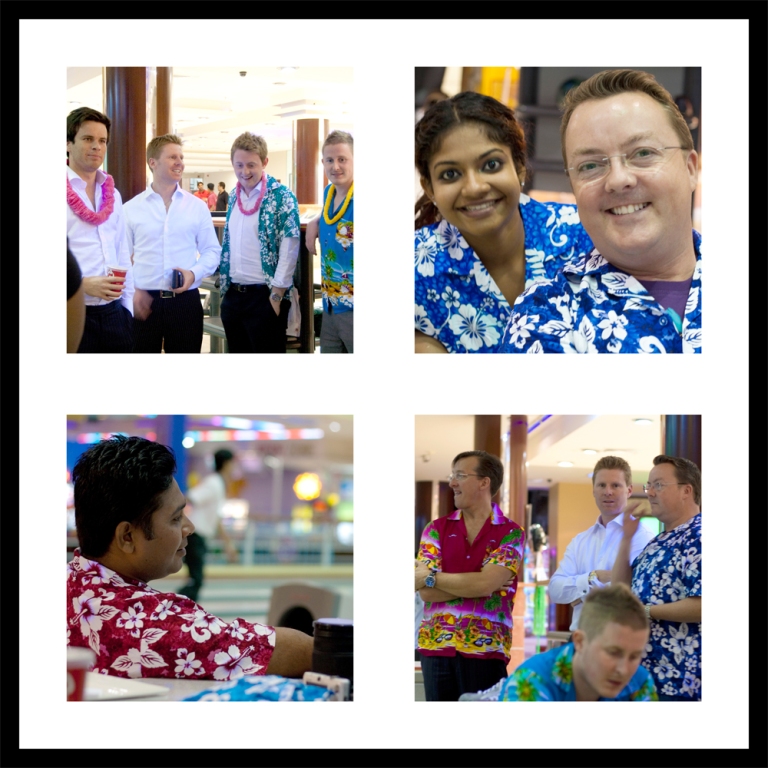 Again, I brought my 50mm lens which I favour for its speed and shallow depth of field so some of the photos are cropped. I can’t help it – I love my f/1.8 photos! 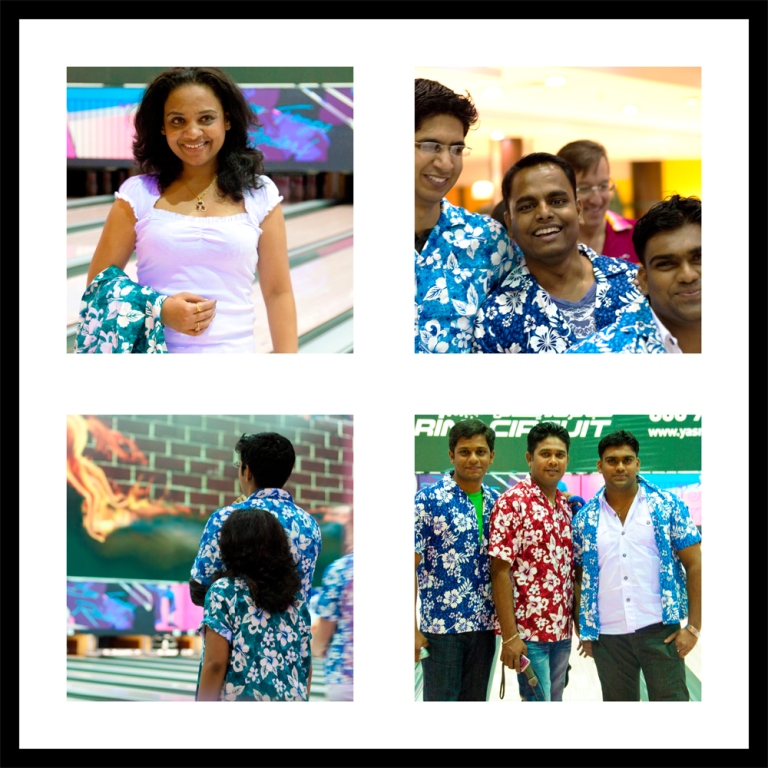 A few more candid shots, including one of me and Tim taken by Leigh. The photo on the bottom right is my going-away present. It’s a lead crystal bowl from Villeroy & Boch. Damned heavy! But gorgeous! Thanks, everyone. I love it! But the kids are not getting anywhere near it until they can behave properly. 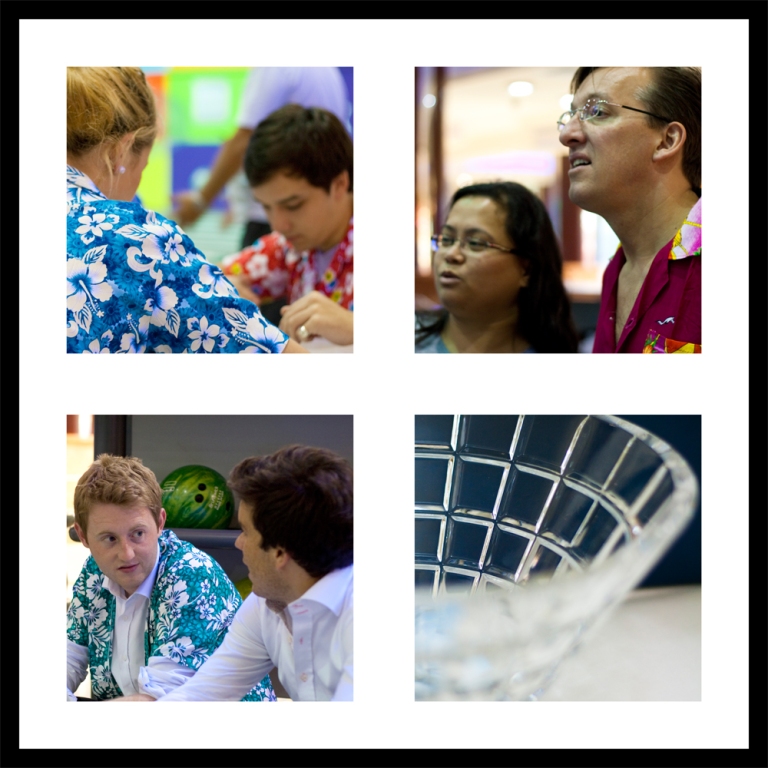 Glad to have done this final shindig with you, guys. Thank you very much!

3 thoughts on “Bowled over”