For the past week or so, it’s been cupcake season in our house. It all started with my cousin asking me to bake something for their charity event at work. I could have done a regular round or rectangle cake, but I thought cupcakes would be better. They turned out so well that I want to do that batch of chocolate cupcakes again.

These are nothing special. Just Betty Crocker pudding-in-the-mix cake mixes. This batch is actually Cinnamon Swirl which was heavenly! I made the mistake of mixing in the cinnamon sugar topping so I definitely need to buy this mix again and do it properly next time. 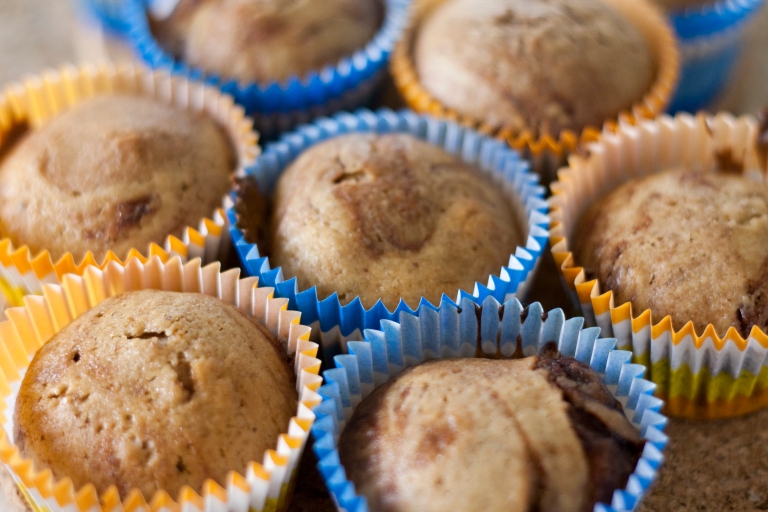 But you came here for the knitting, right? Well I surely hope so. I have two things to show you today. First is something new on my needles, despite the fact that there are many other half-finished projects that need attention. I can’t resist the call of the stripes! I contemplated using a raven colourway for the contrast colour, but then remembered how the black dye bleeds into anything (needle tips, fingers, other yarn) so I chose another semi-solid colourway. This is Stripe Study Shawl by Veera Välimäki using Socks That Rock Lightweight in Lauma (white) and Oregon Red Clover Honey. 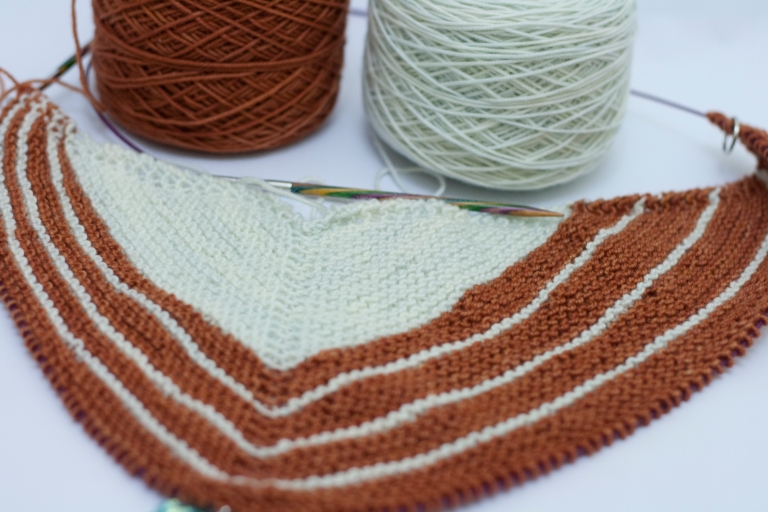 The other project which I have nearly finished is the second in my Personal Sweater Club: the Gathered Pullover. I cheated a bit here because it was an entirely different pattern that was in my queue. i just can’t resist knitting this as I have queued this ever since I found the pattern. I am using Sundara Yarn Sport Merino in Mint Julep. The body is done, now I only need to knit the sleeves.

I was reading some project notes about this pattern and there might be some frogging soon on the neckband, specifically to add a couple or more decreases on either side of the V. It does scrunch up a bit and I was thinking it could flatten out with blocking but why take the risk, right? The cable motif is dead easy and fun to do. 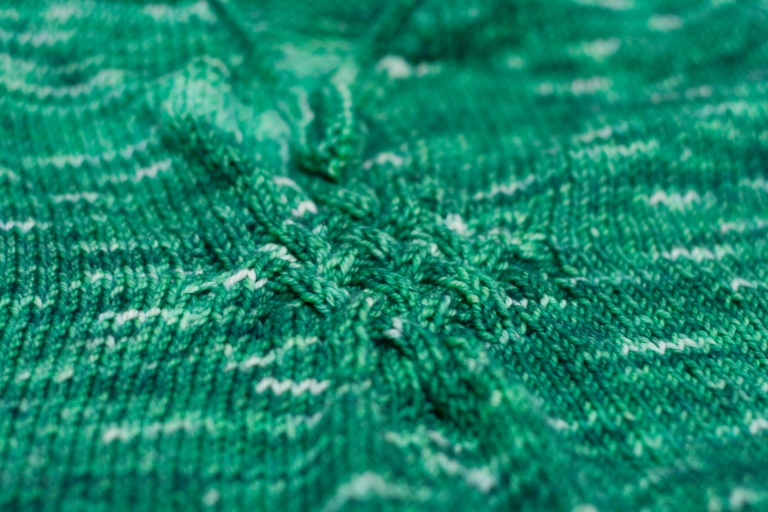 Modifications so far include dropping the neck and shoulder shaping and seaming. Instead I decreased to 18 stitches on all sides and then grafted them for a neat and smooth finish on the shoulders. Next mod will be with the sleeves. I might pick up and knit down instead of up and seam. Can you tell I am not a big fan of seaming?

This weekend, FOtoshoot for my Dark and Stormy, finally!

One thought on “WIP-tastic Monday”