Fiddly knitting has always put me off. I don’t mind the actual knitting and some grafting, but doing them in pieces then weaving in endless ends…argh! This explains why I have not knitted gloves. Fingerless, yes, because they’re merely tubes with stitch patterns but fingers, even half ones? No way.

On the positive side, the year 2011 seems to be the year that I break all these barriers and try to improve my skills as a knitter. It began with a skein of Malabrigo Rios bought at my LYS (Magrudy’s). A skein which was so gloriously soft and squishy that it never even got photographed for Eye-candy Friday but instead jumped straight onto the swift and winder. And then the needles and the pattern came out and before I knew it I knitted a pair of half-finger gloves for my husband. 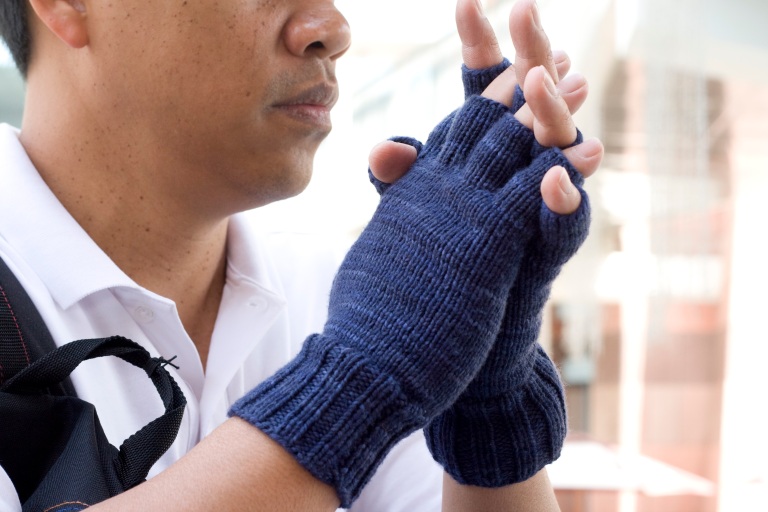 I knitted him a pair of Dashings before, which were well loved and used but it’s time he got another pair. A quick perusal of patterns came out with a clear winner: Knucks from Knitty Summer 2006.

Let me just say that the yarn, Rios, is amazing to work with. Some people have said they had trouble winding it; I didn’t. The other skein of Rios I got though which was from The Loopy Ewe, Ravelry Red too, put up a bit of a fight but otherwise just your usual amount of tangling. 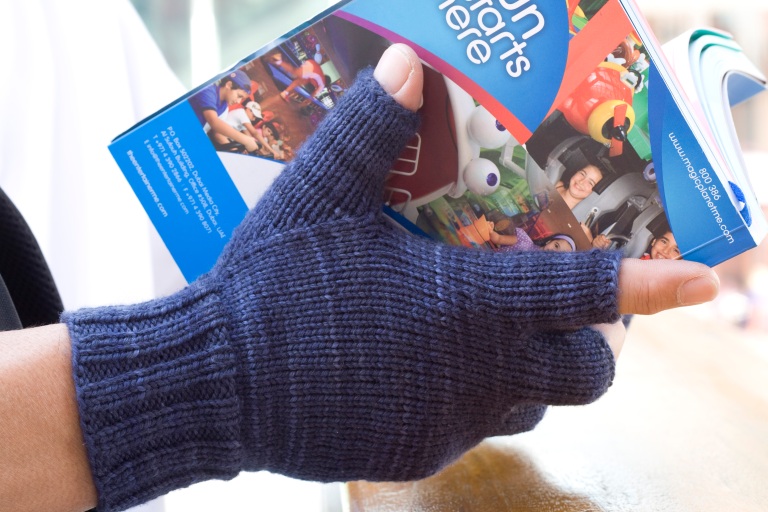 It is exactly the same as the Malabrigo Worsted I have come to know and love, except this is superwash. Yay! It felt almost like pima cotton and silk whilst knitting. I think with larger needles, it might even give some amount of drape. I don’t know what I’m really talking about here but these are just my observations.

Anyway, the husband loves the new gloves. It resides permanently in the car now and gets used in the early morning drive to work. The kids have already requested for their very own pair, as you have seen in yesterday’s WIP-tastic post. I love that my family appreciates my knitting now. 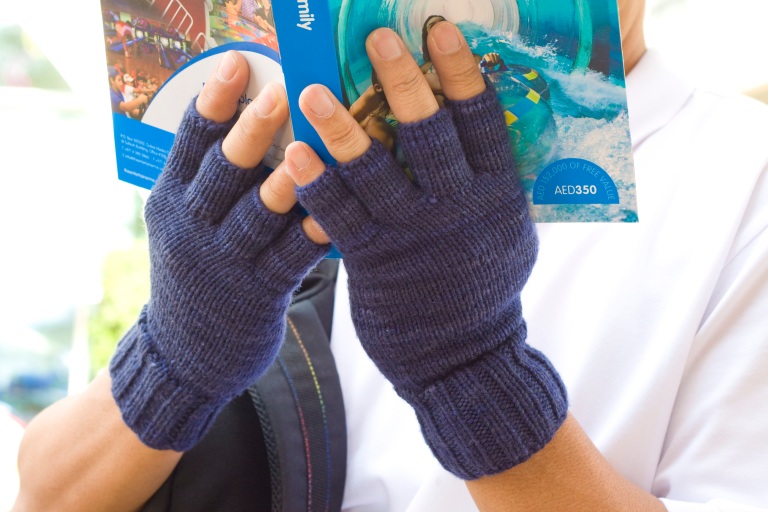 Project: His Knucks (Raveled!)
Pattern: Knucks by Pamela Grossman
Yarn: Malabrigo Rios, colourway Paris Night
Needles: 3.25mm
Cast on: 5 Feb 2011
Cast off: 8 Feb 2011
Notes: Knitted the large size, did 2×2 ribbing for 24 rows for the cuff and loose BO. Unblocked as he was itching to use them. I will wash the pair when it gets wet or dirty.

2 thoughts on “FO: Half Fingers”