I love everything I knit. I suppose I have to or I would not be knitting them. But this one is special. It’s simple but the entire process is what makes it special.

We started out with a bare skein of sock yarn, some dyes, a bit of knitting math and quite a bit of planning. The bare sock yarn ended up looking like this. Three colours in one skein, carefully measured so they fall in the right places. Yes, it’s my very first hand-dyed self-striping yarn!

I have been thinking about this for a while and when I came upon this book, it all fell into place. You get a lot of tutorials online about this but they’re mostly improvised as well and seemed to involve a lot of skein-wrangling for my liking. But this book, Yarns to Dye For by Kathleen Taylor, was like a light at the end of the tunnel for me.

Anyway, I followed the basic instructions, I swatched with my usual needle, frogged, measured, did a bit of math and then worked out the sequence that I wanted. I thought about one wide stripe, one medium and one narrow alternating over and over. Then the colours had to be decided. I went for pink, blue and purple. Then I worked out how long my skein should be wound, did some measurements in the living room, placed two sturdy chairs at either end of the tape measure and started winding.

I actually wound the skein first and it sat idle while I figured out the striping sequence and the colours I wanted. When I was ready, the actual dyeing didn’t take that long. Then it took a couple of days for the skein to dry, at which time I was off work due to a throat infection and was getting bored just lying around. So I knitted my new self-striping skein. And 3 days later, I ended up with these.

Okay, the self-striping was a hit-and-miss at most but I think I got the idea. For my next trick, I will make the stripes wider. The pink is just one-row worth of stripe and almost disappears if not for the darker blue and purple. I went for a plain vanilla pattern: ribbed cuff, stockinette leg, slip-stitch gusset heel. 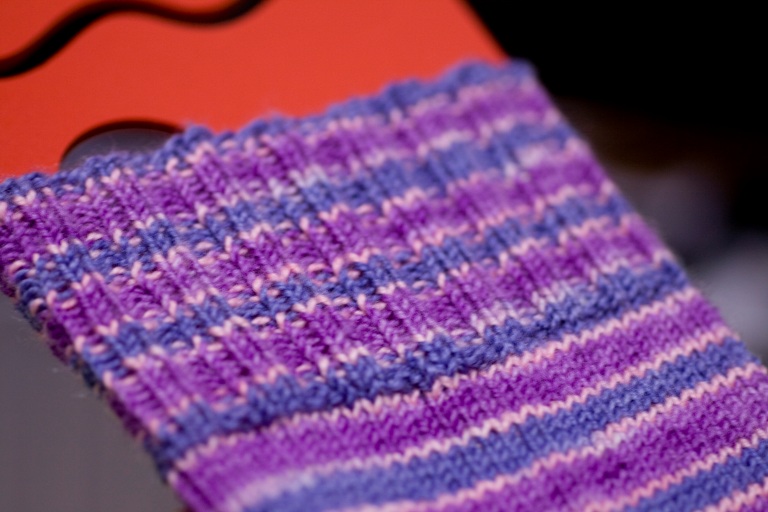 There was a bit of variance in the striping at the heel but not too much that the striping on the foot was compromised. I was so careful to pick up the same amount of stitches or it would have all gone pear-shaped.

The toes are standard wedge, kitchenered at the end. Again, there’s a bit of variance in the striping but when you have your socks inside your shoes, who’s going to notice, right?

I enjoyed knitting this pair. Simple enough but the striping yarn makes it not-boring. I have run out of bare sock yarn for now so no further dyeing experiments. I have ordered some already though so once they arrive I will be dyeing up a storm! 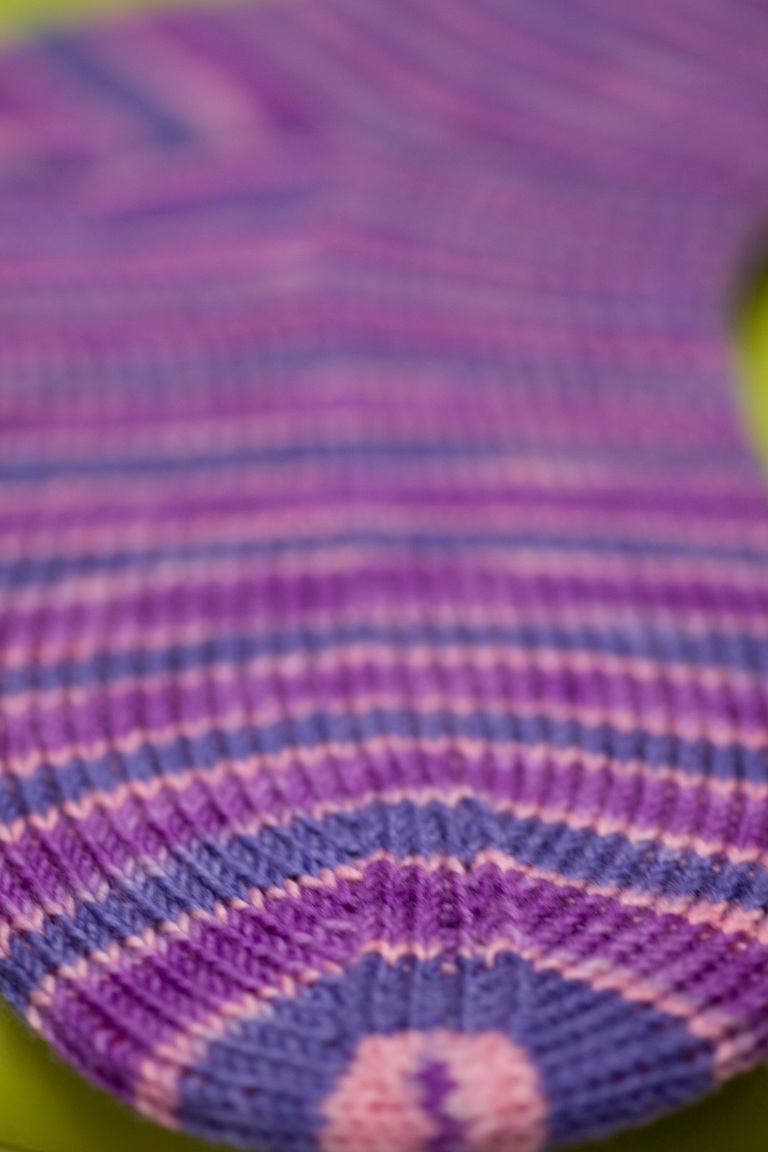