My baby version of the Sockhead Hat is done.

It’s bright alright. I added a pompom as usual. I had more than enough leftover to do this and could probably squeeze out another baby-sized hat out of it if I wanted to.

The kids modeled this for me. I’m a bit worried that they stretched it out too much but STR is quite sturdy so I’m sure it will be just fine on Divine’s head. 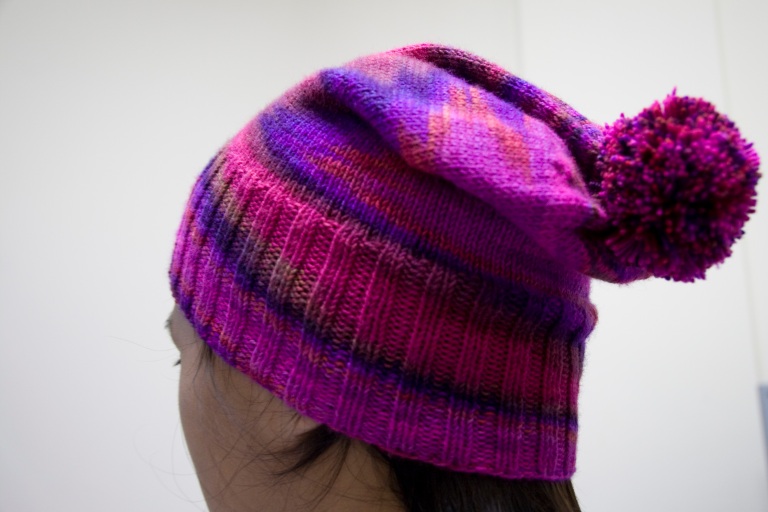 The brim is not quite 4 inches, but folded up it should be alright for a baby. The flash of darker colours on the hat is strange, but this is a Rare Gem so I guess there was no way of predicting how this would have pooled.

Project: Little Sockhead (Raveled!)
Pattern: Sockhead Hat by Kelly McClure
Yarn: Socks That Roak Lighweight, Rare Gem from Madrona
Needle: 3mm
Cast on: 2 Oct 2010
Cast off: 25 Oct 2010
Notes: Cast on 120sts to account for smaller head, knitted up to 7inches only of the body then started decreases. Pompom on top!

Speaking of FOs, this can be classified as an FO. Pretty skein of hand-dyed yarn. More on this later. 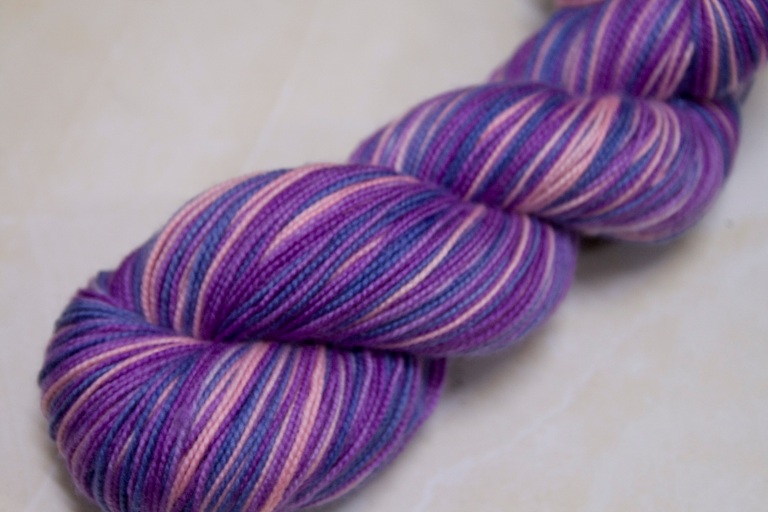