Knitting hats is never out of season. But it’s never been in season so much than right now. In the northern hemisphere, or basically anywhere where it’s not hot and humid in mid-October, knitting for cold weather in full swing. The only thing we can really prepare for in Dubai is a mediocre winter. If you want ice cold, pay some odd

Jared Flood’s Koolhas Hat has been around for about 3 years now. It’s a massive hit of a pattern. There are over 4,880 projects in Ravelry and no less than 200 knitters doing this project at any given time. Some have made it more than once, even 7 times!

I bought the pattern a while ago, read it then put it promptly away when I saw the chart. I feared charts back then and could not even contemplate writing it out just so I could knit the hat. I attempted it once before using Noro Kureyon, but failed big time because I insisted on using a cable needle.

This time however, I started and finished without touching that cable needle (much) and I succeeded! Presenting, my first Koolhaas Hat… 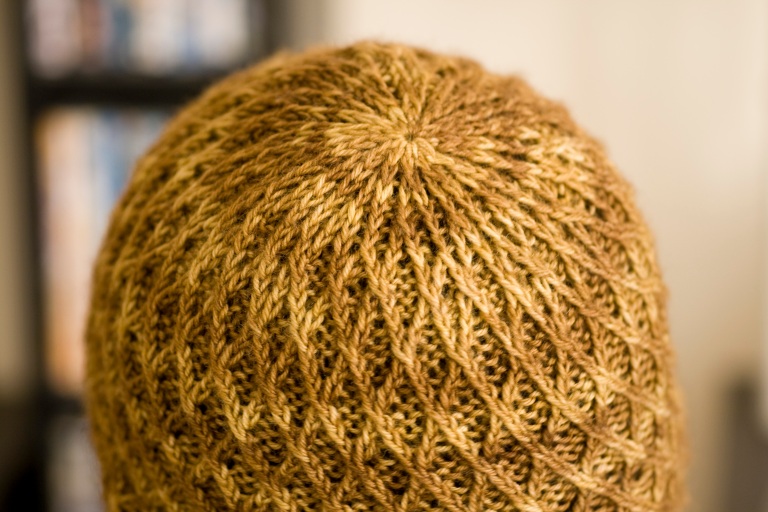 This project would not have happened if it weren’t for my partner in this mini-KAL, missdaisy. It all started with an innocent enough comment on her Summer Flies shawl and we talked about how we like to try different things instead of just knitting the same old thing over and over. Then one thing led to another and before either of us new it, we signed up for a mini-KAL to knit Koolhaas!

We agreed to knit one pattern repeat per day, so including the decrease rounds, it would take us 6 days to knit a hat. We both cast on on Friday and kept to one repeat per day. It was very do-able and easy enough. But the main challenge was doing the cable patterns without a cable needle.

I admit I had a cable needle on hand just in case, and I did use it a few times when I almost lost stitches. But I soldiered on, devising my own method and conquering the fear of dropping any stitches. Six days later, I have finished knitting a beautiful hat.  A note about the yarn: I bought  2 skeins of Tosh DK from Irishgirlieknits a while ago with the sole intent of knitting this hat with it.  Carrie, I hope I did the yarn justice! 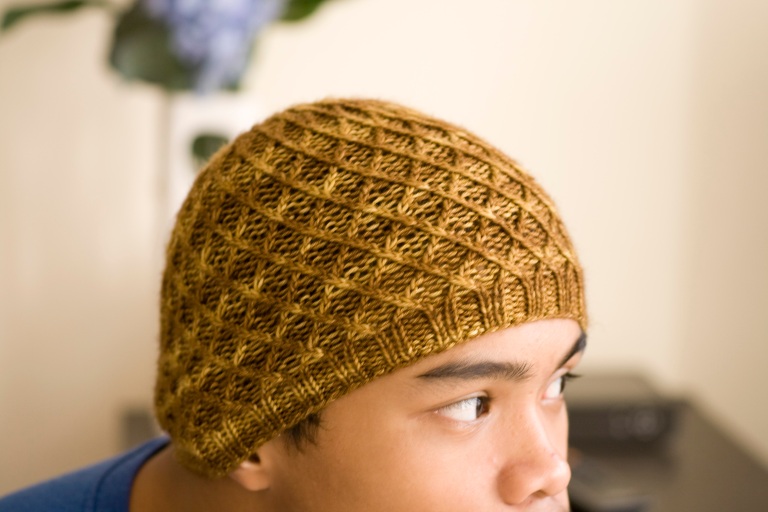 Project: Koolhaas (Raveled!)
Pattern: Koolhaas Hat by Jared Flood
Yarn: Tosh DK in Bark, used about 135 yards
Needles: 4mm for the ribbing and 5mm for the body
Cast on: 8 Oct 2010
Cast off: 13 Oct 2010
Notes: I didn’t block this, I just soaked and washed and then hung it out to dry. I wasn’t very sure of the length of the body so I stretched it to compensate, and it turned out okay.

One thought on “Koolhaas”