Emphasis on the little because, sadly, this is too small for my daughter.  And yes, that is a Bobicus Maximus Ravelympics 2010 pin on the cardigan! Simply because I haven’t found the right button for it yet. 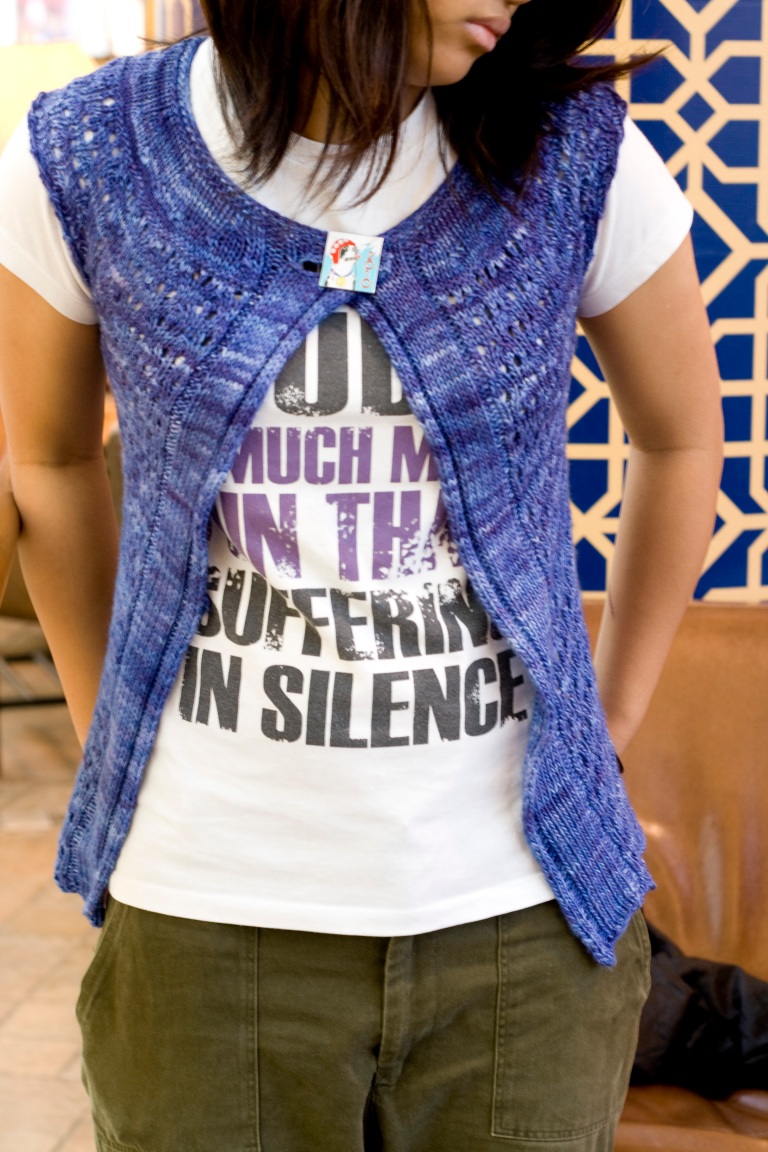 I should have knitted the next larger size, or two since I have enough yarn. I saying that the silk would grow but even after aggressive blocking (which took two of us pulling and tugging and getting pricked in the fingers in the process), it still doesn’t fit her.

I enjoyed knitting this but if I did it again, and I will, I will use a different yarn and knit the next larger size. So this finished piece now needs a home. I have to get my sister to try this one since it looks like it will fit her.

Project: Something Wild (Raveled!)
Pattern: A Little Something by Samantha Roshak
Yarn: Sundara Yarn Aran Silky Merino, colourway Wild Blueberries
Needles: 5mm
Cast on: 31 Aug 2010
Cast off: 5 Sept 2010
Notes: Took less than 2 skeins, which should have been the sign that made me realize it was too small.

3 thoughts on “This Little Something”