Iftar (إفطار), refers to the evening meal when Muslims break their fast during the Islamic month of Ramadan. Iftar is one of the religious observances of Ramadan and is often done as a community, with people gathering to break their fast together. Iftar is done right after Maghrib (sunset) time.

Even though we are not Muslims and don’t fast during Ramadan, we observe and respect this custom. We still eat during the day, but we do it in the staff kitchen and we try not to serve drinks to guests openly in case we have a Muslim guest nearby. The admin staff also goes out to enjoy an Iftar meal – it’s become an annual event for us. This year, however, we have invited our CEO along and whoever else wanted to join in. Naturally we had to find a bigger venue.

Enter Atlantis, The Palm Dubai. They built a special tent, called Asateer, for this and it houses 600 guests and serves yummy Arabic food. Or so we’re told. We were unable to find out since,  unfortunately, we got bumped off the tent. By the Royal Family. Just as well though since, as Tim said, we’re not keen on seeing a whole roasted goat on top of a mountain of cooked rice. We ended up at Kaleidoscope, which is a good place and offers an international buffet.

Here is the gang, minus me since I’m behind the lens, post-Iftar so tummies are being pulled in.

Since it was a Thursday, we were able to slowly drift into the changing rooms and get out of our office attire. The boys changed shirts and took their ties off. But the ladies had to do a full transformation. No white shirts and black trousers, thank you!

<p style=”text-align: justify;”We made our way to the hotel in separate cars; Juvy and I hitched a ride in Tim’s S63 (very nice car!) and I even managed to get a light back massage. I want a car just like that! Juvy and I wore similar long flowing dresses, I joked that we were off to do the laundry old style – by hand and near a free-flowing stream! 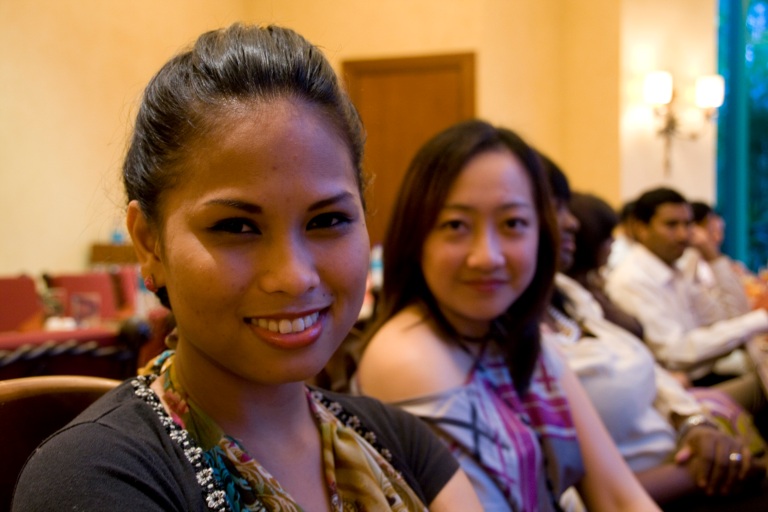 The boys had fun as well. They are not a noisy bunch but they are good fun once you get them out of their initial shyness. I’m glad they all turned up though – some threatened to ditch the event!

Didn’t I tell you the ladies took the event seriously and got all dolled up? Yogita here (on the left) helped a few of us with our make-up since we do not know the first thing about it. She put on liquid eyeliner for me which I would not know how to do on my own. 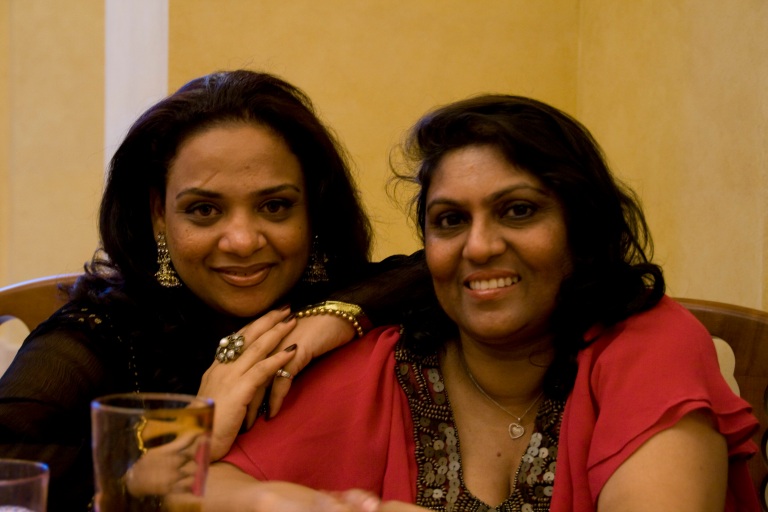 Myrene arrived late; she was house-hunting. She stayed on for dessert and sat next to Katy, who did not enjoy dessert because of her food allergies.

The buffet was huge! There was so much food to choose from but with so many people, the queues took a long time. So we hopped from one section to another, grabbing what yummy treats we could without having to queue for ages.

Poor Katy, eyeing the dessert station with a forlorn look. She has cocoa bean allergy so no to chocolates. And milk. And nuts. And pretty much all the yummy stuff on here. I think she made up for it with a couple of espressos.

We also had our small group of admin staff from Abu Dhabi join us for this event. We hardly see Mary Grace and Jeff so this was awesome. Glad they managed to come over and enjoy the evening with us, even briefly.

I didn’t get a chance to really go around the tables and take everyone’s photograph. I took the chance when there was a lull between trips to the buffet tables. We were seated quite far so everyone had to muster up some energy to stand and walk the length of the restaurant to get to the food, which was all worth it anyway.

People kept saying I was never in the photographs so for this one, Tim kindly took the camera from me. He didn’t disappoint though, since he owns an ESO 1000D anyway and knows his way around a camera by now.

Which is more than I can say for some. This is the very reason why I never get my photograph taken. Do you see me, or do you see the hotel staff behind me? Shame, because I was wearing my Little Shells shawl too. No matter, I know I was there and that’s enough for me. I don’t need photographic proof.

Some of my colleagues love my camera, and my camera loves them back! The foyer by the aquarium and the restaurant entrance was so crowded that it was a wonder I managed to get these photos. 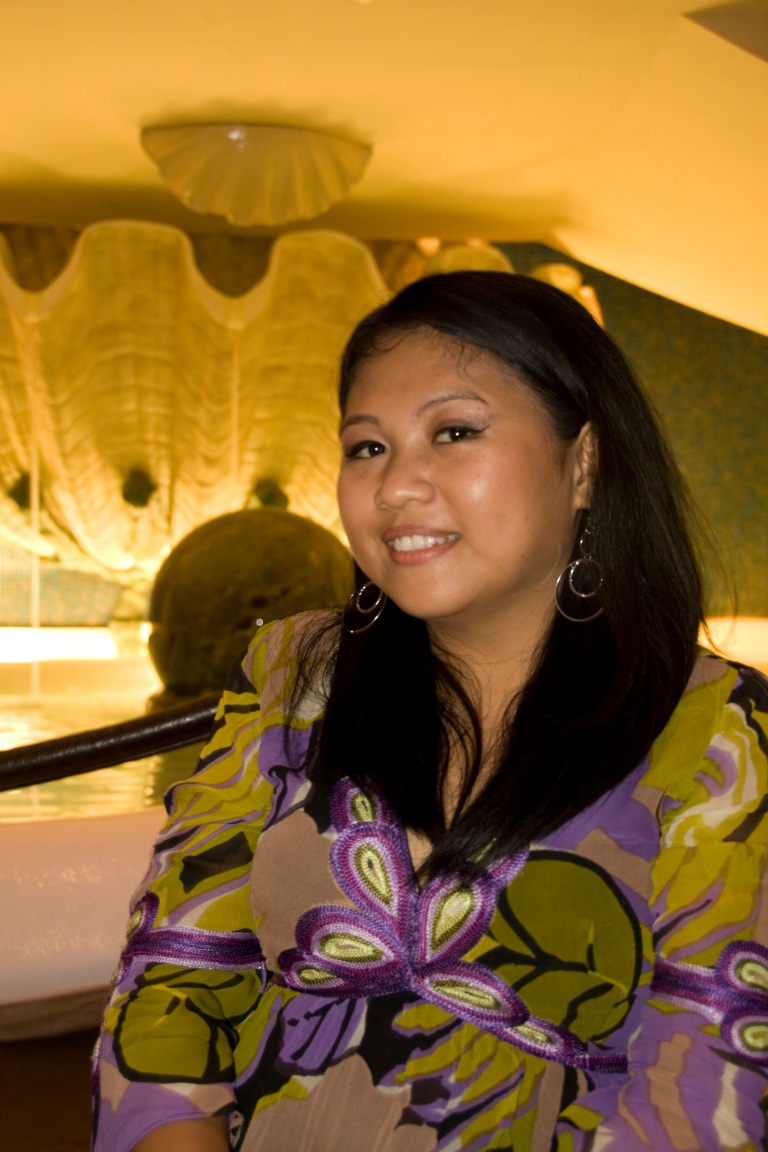 Here is Senthil, and the aquarium behind him which used to house the now famous whale shark. To be honest, it’s nothing to write home about. It’s a big ass tank with so much more fish than there should be, and nothing really spectacular. They should have just selected a few specimens and sued it as sort of a wildlife conservation effort. A trip to the local fish market in Shindagha is more exciting than this aquarium.

One last photograph before we headed home. There are plenty of nooks and areas in the hotel that is worthy of a photograph but it seemed to be always crowded for some reason. One photograph that I failed to take was the main structure outside. Maybe next time, when it’s not too hot. 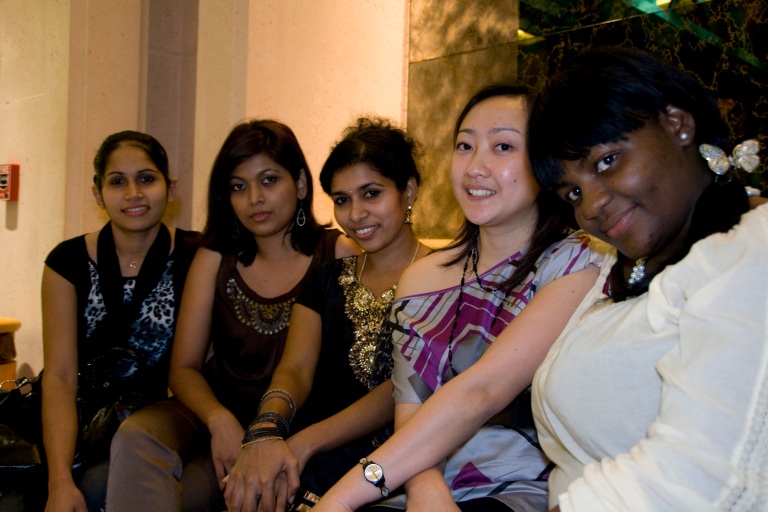