The subject reads: Wareware wa sushi ga daisuki. Or we love sushi, in English. But this is not sushi, no. It’s a bunch of “blue” roses at a florist we passed by last night while waiting for the call to prayer. 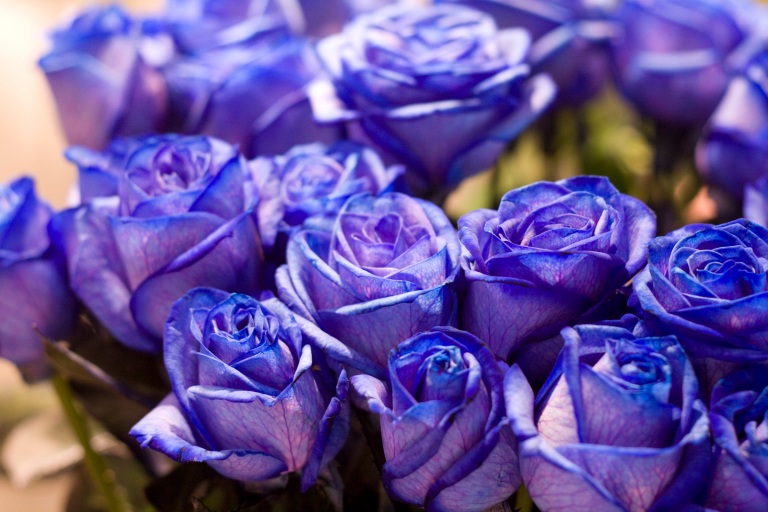 It’s Ramadan and the Muslims started their month-long fast so food shops are closed during the day. No eating or drinking in public until after sunset. It’s a bit weird for newbies, but we’ve been here forever so it’s almost second nature to us now. We automatically switch on the “Ramadan” mode as soon as it starts.

If you are new to the country, it’s a great way to immerse yourself right into the culture and traditions. Everywhere you go, you will be faced with so much fact and trivia and images and actual examples of the culture. You have no other impulse but to embrace and accept it.

We must have passed by Yo Sushi! a few times but yesterday we couldn’t quite figure out where it was! How many people does it take to find a shop on the mall map? 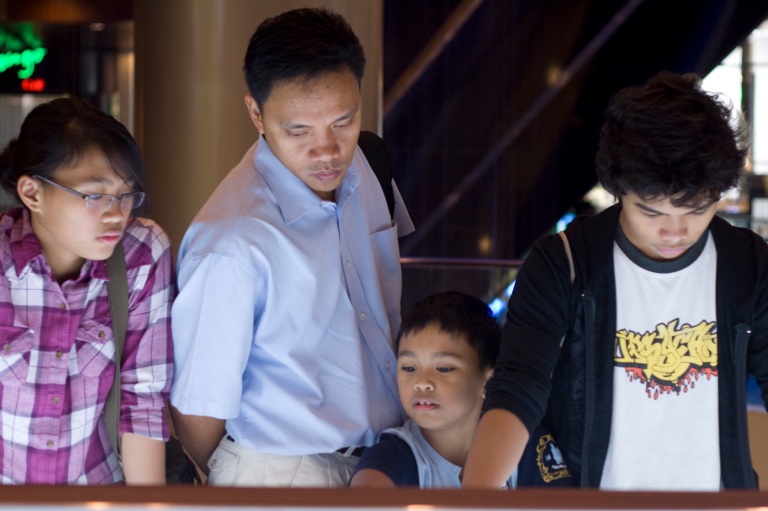 My pretty daughter. Don’t fight it, you ARE pretty! I’m your mother and I say so. No arguments. You’re pretty esp when you do your hair properly. 😛 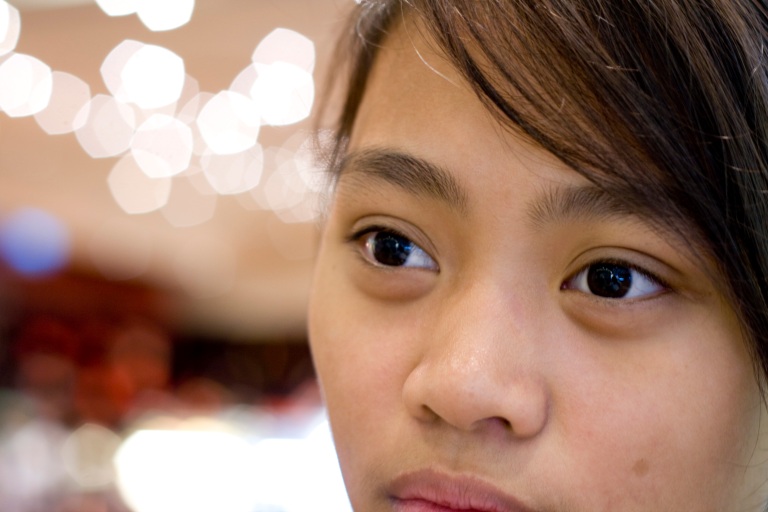 Eibee and Joseph all ready to tackle the sushi and other yummy Japanese food rolling off the conveyor belt. They have been waiting for this for a while. Every time we plan to go to this restaurant, something crops up and we have to change plans. Not last night, no! 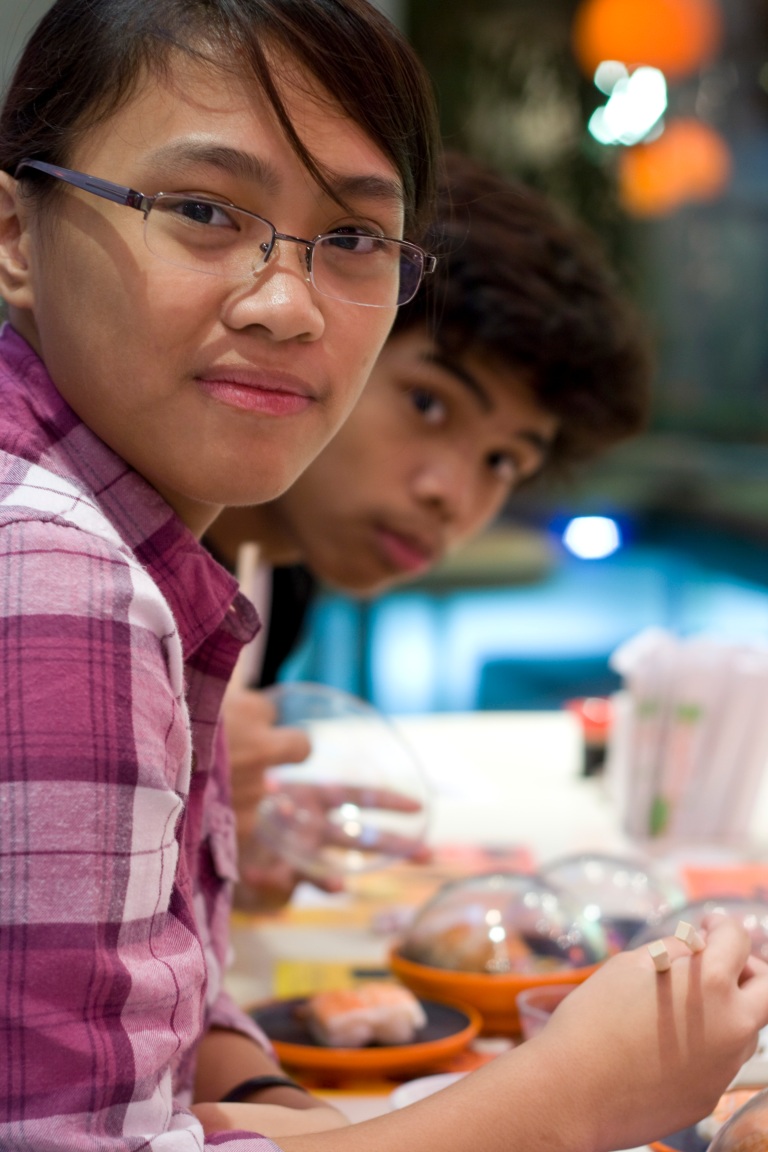 This is probably the 8th or 9th plate of sushi/sashimi that Eibee was trying to demolish. I cannot believe they had so much food! Between me and Bernie, I think we had 6 plates plus miso soup and I was stuffed! Seriously. My tummy was aching so badly, I felt like I was going to be sick. 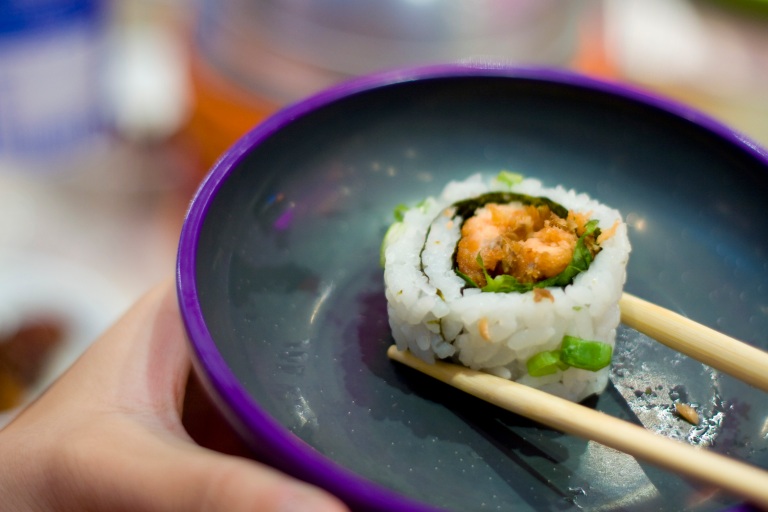 Patrick had the Chicken Katsu Curry, which was a bit too hot for him but he soldiered on since he loved it. Then he had about 2 big glasses of peach lemonade and this for dessert. Yummy. 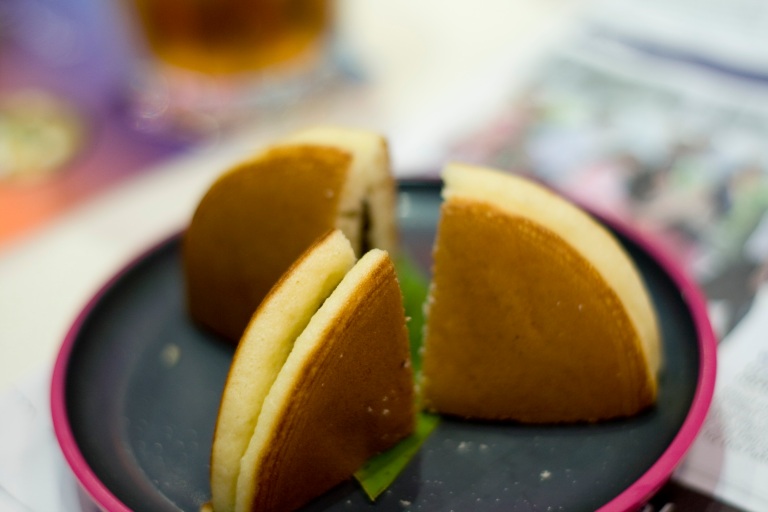 I walked around the restaurant taking photos of stuff while the kids try to grab more food from the belt. They had these cute little porcelain items around the place and I just had to take photos. Just look at this cute tea cup. 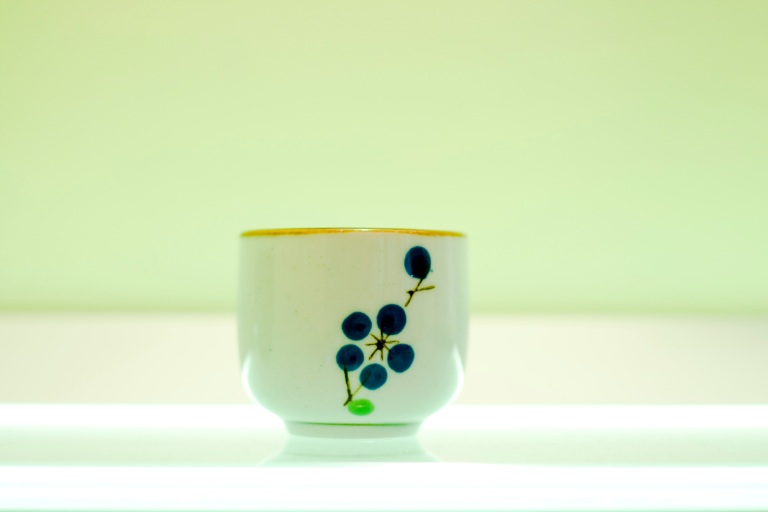 Or this teapot. If I had one of these, I would probably brew tea every chance I get! It’s so cute and dainty and pretty. 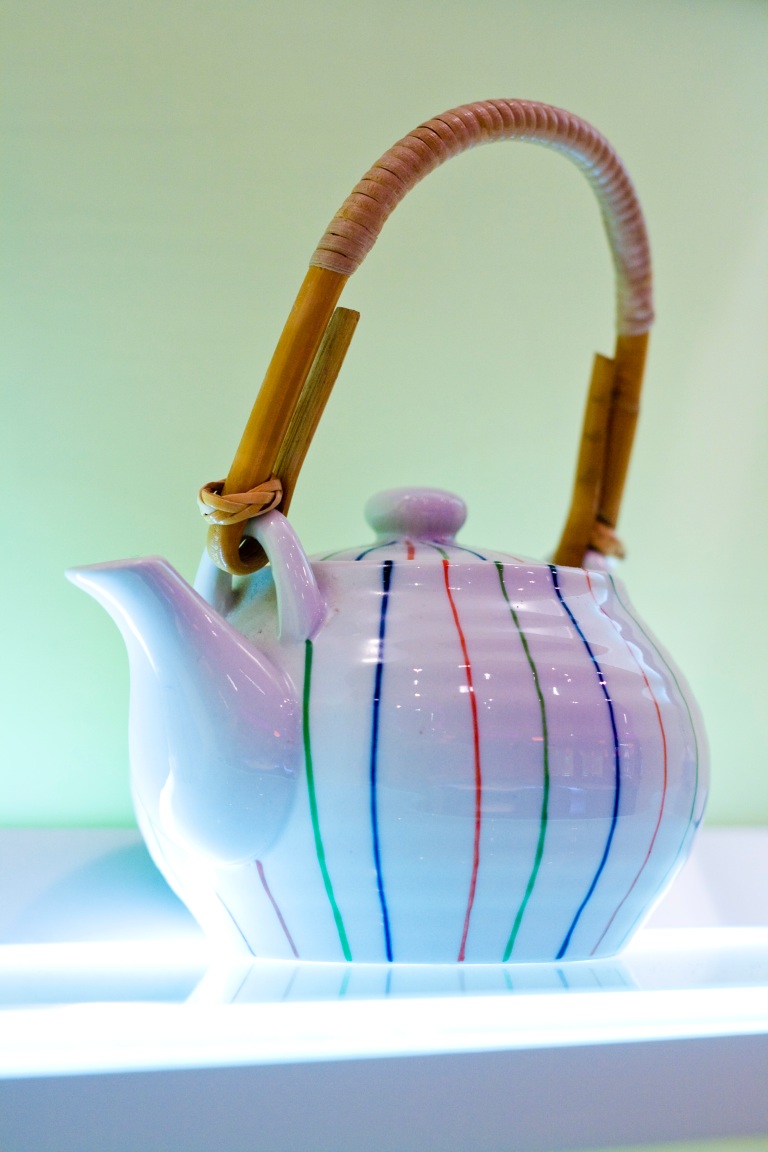 And the dolls – amazing! This little geisha was so cute to be ignored. The staff allowed me to take photos as I liked, and even let me touch the dolls. So I put them down on the well-lit counter for better composition. 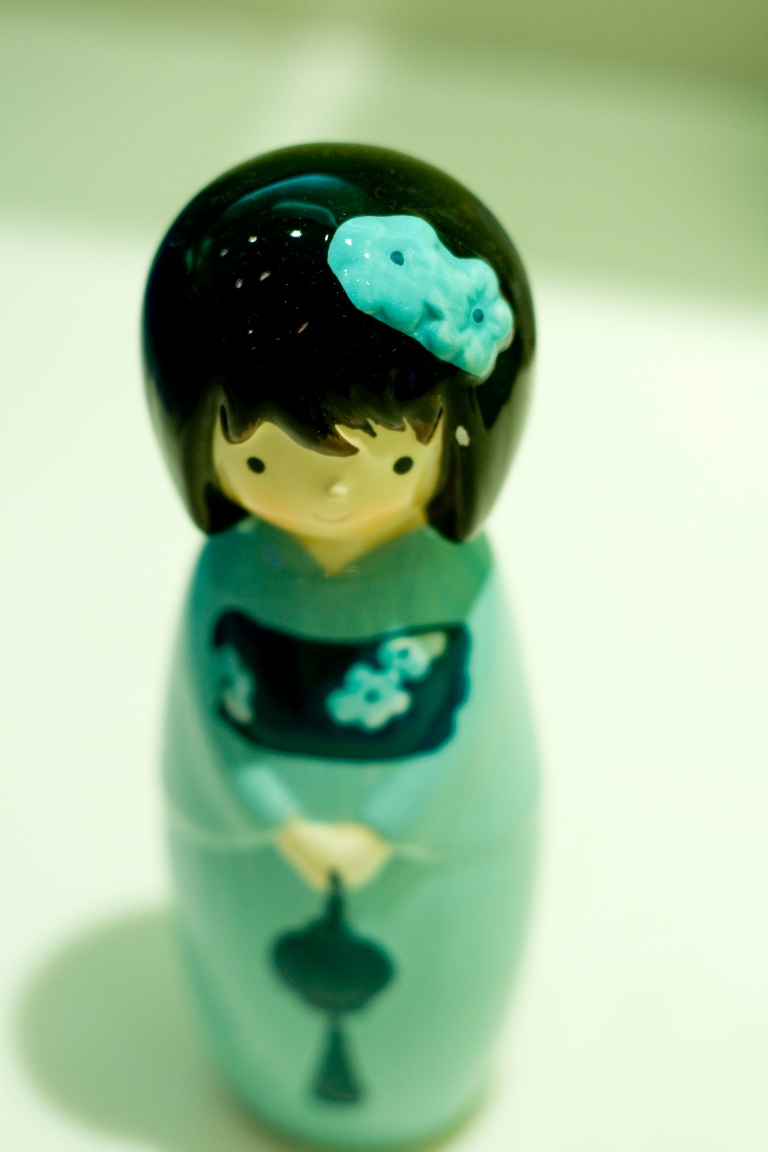 Patrick saw me taking photos of these stacking dolls and he immediately remembered the grimhold from the Sorcerer’s Apprentice film. They do look like the doll in the movie! This is Mama Grimhold. 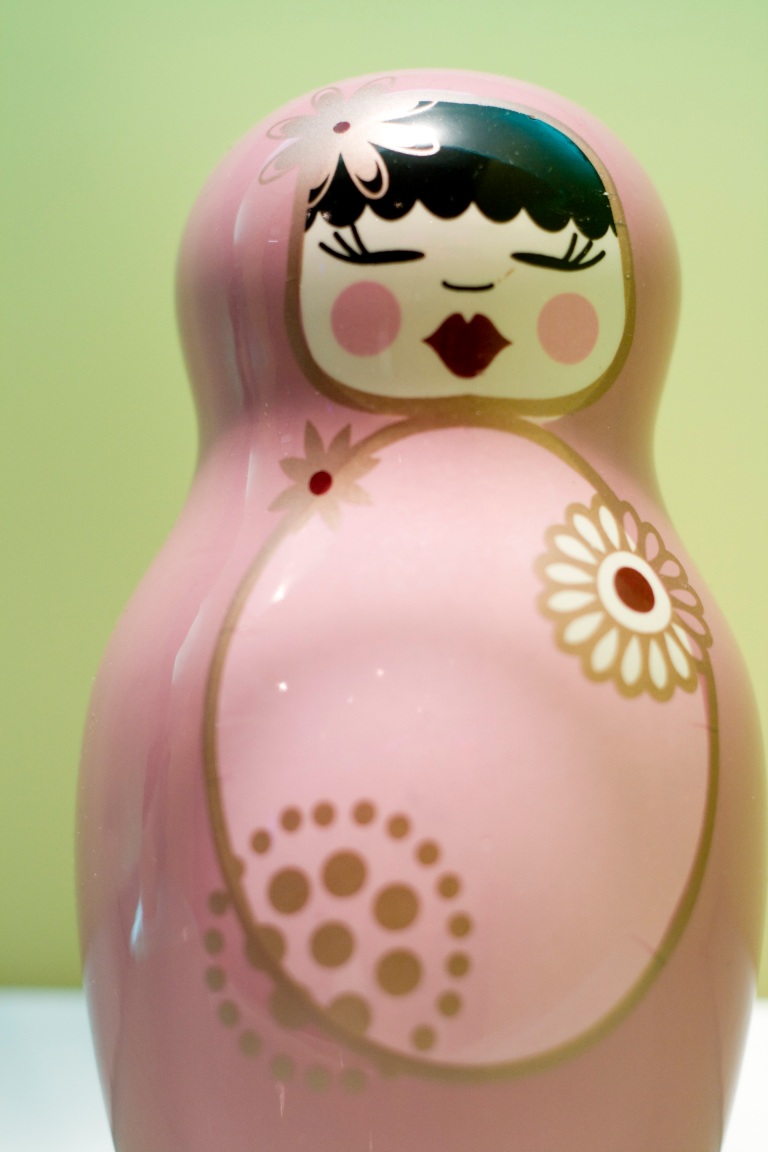 And this Little Girl Grimhold. I love the colours of these dolls. But I don’t see me keeping them at home – they freak me out a bit. 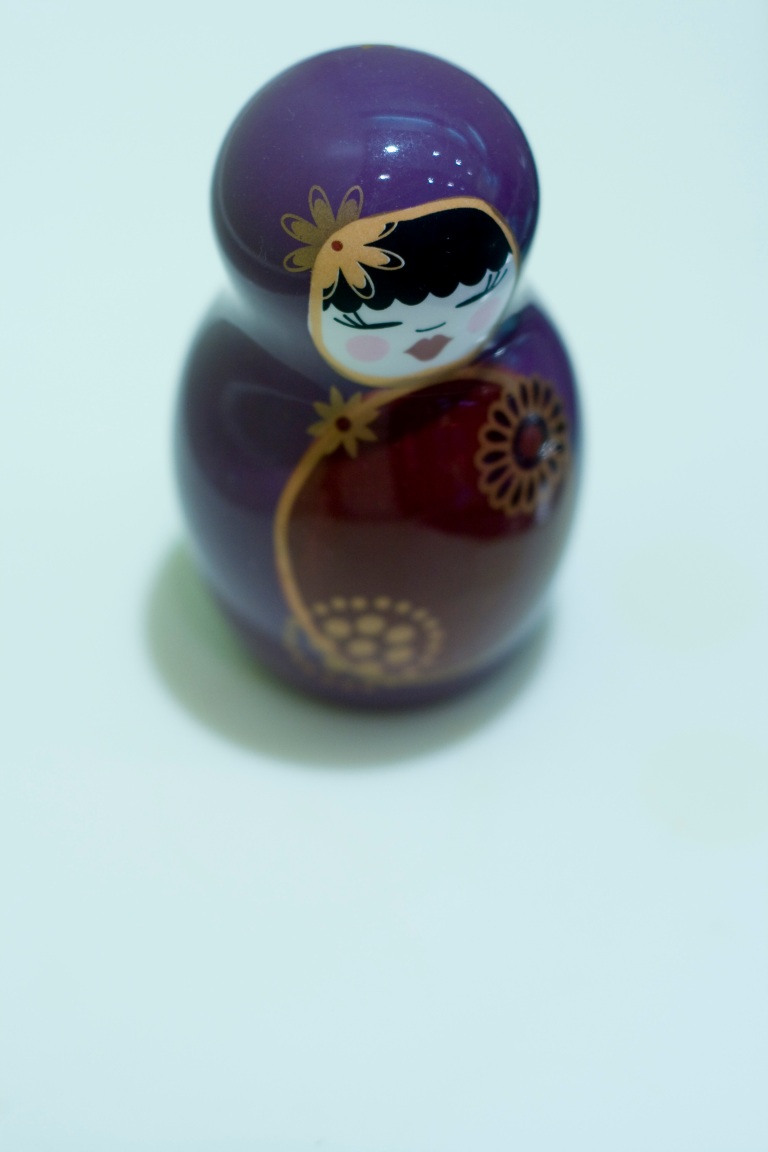 Yo Sushi! is a Japanese place but there’s a Chinese lucky cat by the till. What’s up with that? Sadly this one is ceramic so the paw doesn’t swivel. 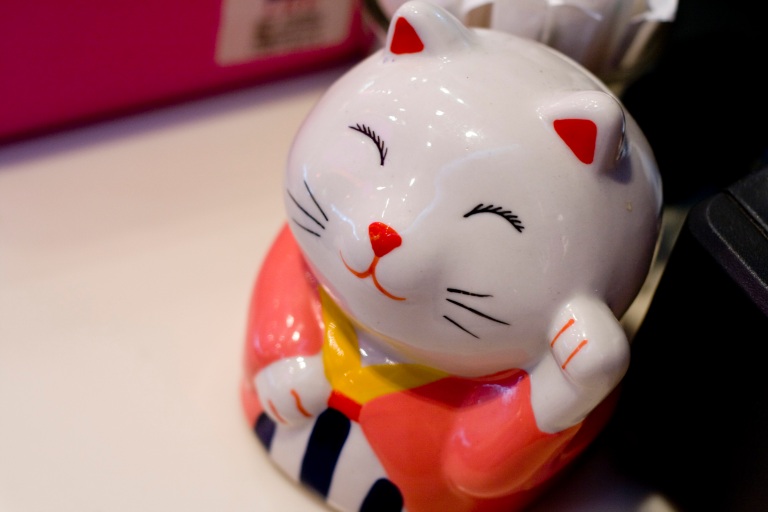 I bought a long summer dress, the one with the elastic band on the bodice and tie-up straps? I have been looking for one forever and found this perfect one. Well not so perfect since it is too long and I will have to take it to the tailors for alteration. It’s great though and I hope I can get it altered in time for next week’s knitting meet at Debbie’s.

Yes, I will always have to steer the post towards knitting related bits. It’s part of who I am so accept it. My Austin Hoodie now has a sleeve. Yay! This was how it looked last night with an inch of the twisted ribbed cuff. Pardon the uninteresting photo but I had to quickly take one to update the project page and also to show off here.

I actually finished knitting the sleeve this morning, all but the turned hem. I added two more rows on the stockinette hem and now need to figure out how to do needle/yarn gymnastics to turn this ruddy hem. And then I still need to knit the other sleeve and the hood. 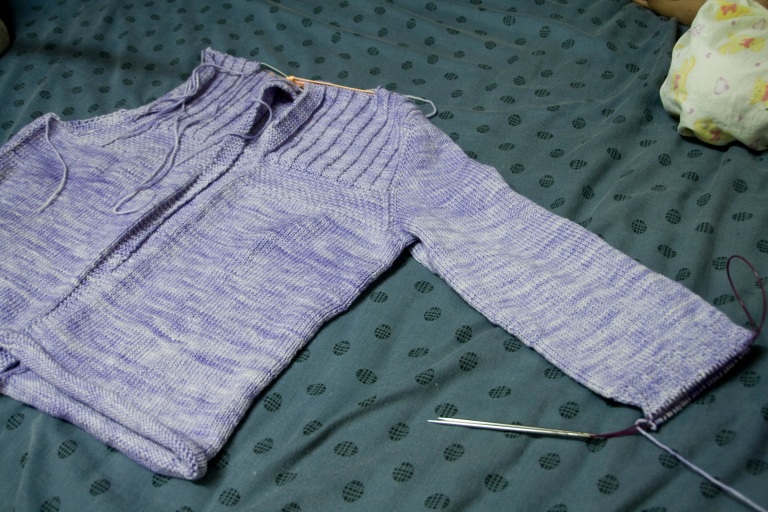