This is the post that was originally meant to be called “Girls on film!”

One of the guys from photography class spotted a rather blurry photo of an officemate in my Facebook albums and casually mentioned that he would love to do a photoshoot with her. I started the proverbial ball rolling by asking her about it and, to my surprise, she said yes! So we planned the shoot with others from our class and also asked another officemate if she could join in so that there were two of them and they could alternate and also do each other’s hair and make up.

We set the date, we found a venue and we got our gear. Lucky I was able to extend the loan of the Mark IV so I was able to use it for this shoot. The following photographs would not have been possible if I was using my 400D, no offense to my baby but, admittedly, your granddaddy is a monster. I still love you!

Here is one photo that is not making it to the covers of any magazine any time soon! Malin, myself and Juvy – something to remember this awesome shoot by. Thanks, ladies for being so gracious, open and fun. 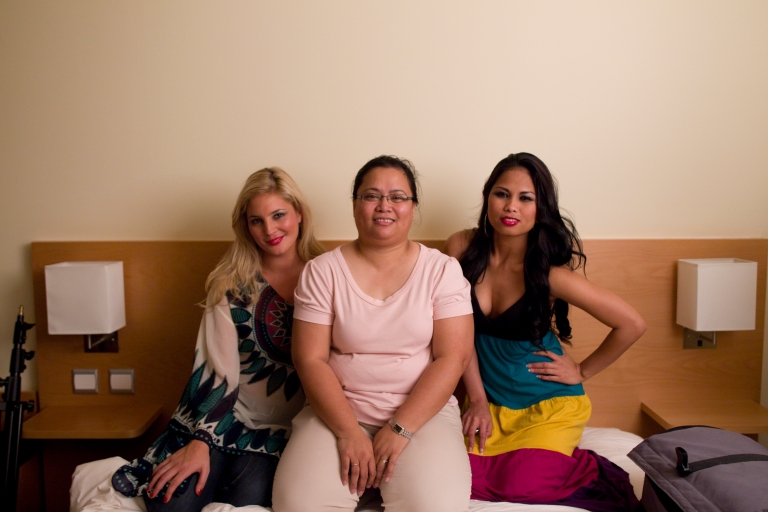 Malin and Juvy were real troopers.  Staying up, or at least trying to, until after 11pm just so we could get the perfect shots at all times.  They were real sweethearts and everyone loved them!  Thanks, ladies. 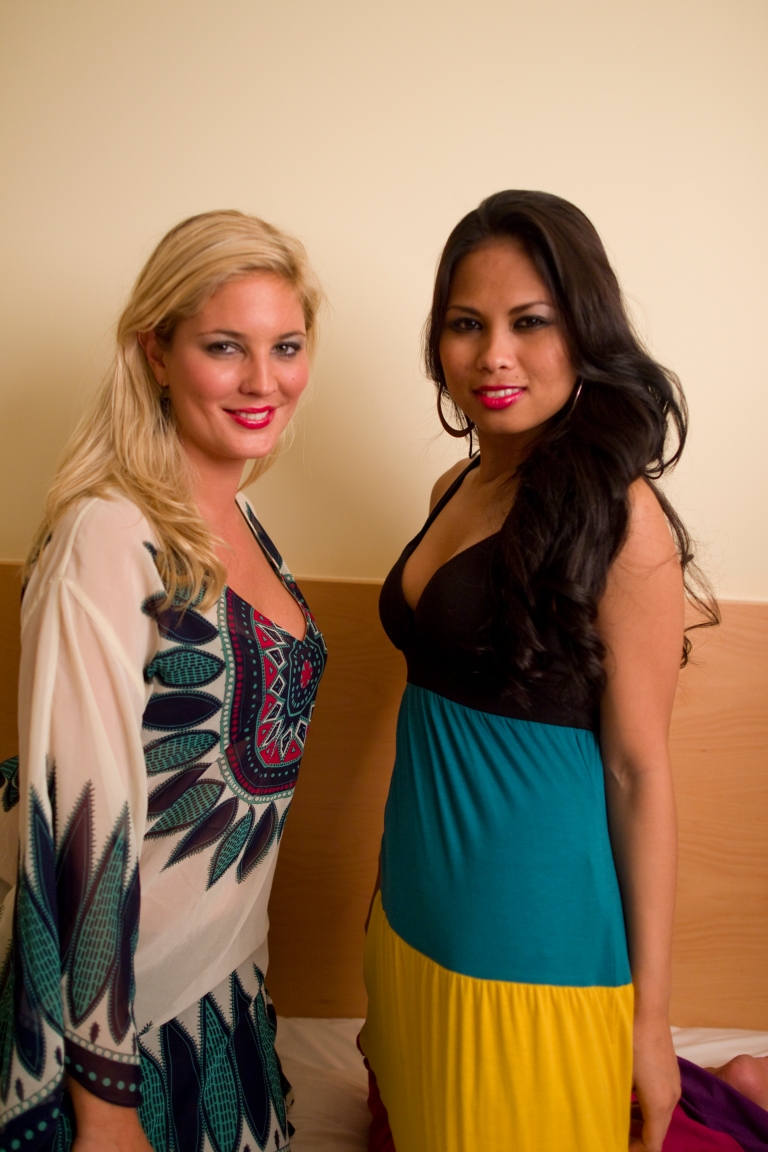 For the purposes of technical review, here is a list of the equipment used:

I was planning on using the Sigma 18-250mm F3.5-6.3 DC OS HSM but apparently it’s not designed for a full frame body so my shots had a vignette effect, which is nice if you like that sort of thing. Because of the size of the venue, an Ibis Hotel room, it was nearly impossible to rely on a 50mm lens, unless you’re doing close-ups and detail shots. 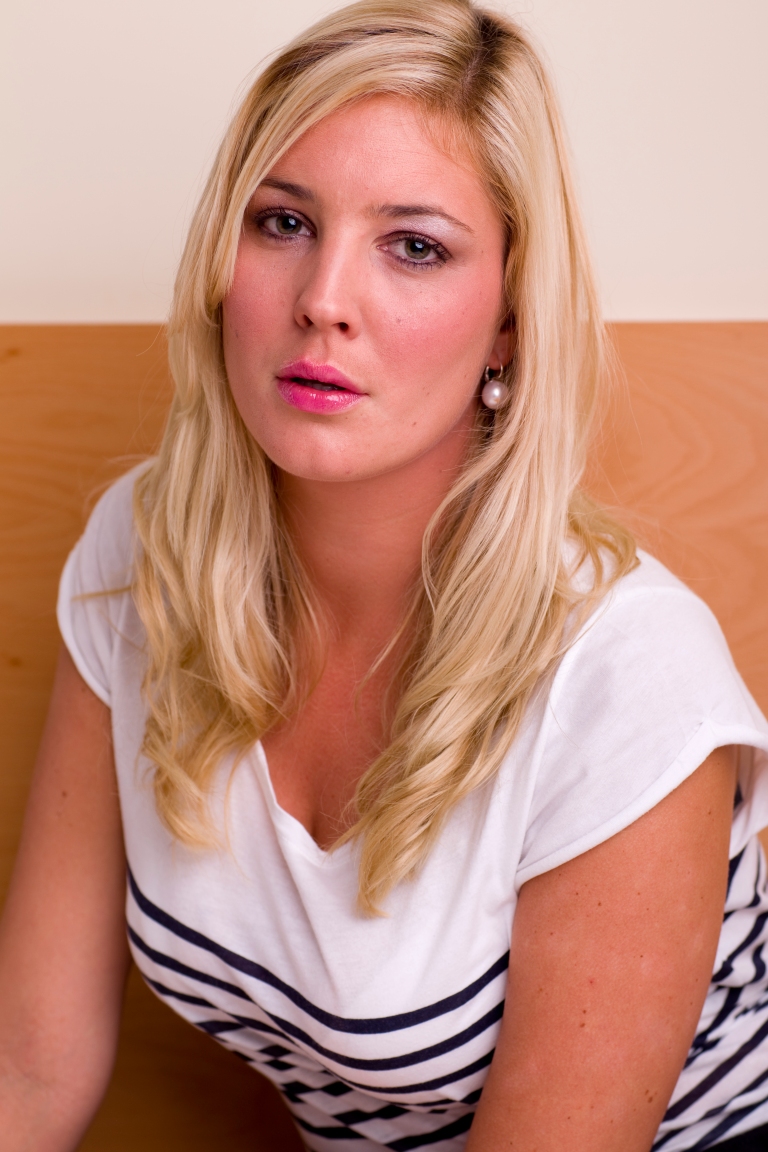 We had to test the lighting a few times every time we set up in a different area of the room. This is the first time I’ve ever worked with lights so don’t judge me please. There were a lot of highly exposed settings which sometimes actually works out well for the overall effect of the composition. 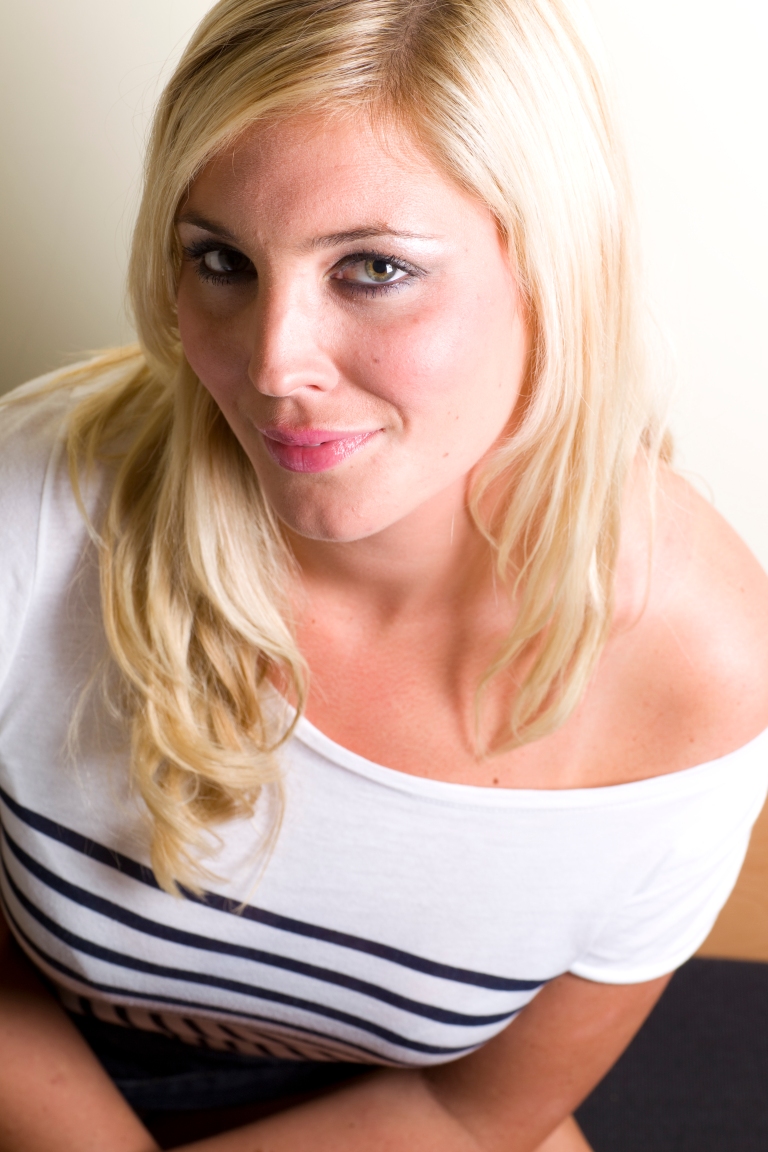 We had two reflectors, one had a gold face with white on the reverse. We tried it on Malin and the effect I think was awesome. We allocated 15 minutes per photographer per model to try and get the shots they wanted. I usually snuck in while the other was recomposing to get as many shots as I could. I was trying to catch candid moments and this one I think is good. 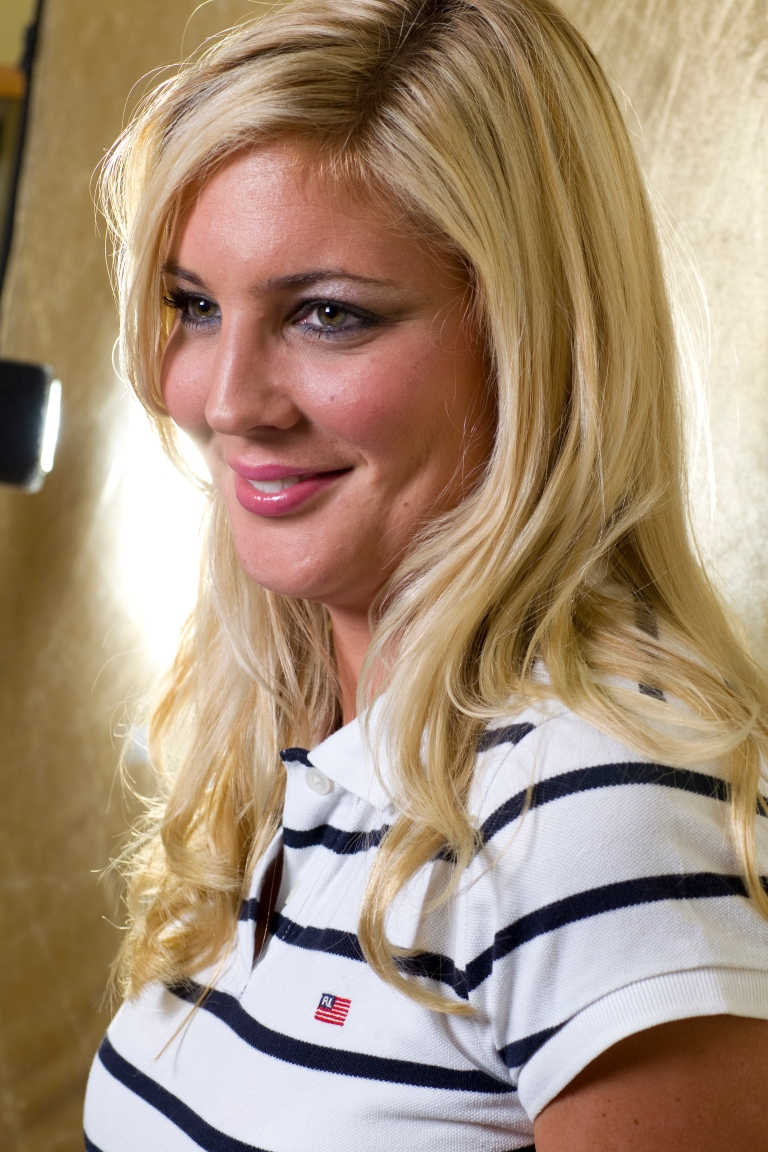 I loved this shot best using the gold reflector. It’s neither warm nor too bright. We all stuck to mostly AV setting, ISO125, f/7.1 and 1/125 shutter speed. There were 2 Nikon users and 3 Canon users so it was a great mix of results and ideas were bouncing off the walls like crazy. 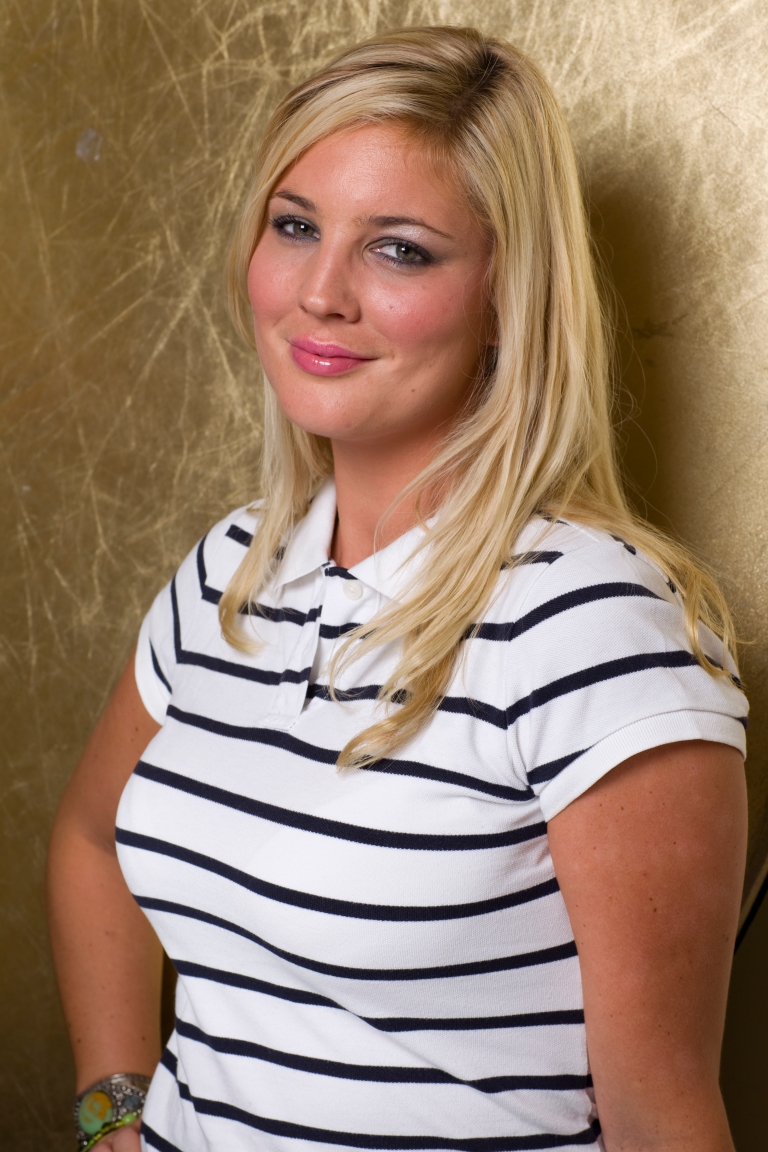 Did I tell you I love candid shots? If the room weren’t so cramped I think I would have ended up with more. I didn’t get to shoot behind-the-scenes shots as it were of Juvy as she worked with the other photographers on the other side of the room. 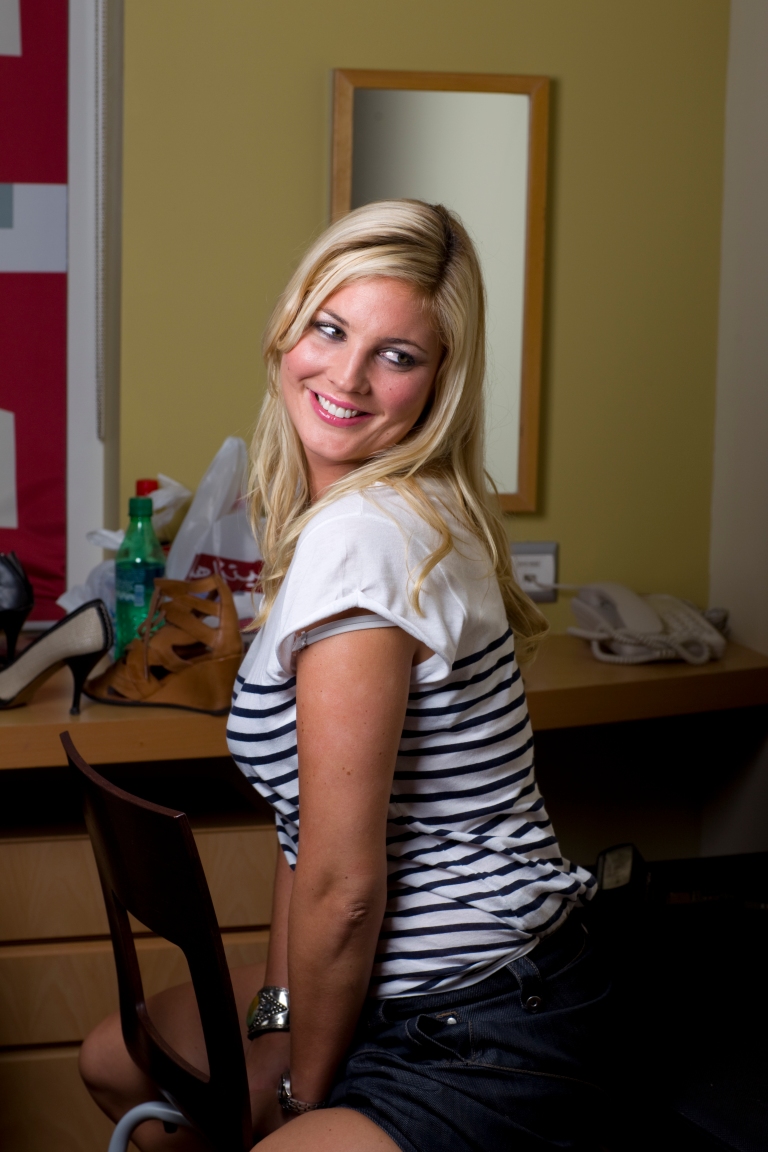 This was Malin’s turn to pose for Donnell while Juvy was centre of attention in the main lighting setup. This was shot on P mode at ISO400, f/2.8, 1/50 secs. No flash fired either but I think it still turned out quite okay. 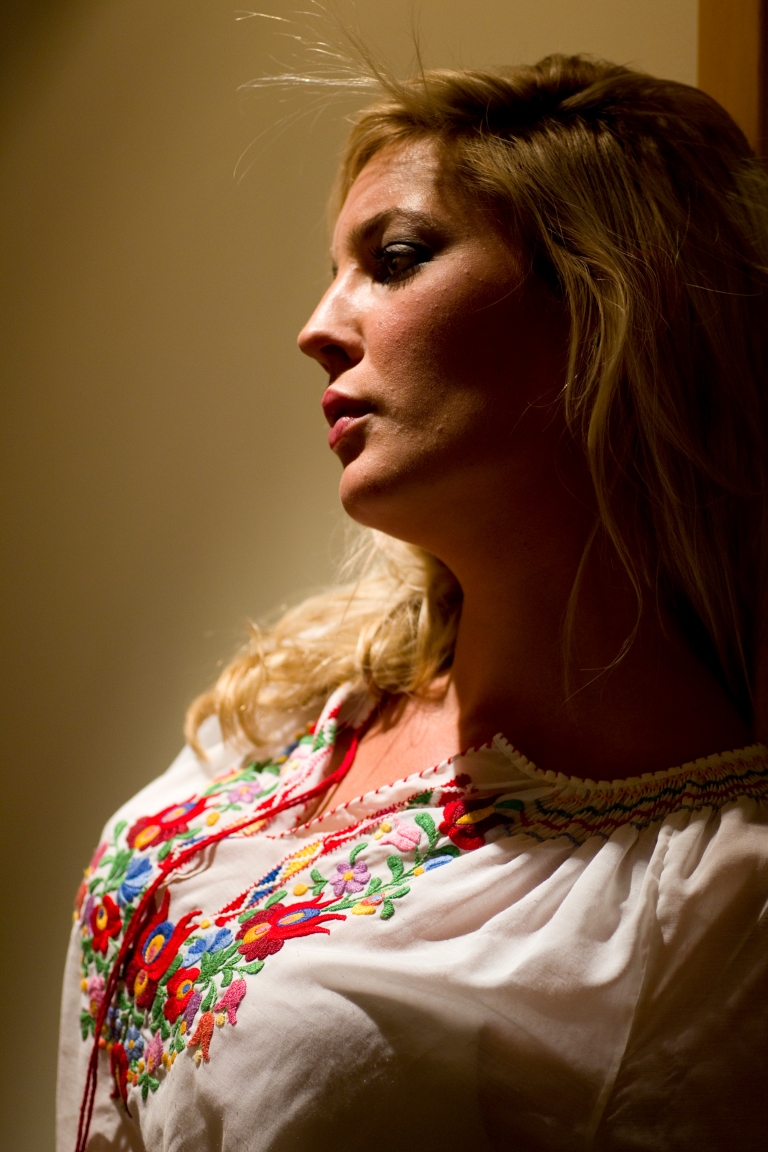 We tried a bit of action and drama when Malin changed into her long dress. The generous hem provided the needed props and we asked her to just hold on to one end and on the count of 3, she would lift it up and let go. Naturally there were blooper shots, but mostly we got the dress to swirl up like this. 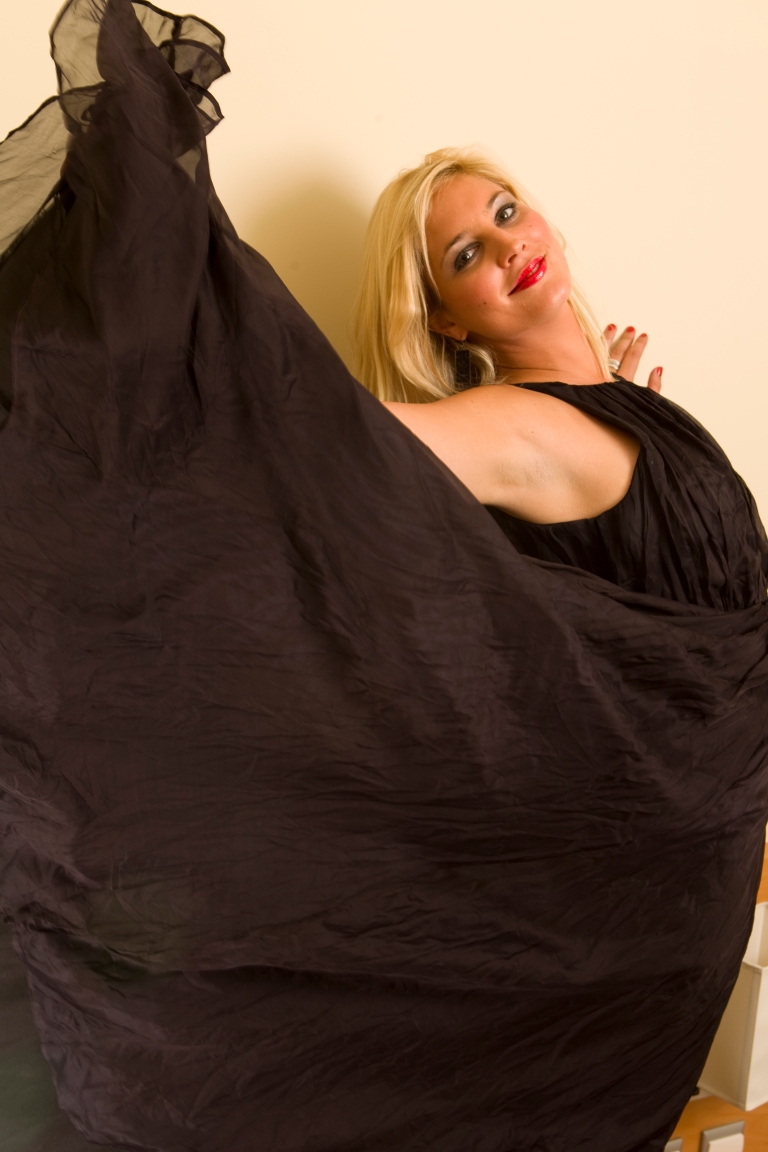 She wanted to do a Marilyn Monroe pose but we had no wind machine to lift her dress up. That would have been awesome but maybe for next time. She’s a tall girl so we had to lift the main light high up as she stepped up on the bench. 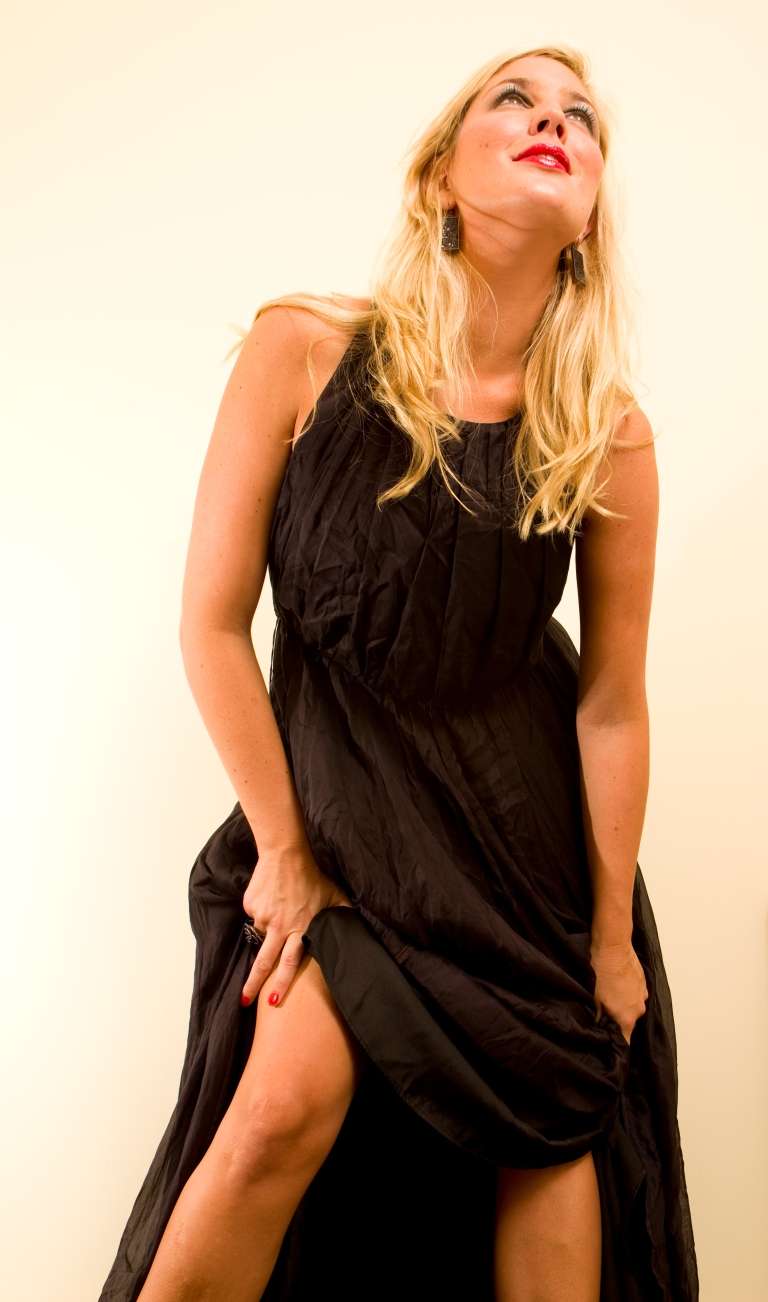 The last part of the shoot was softer, with a sexy little top and a lot of pouty attitude. Someone, I can’t remember who, suggested we put a coloured plastic bag over the strobe to give it a different effect. And I like it! 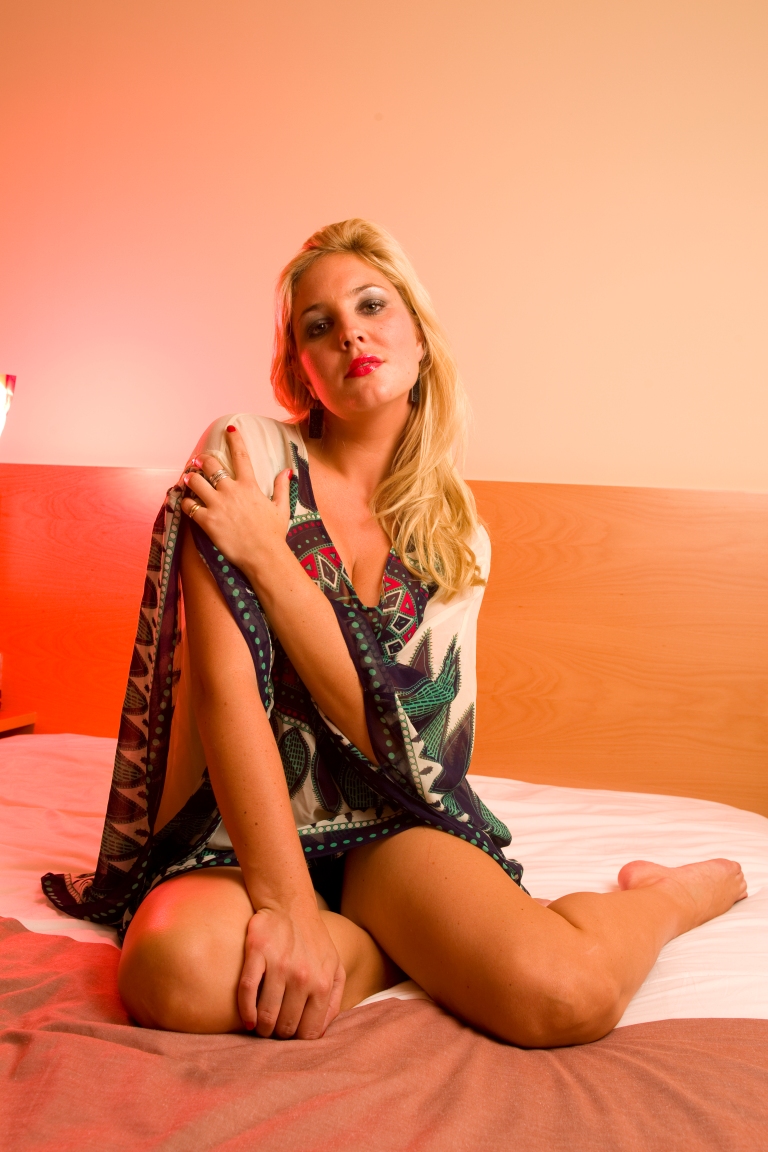 Malin had a lot of shots where her eyes were closed. I got lucky to have caught this one and I think it was just perfect for the pose. 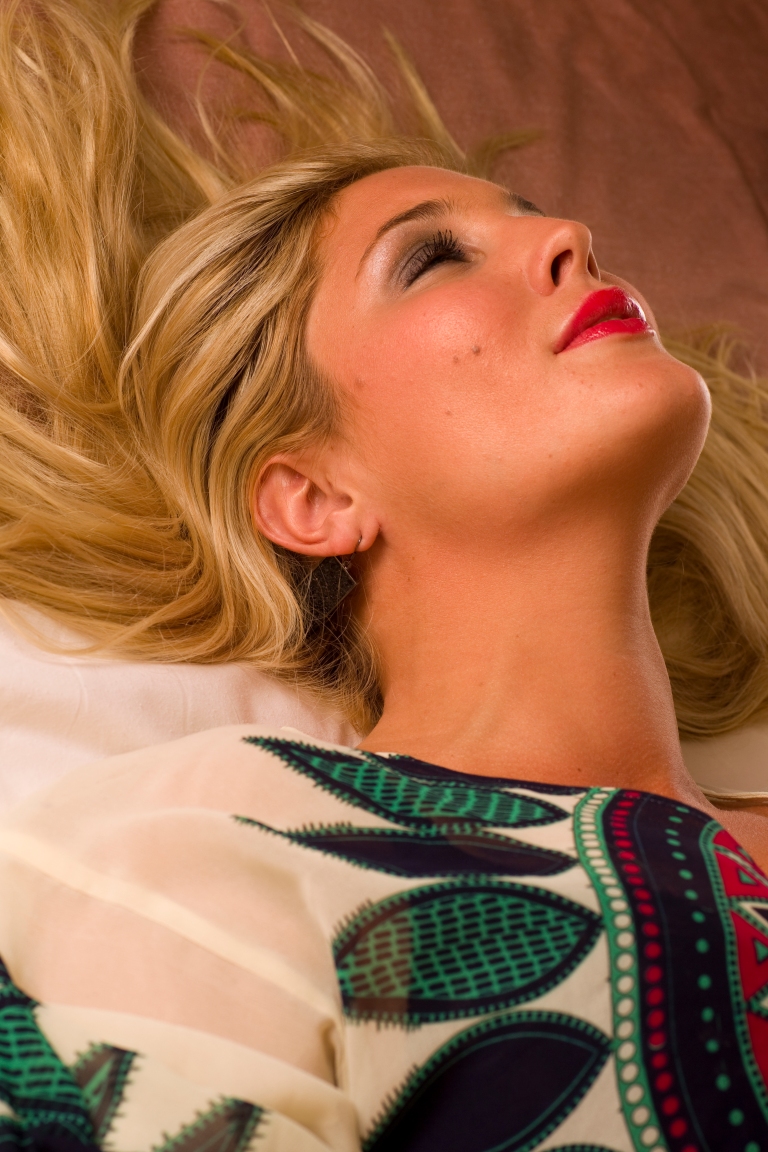 Time for a close-up. Hands up those who think she bears an uncanny resemblance to a certain Miss Drew Barrymore? We thought so too! But she won’t agree, even though it is fairly evident on all the photos that evening! 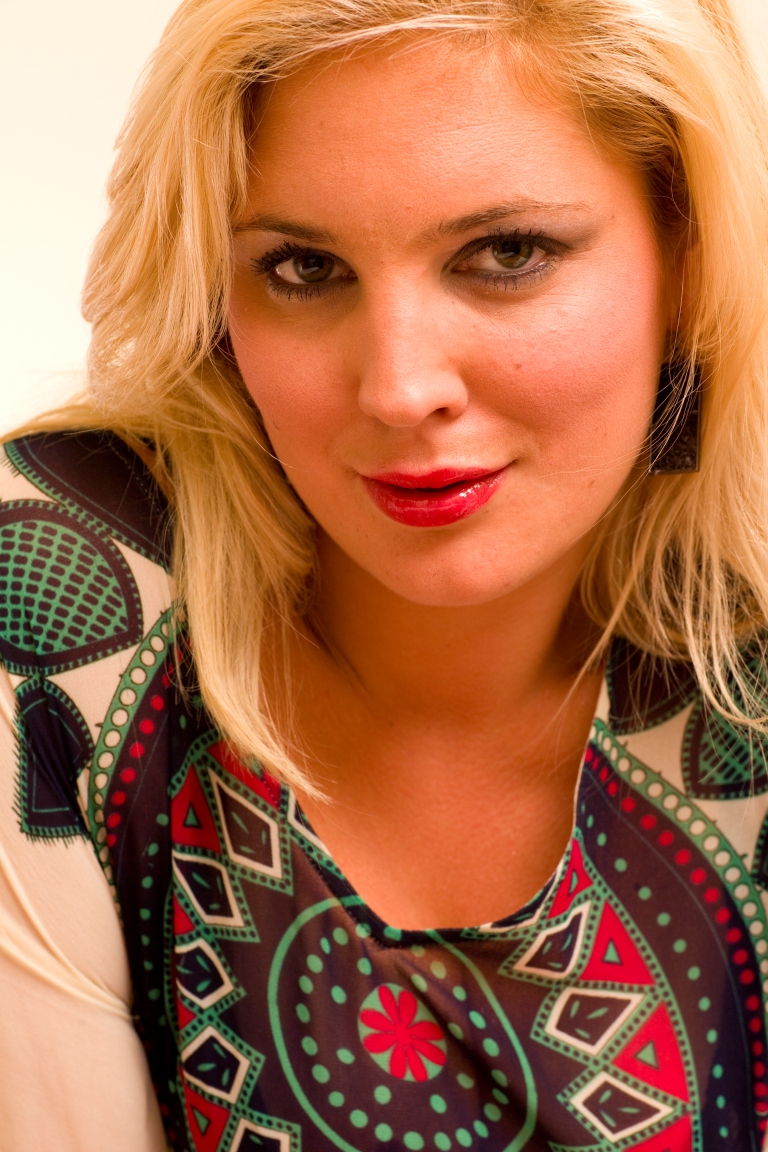 Juvy and Malin each took turns to do each other’s hair and make-up. I tried the Monochrome setting on the Mark IV and loved how it turned out. We mostly used Portrait and Faithful settings, adjusting as required as sometimes the colour comes out a bit too red. 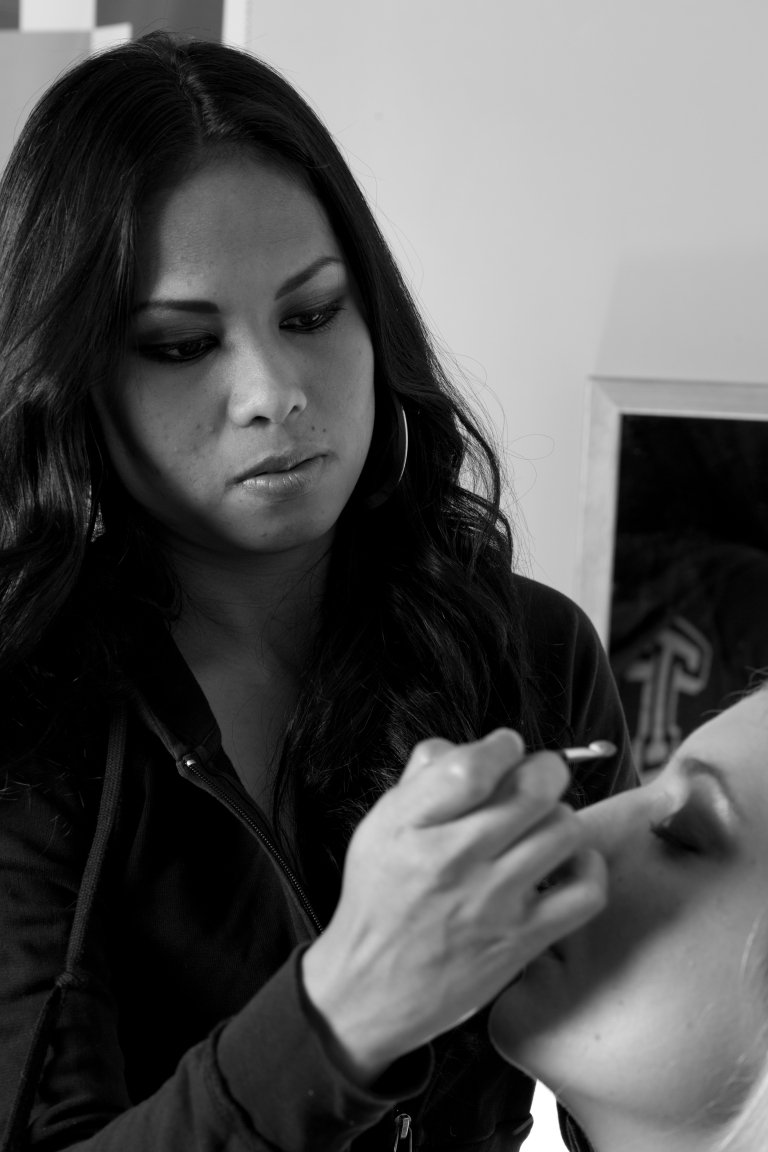 Juvy has this coloured tattoo of a butterfly just below her right shoulder. Naturally we had to find a composition to factor it in. I had this idea which involved a topless model wearing a pearl necklace, smudged make-up and short shorts jeans and her tattoo. Unfortunately we didn’t have enough time to set that up. Next time… 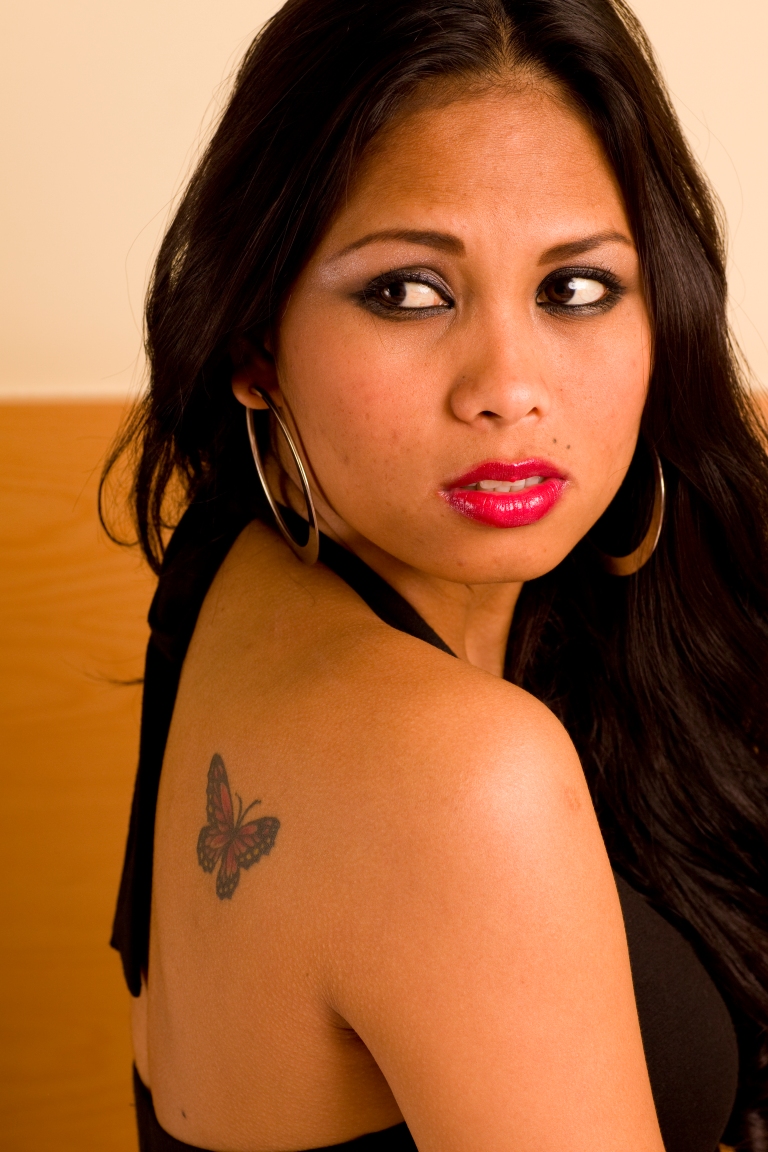 The writing desk provided a nice platform for the models to sit on, lie down on and even stand up on. Juvy was tiny so she easily fit on there and was able to get quite a few shots there. 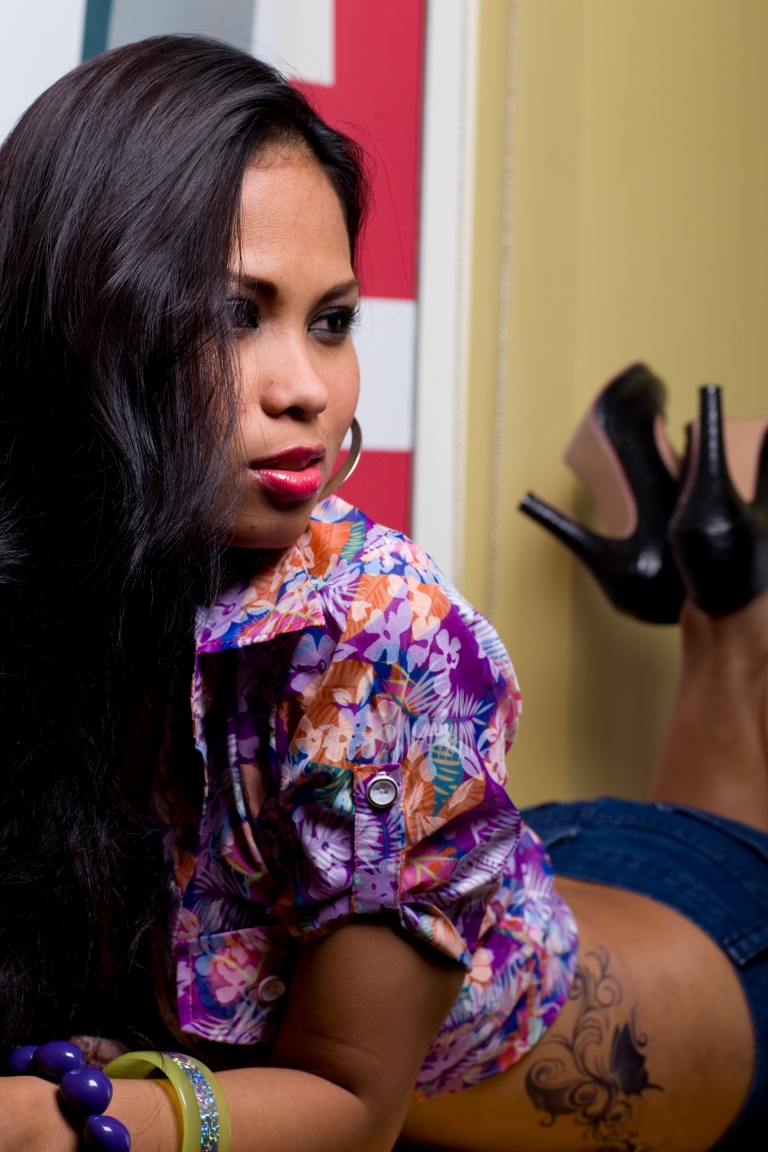 Or crouching down on the carpeted floor worked too! With a bit of white reflector in the background, who would have thought this was just a cramped old room in a hotel? 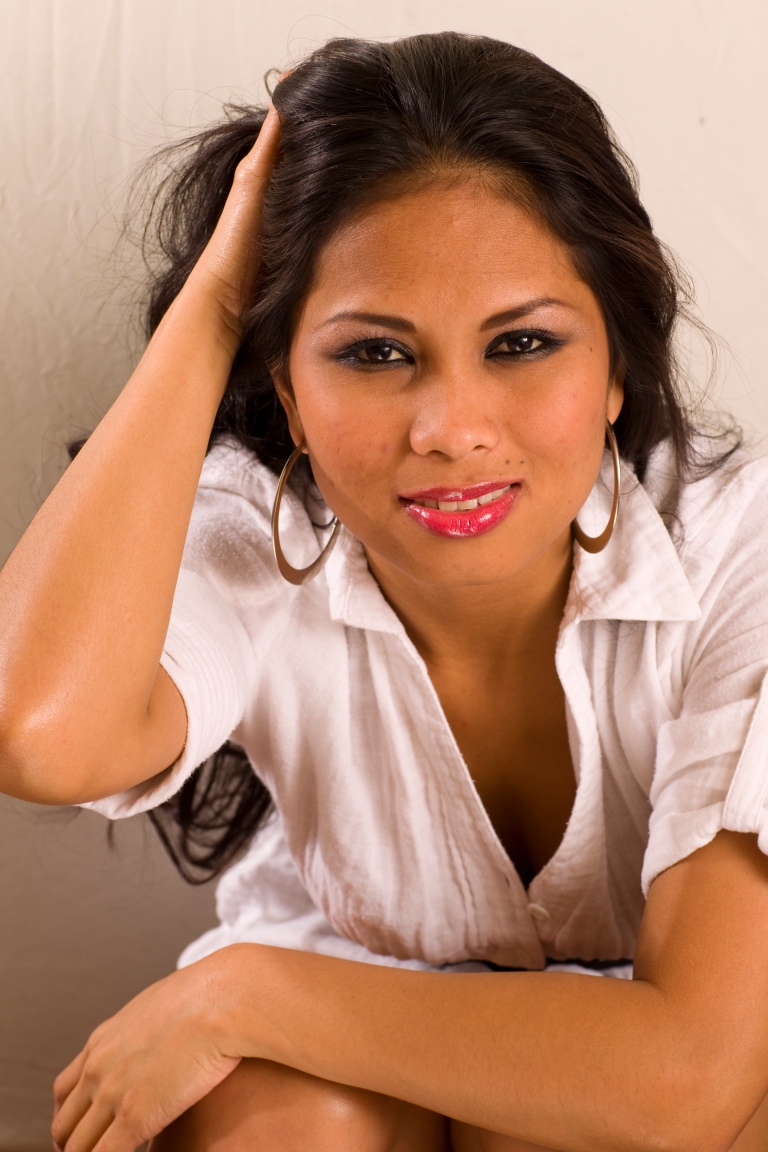 Another sneaky behind-the-scenes shot. I love these! No flash, just using the available lighting. Love the soft glow.

Juvy was a little more difficult to illuminate since she has jetblack hair and her skin is so naturally tan. We had to adjust quite a lot between shooting her and Malin. But I love the way her shots have a lot of contrast and depth. Very grungy. 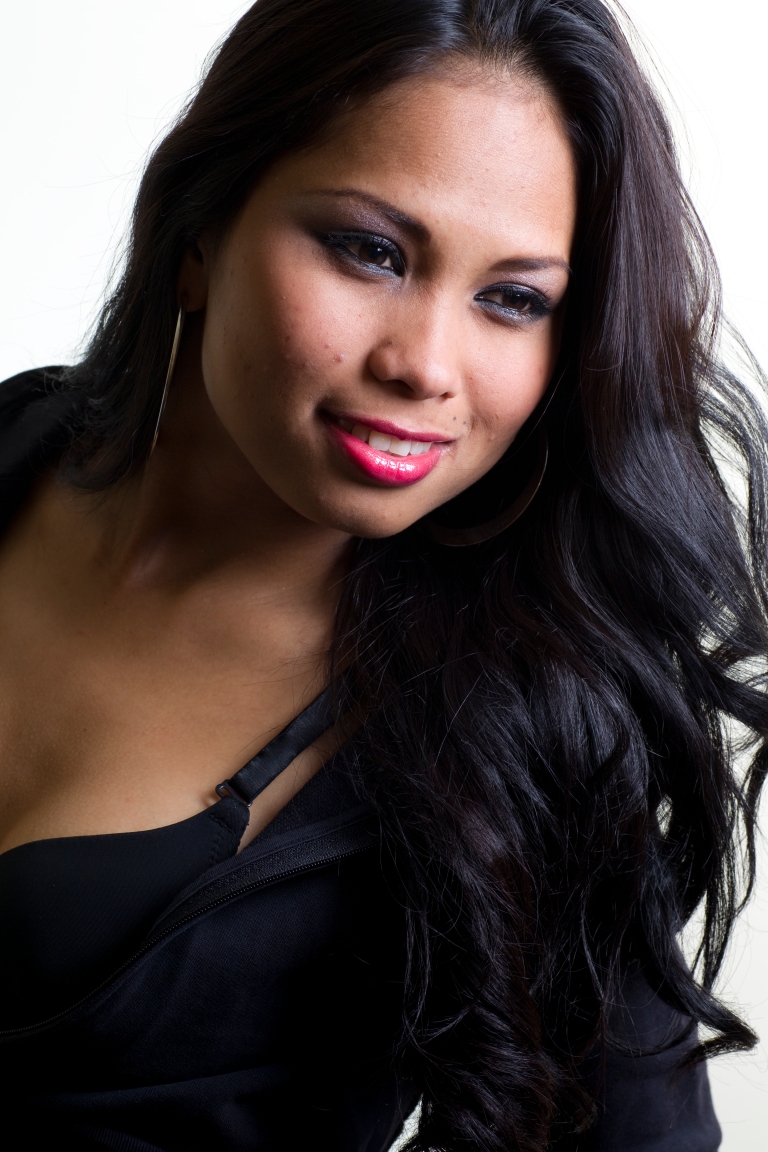 Improvisation was a theme that night. We didn’t have a proper hair stylist so the girls just did what came naturally. Juvy made small dramatic changes to her look when she pinned up her hair this way. 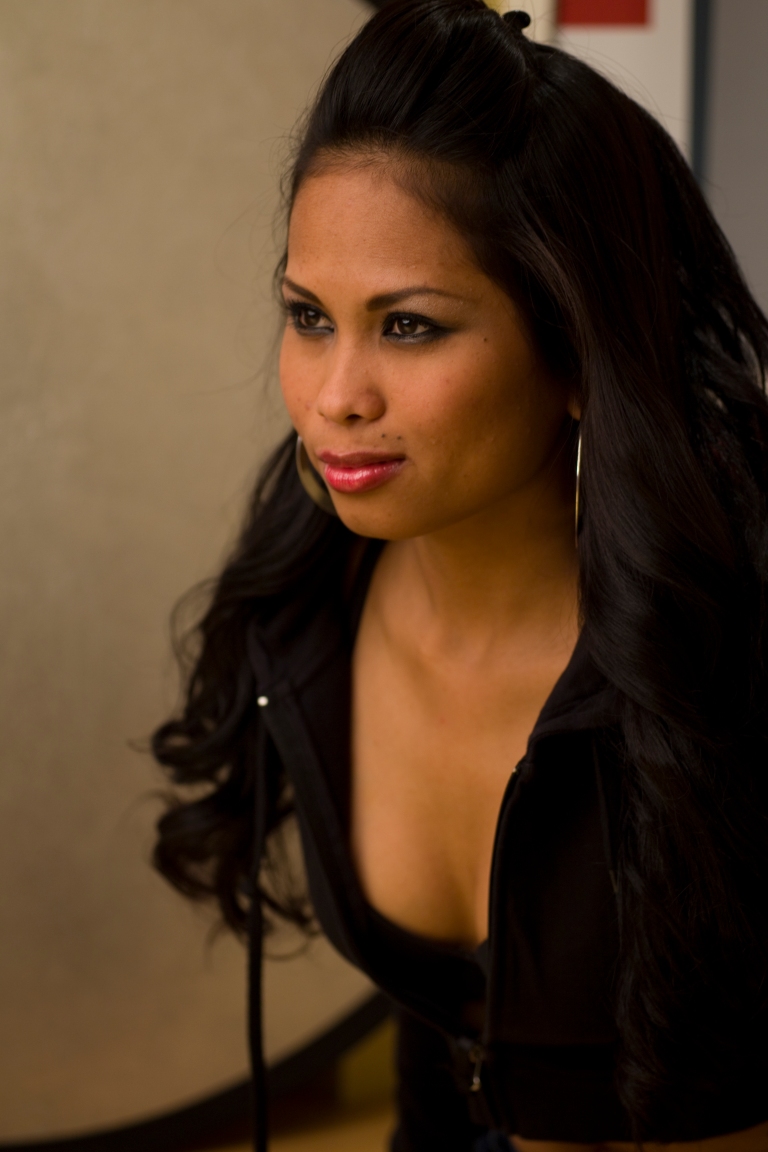 Then she projected sweet and innocent with this floaty green dress. Stunning! I thought perhaps it was too bright when I first saw it but it was actually very good on camera. 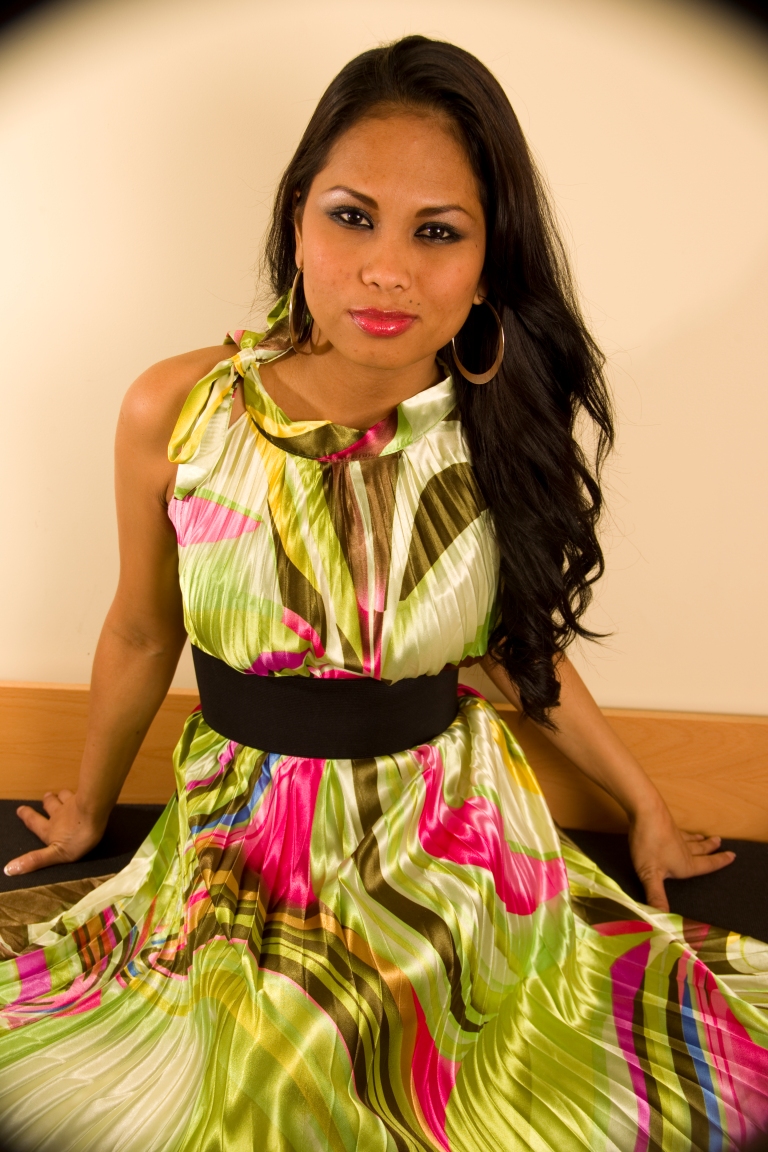 This has got to be my favourite shot of the night – Grungy!Juvy. It was Ashley, one of the photographers who suggested she took one shoe off and placed it on the bench next to her. It worked beautifully! Also helped by the fact that at this point, Juvy was exhausted and could hardly smile. The photo was telling the truth in this instance. 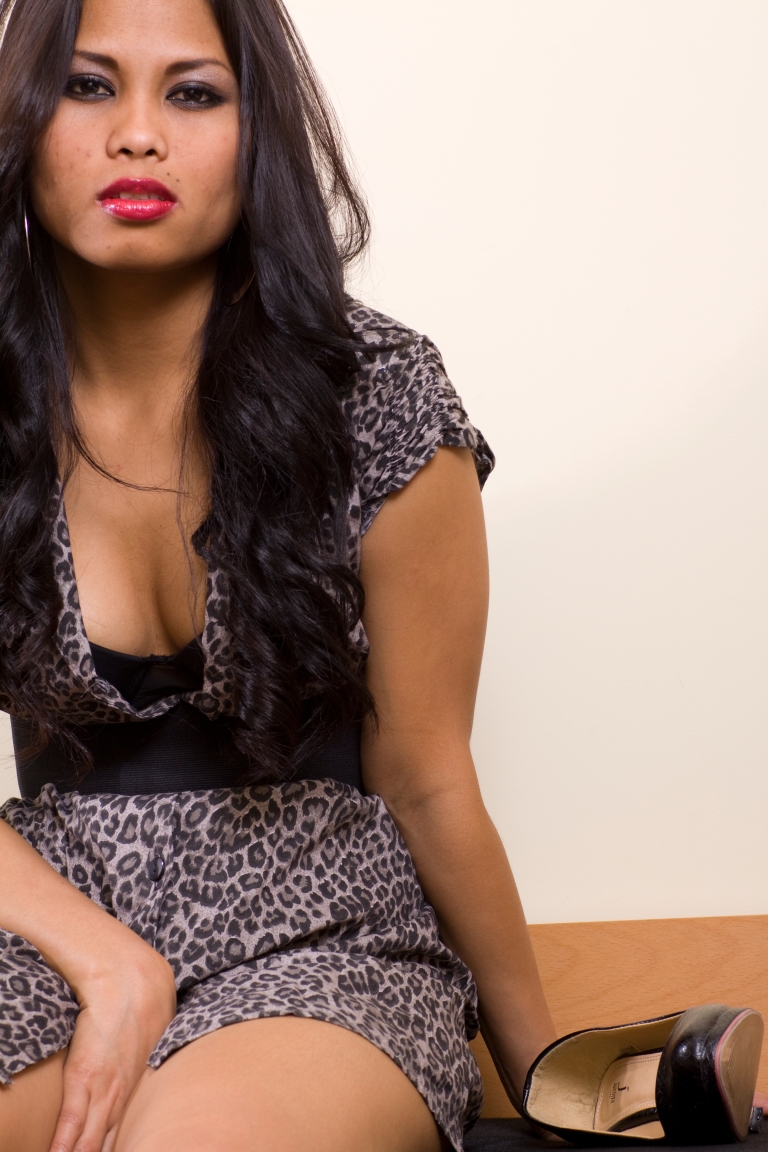 Group shot! This is everyone who participated – thanks, you guys! It was a great and steep learning experience and I was so pleased that we managed to pull this off. My next gear purchase will be my own set of PocketWizard II transceivers. 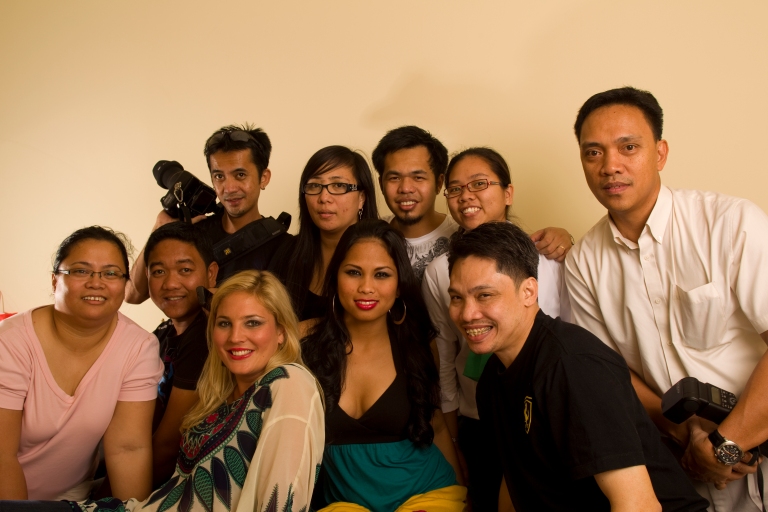 In conclusion to the review of the Mark IV, this is a serious piece of gear. I probably have not even managed to crack its surface but whatever I found was enough to make me add this to my wishlist of gear for the near future.

Fair warning to those intending to upgrade to the Mark IV: the RAW file this camera produces cannot be processed on Photoshop CS3 or Lightroom 1.x. I had to download the Adobe DNG Converter which comes free on the Adobe website. Only then could I import them into Lightroom for post-processing.

Of course you could always shoot RAW+JPG but my largest CF card was only 16GB and I didn’t want to stretch it.

Thanks again to d-pr for the loan. It has been a magical week.