It’s no secret that I am a fangirl. I just don’t show that side too much here in the blog. Not this blog anyway, but it’s predecessor LiveJournal. Oh the things you find there about fangirly stuff could make your hair curl.

No, I’m not that bad. Sure, I did the fanfiction thing, the shiny-100×100-icon thing, the odd wallpaper and banners and whatever, but that’s all boring now. I have other things I’m more interested in. I still have fangirl moments, like when I was at the mall and found this silver charm depicting a London police box. Yes, my Whovian peculiarities surfaced faster than you can name all 11 actors who played the Doctor!

In addition, I bought a “J” initial charm plus a cute little SLR camera charm. I have to be fair to the other loves of my life. I plan t o buy one or two charms at a time and fill up the leather chain eventually. 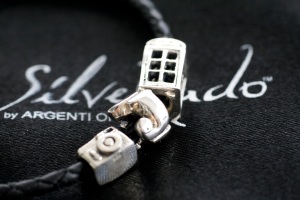 Who could resist this? It was just too cute, and a perfect way to show how much I love this show. They don’t make it in blue enamel though. That would have been more than perfect! 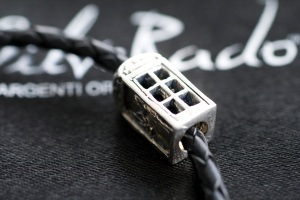 It even has a little Eleven making a call. See? The hair is just perfect, not sure though if he is wearing a bow tie. Yeah, yeah, I am liking Matt Smith’s Doctor more and more. I think I have re-watched the last season finale at least 3 times now. Matt Smith is a tuxedo is just too adorable. Even my daughter says so. And OMG, his dancing is atrociously cute! 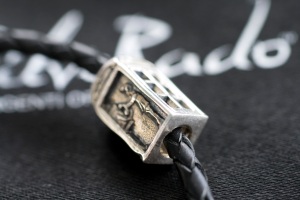 Aherm, okay, moving on….let’s talk about more stash recently added to the already-huge stash. I received the second lot of MadTosh Yarn Club shipment, the jewel tone sub. This is a rich red colourway called Alizarin, 3 skeins in Tosh Merino Light. I’m still undecided on what to do with this. I’m leaning towards Brandywine Shawl, maybe even add beads. What do you think? 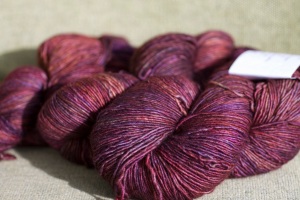 My Knit, Drink, Be Merry Semi-solid sub from Yarntini was a nice surprise. It’s a solid rich red called Melon Baller. It’s a summer colourway inspired by, you guessed it, watermelons! The self-striping shipment would have been to die for! 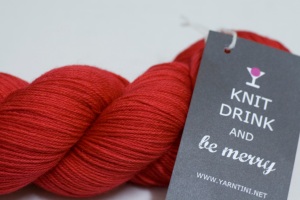 Last, but certainly not the least, is The Plucky Classics sub in MCN Lite. It’s a beautiful shade of purple, rich and intense. Inspired by Marilyn Monroe’s gown in How to Marry a Millionaire. It’s called Pretty Pretty Pola. I think this is enough for s small shawl, but still not sure what to do with it. 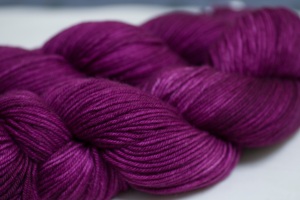 That’s it for now. I have four club shipments coming through this July so will have more to show you soon. Until then, be good to each other.

One thought on “Now this is obsession”