After the great success of the beach, volleyball Rob arranged another sporting event for the company.  Bowling night! Hey, what’s under the skirt, Stefan? 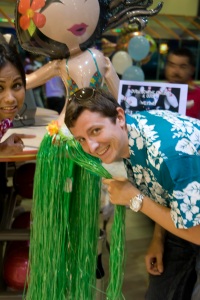 Juvy and Stefan are in my team, along with Emma and Zoheb.  Yes, we had to wear the horris Hawaiaan shirts so fair warning: you might need sunglasses to read this post.  The bowling alley hosts Hawaiian-themed bowling for companies.  We should have insisted on their staff wearing straw skirts and coconut bras. 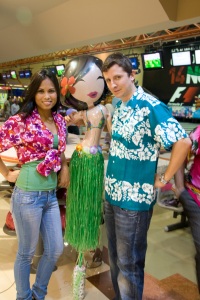 Zoheb is a cool guy, but very hard to read.  He’s interesting to talk to though.  Some guys were joing that he is actually of Albanian origin.  He’s not though, but I’m still not sure where he is actually from. 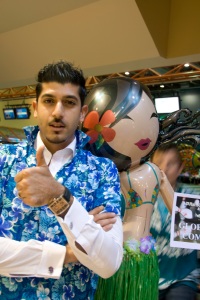 Inflatable Hula Girl was a big hit among the guys. Hey, Stefan…step aside, give the others a chance, will you? 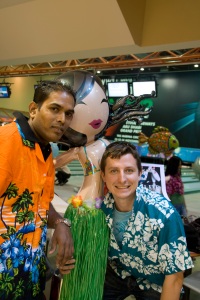 Juvy with the Sri Lankan Team! Indika, Sam and Manju were all eager and raring to go. 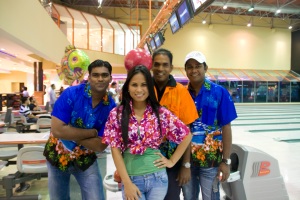 Strongman Omar from the MENA Team. I can’t imagine using those 15kg balls! He was throwing them like they were ping pong balls. 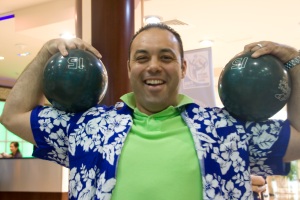 We had a 10-minute practice session prior to the start of the actual games so it was anybody’s ballgame then. Some of the guys were bowling for the first time so it was fun to see how quickly they picked it up and just kept knocking down the pins.

I still found time to take a few artsy farsty shots around the 4 lanes designated to us. It was a little difficult lugging the camera around but it was worth it. 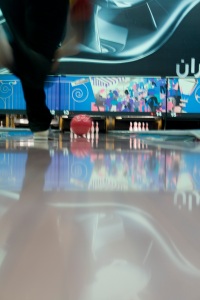 I was worried about getting whacked in the face with the ball as they prepared to throw. Or rather, I was afraid they’d hit the camera and smash by baby into pieces so I had to quickly back away after taking the shot. 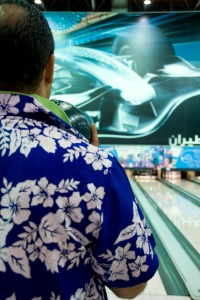 Group photos! This is Sam’s team including their 4th man, Farhan. They were a quiet bunch but the scoreboard spoke loudly enough for all of them.

The MENA Team led by Rania. A bit unfair too since they had 6 players so the total score would have weighed in their favour. They were quite hyper too. 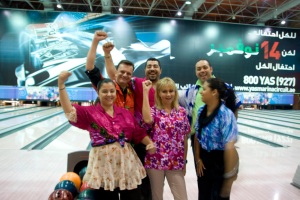 Then we have Rob’s team. Nick, Zubair, Rob, Alun and James – who was late btw so Nick bowled a few frames for him pushing his score and their team’s score a bit higher.  Nick looked like he was a pro! 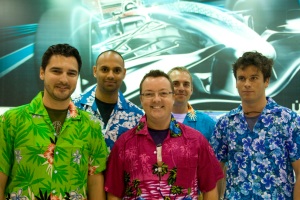 And then we have my team, Juvy, Stefan, me and Zoheb. Emma came a bit later. I think there is a full team photo some place but I haven’t gotten hold of it yet. 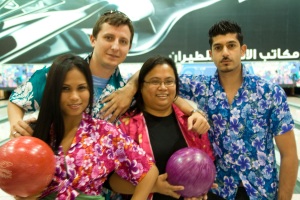 I can’t remember when this was taken but it must have been after he bowled two strikes in a row. He was not competitive at all. Nope. 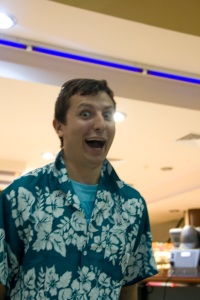 I deny all responsibility for the following set of photographs. I was merely catering to a couple of suggestions, I may have initiated it but they urged me on so my hands are clean. Right? We have a monthly newsletter within the company and it usually has silly competitions. Last month’s was a rigged photograph of the Management Team using an online yearbook manipulation technique. It was suggested that the next competition should be: Name That Ass! So without further adieu, here are the contestants.

Okay, not so much ass here but you get the idea. It was difficult catching just their asses though, and they were all moving too fast. 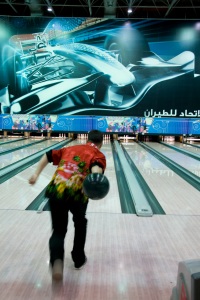 Oh here’s a nice one. She stopped long enough for me to take this but she didn’t bend so it’s only a glimpse. 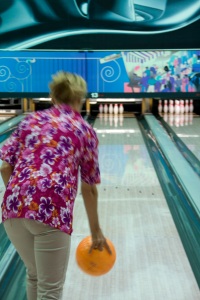 That’s a nice, bright pink Hawaiian shirt! I think there was quite a lot of it that evening too. Oh and yeah, the ass….who do you think this is? 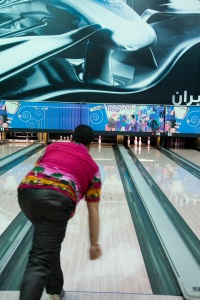 Not shot-put, sweetie. Bowling. You roll the ball on the lane, not throw it around. That’s how you get your nails broken. Nice ass though. 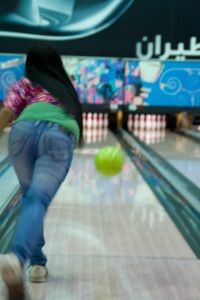 This is the ass that gave birth to this whole Name That Ass idea. She would stand at the edge of the line and aim the ball before throwing it. All the while bending for all the world to see her perky bum! No one complained. 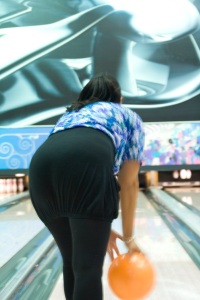 This ass was a bit shy I think. Or just didn’t realize I was taking photos otherwise I’m sure this ass would be posing like there’s no tomorrow! 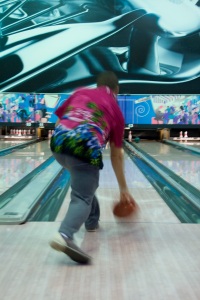 Not an ass pic, but I thought this photo of Zoheb’s second ball was awesome. He bowled a spare, in case that was not pretty obvious from the photo. 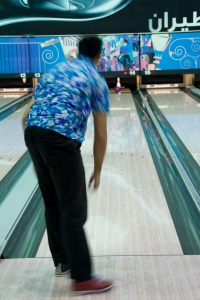 Our team’s final score. I bowled the highest individual score in a game – yay me! We didn’t do too well and neither did we do badly. Could do better for next time definitely! 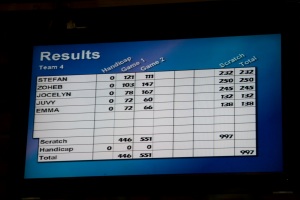 And then it was over. Time for a few more photos. Part of the package by the way was some nibbles. They served the best ranch dressing which we used as dips for the chicken plus they had pizza, potato wedges, burgers and salad. Pretty good stuff. 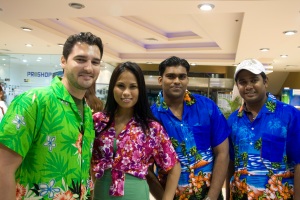 There was a bit of tussle with regard to the final scores so they had to go back and forth to the control desk a few times to sort it out. In the end it was resolved amicably. 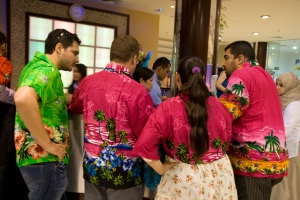 Rob’s team won! Sam was almost unwilling to give the trophy so he did a tug-of-war with Rob for a bit. Well deserved win too since they did bowl pretty well, both individually and as a team. 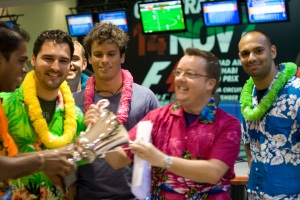 Rob making the announcement for the winner. I think he said there will be a rematch since some scores didn’t make it to the final tally. Can’t wait! 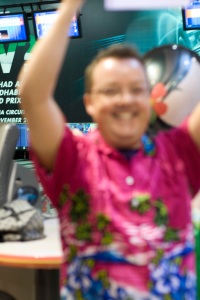 One thought on “Bowling for a trophy”