I swear I haven’t spent any money on yarn. These are all from yarn clubs or previous purchases which arrived while I was away on holiday. I thought I’d share them with you here, as fiber lovers do.

My subscription on the Madeline Tosh Sweater Collection has sadly come to an end, but a very beautiful end might I add! The final shipment is 8 skeins of Tosh Merino in dark and beautiful Stovepipe. I haven’t knit with any of this club’s shipment but have plans for them already. Three sweater-quantity lots of beautiful yarn = three sweaters, one each for me and my two daughters. Just need to decide on the patterns.

I am sure I’m just one of many MadTosh lovers who are wishing that the next sub would include Tosh Vintage!

Another club subscription which has come to an end is my Skein Queen subs. I signed up on both the Film Club and the Reading Room this time around. This beautiful blue lot is a double dose of Blush in the Kite Flying colourway, inspire by the book The Kite Runner. Enough for a shrug or a small cardigan.

For the final shipment of Exquisite, I selected the second surprise option since the film inspiration Little Miss Sunshine would default to a yellowy sunshiny colourway and we just had a touch of yellow in the previous month’s Plushness shipment of Weaver’s Gold. So the Skein Queen gave us the option. I chose the surprise colourway and got this rich reds and pinks called Pageant.

A new club I’m in, well new to me anyway, which has really surprised me with both the colourways and the yarn quality is The Lotus Club. It’s MCN base so what’s not to love? The last shipment is called Jayne, browns with hints of pink. Pretty, no?

Yarntini is offering a new MCN base and being a great fan of Jessie’s semi-solid colourways I decided to try her new base. I am not disappointed with the colour, it’s got Jessie’s stamp all over it! This is called Gin.

Remember how the last shipment of Yarntini and Plucky Classics were in the same colourway? My earlier hunch that there is something in the air was proven true when I received the latest shipments from both clubs. And it’s purple this time!

This is Jessie’s version of purple: a colourway called Buzzed, a midtone shade, almost even but with slight variegation in some parts. Simply Jessie.

Sarah’s purples are a bit muted but they still shine and as beautiful as all her colourwork. This is called Loco Dempsey from Betty Grable’s character in 1953’s How to Marry a Millionaire.

And now for some Sundara goodness. Sock yarn, can never have to much of it. This is Green Olive Tapenade, which is one of the permanent colours I think. Perfect for a pair of gentlemanly socks, right? 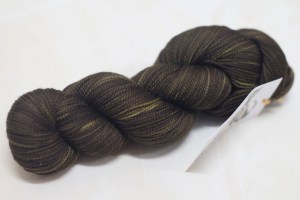 This is called High Esteem, a nice blend of greys and pinks.

Another FCM base which I destashed from the ever lovely Alicia. This is from the Napa Valley Collection which I failed to subscribe to. It’s called Grape Vine and I plan to knit an Ishbel shawl with it, using every single bit of yarn that I can!

One thought on “Stash Update”