The kids are back in Dubai. First thing we did as a family? Ride the Metro. We’re that easy to please. We boarded the train at the Rashidiya Station which is the end of the red line on the north and took it up to the Mall of the Emirates station. We got off the train but didn’t punch out. We did a U-turn and headed the other way towards Dubai Mall where we spent most of the day.

Lunch at Roadster Diner was great. We sat outside, well outside the main restaurant anyway but it was still under the roof of the mall so we were spared the early summer heat. Patrick posed for me before he went to demolish his breaded chicken cutlets.

Joseph’s grown at least 3 inches I think! He certainly is growing fast and within the next few months I’m sure he will become as tall as his father. 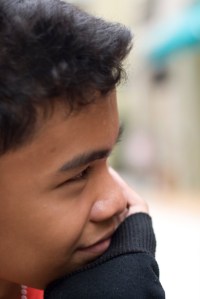 Eivy’s now the shortest of the three elder kids, but she makes up for it in other ways! She’s still as sweet and as kind as ever.

My baby and me. He looks bored. Doesn’t he look bored? 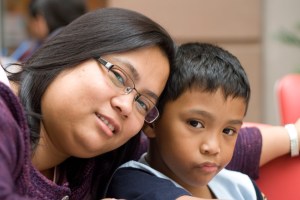 Joseph’s been busy playing on his PS3, his baby as he calls it. If schoolwork was played on a game console, I think this boy will ace every exam without breaking a sweat! 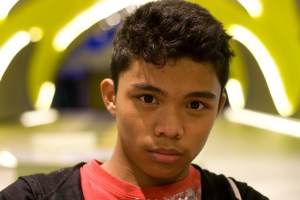 Eivy won a black-out bingo game when we went to the park with the family. Can you tell how happy she was? I think the prize money was 50 Dirhams.

More photos to follow. I have tons of them from my week in Manila plus everyday from when we came back to Dubai. So many photos, so little time to upload all of them…

3 thoughts on “Together Again”