Skip to content
No Dracula or Edward Cullen here but there is the red ribbon from the cover of the Eclipse book.

They are finally done! Took me long enough but they are done.

I have another pair to make but with it I will probably take the designer’s advice and duplicate stitch the ribbon instead. And no afterthought heel for me. No sir. If I were seriously considering being a Notorious Sock Knitter, I will apply Cat Bordhi’s Riverbed Architecture or something.

Let’s see how it goes. 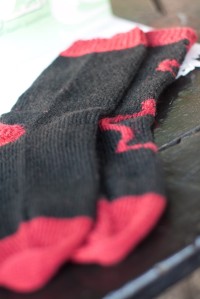 There. One pair of Eclipse Socks as ordered. Eibee I hope you’ll like these! 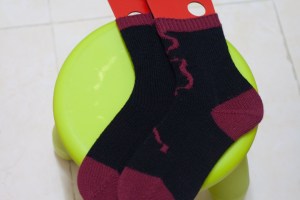 The short row heel looks a bit shallow but I tried it on and they are just fine. 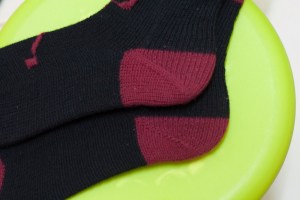 Cast on: 23 Aug 2009
Cast off: 26 Dec 2009
Notes: Attempted stranding, which I think is a massive failure but it works somehow. Didn’t like afterthought heel. At all. So I did short rows on the second sock. Not crazy about the yarn either. But it’s a sturdy blend which is perfect for teenagers who have no patience to handwash their socks.