Skip to content
I mentioned before about a photo competition which we were “forced”to enter as part of our completion requirement for photography class. It was a bit of a sore point for me really since there was this whole speech about where our passion for photography was and how we were not deserving of a spot in the Advanced Levels if we were not taking it seriously.
Pbbbtttt!
We had to cram for the photo on the day of the deadline and despite a lot of trouble we managed to get the photos we liked. Bernie was not happy since his original concept could not be executed so he had to settle for the next best thing. This was his final project and competition entry. Simple, but relevant to the topic. 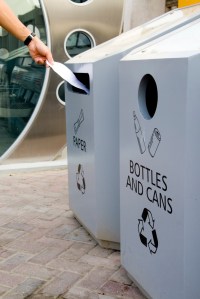 My original idea for this project was to take a photo of 3 or 4 car mufflers and I’d stick a Gerbera daisy on each one of them. Sort of like a “Go green!” kind of thing going on. But it was tough getting the muffler shots and even though I had access to a parking lot full of cars all day at work, I still didn’t find the time to play with the camera. I’m glad I ditched that idea since there was and entry just like it!

In the end I settled for a simple concept. Went and hunted down a good sized globe, grabbed my first aid kit from the house and plastered a band aid on the globe which I propped on a bed of greens. Oh yes I had to get a blanket so that I could lie on my stomach on the ground, by the roadside where people where probably wondering what a crazy fat woman was doing.

It was so surreal to see the photos up on the wall during Graduation Day. More on that later.

The winners of the photo competition were announced yesterday, sadly our entries didn’t make it but to have been part of a nationally recognised competition like this is great as it is.

I can’t wait for next year!