A couple of weeks ago, Bernie took me along to one of the apartment towers in Dubai Marina to help sort out some computer problems for his boss’s sister. I normally wouldn’t go but he tempted me with the possibility of doing some night photography. Which budding photographer would say no to that?

Before we went there, I showed my face to our monthly drinks gig at Club 8 first. It’s the first time in a long time that I managed to drag myself out of the office and into the club. And man, was the house full that Thursday!

Of course there are photos!

Uh-oh, looks like someone’s getting fired. Although he’s not taking it too seriously. 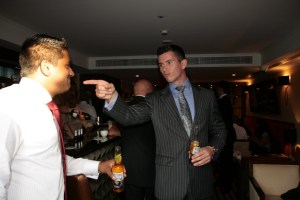 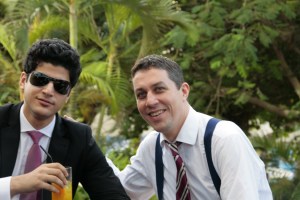 Some of the guys were playing billiards. Not sure if there was any money on the game though. 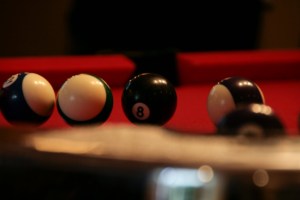 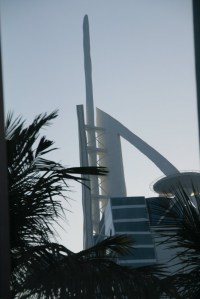 Scott, one of our VPs, who insisted on puting on his jacket and holding his glass of OJ to point out that he is not going to be driving home drunk! 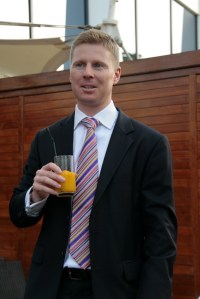 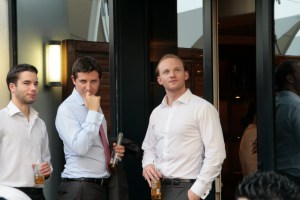 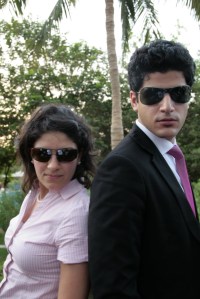 Ahmed and his Secret Service Agents, George and Ammar 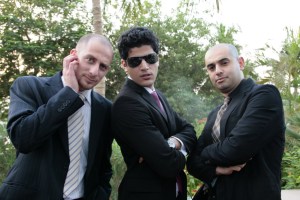 Farrah and Heba goofing around. Farrah, unfortunately has already left the company. 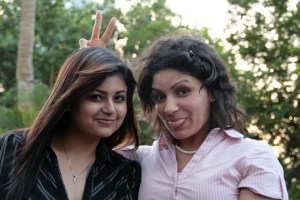 Andy posing, as usual. I asked him to step outside where it was light but didn’t want to so this shot is a bit off-colour due to the dim lights in the bar. 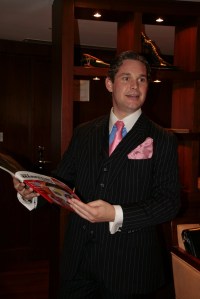 As soon as Bernie picked me up from the hotel, we drove off to the Dubai Marina area and went in search of a parking space. Due to all the construction going on, we ended up parking two buildings away. It was hot and humid and I just knew I’d be sweating like a pig hanging out there in the balcony to take photos.

Plus I forgot to carry the tripod along! So some of these photos are not as crisp as I wanted them to be.

Here is what passes for the Chrysler Building in Dubai, two of them too! 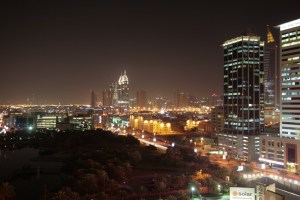 I love trailing car lights. One of these days I will take a photo of bright red lights streaking up a highway. That structure right there is the Westin Hotel.

I think it took less than 15 minutes before I had to give up due to the heat. I decided to look for stuff inside Rima’s house to photograph. First victim was this flower arrangement on her coffee table. The roses were gorgeous. 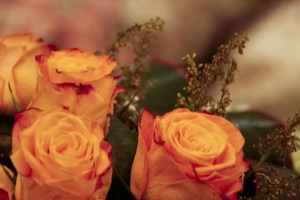 And there was this frosted glass sculpture of a horse on its hind legs. The eyes were the only colours feature so I focused in them. 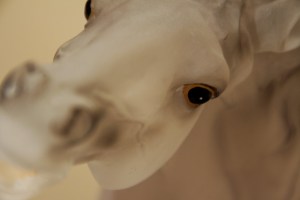 And she had lovely lights up on the ceiling! This was treated with Tungsten on the WB. I am not a big fan of warm, amber glow in photos. 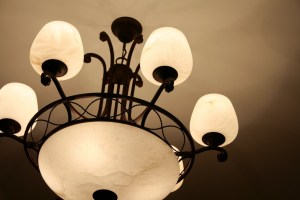 Okay, yarnie stuff this time. I love my new buttons! Esp the one from Old Maiden Aunt Yarns, that rocking chair is so cute. 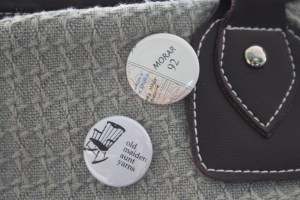 I dyed my last remaining skein of Wollmeise Sockenwolle 80/10 Twin using two packets of Dylon Lavender. It’s still not as saturated as I wanted due to the nylon but this shade is just perfect. I’m calling it Almost Purple and will be used to knit up a pair of socks, not sure which pattern yet but it will be for the SoldSocks Group in Rav and their May colourway challenge. 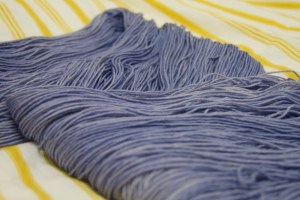 And this is my collection of emergency skeins so far from the Rockin’ Sock Club. They are so cute, aren’t they? 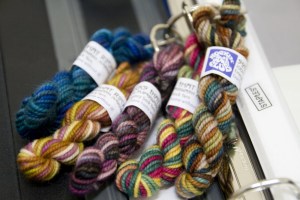 Looking forward to some quiet knitting at home tonight.