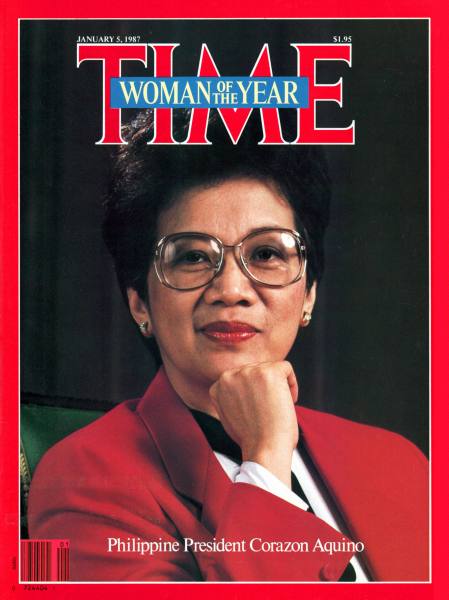 People remember what they were doing and where they were during significant world events even when they are not present at such events. I think because it helps us puts these events into perspective against our own lives. We reflect on its effects and meaning to us an individuals.

I was at work when the World Trade Centre was bombed and admittedly thought it was the one in Dubai that was attacked! No one said it was the one in New York until we all started getting the emails. I was on the way home when the first tower collapsed. That event gave the world a new face of terrorism and, as is often the case, the world united in grief and in the fight against terror.

My husband and I were driving to work when the news broke that Princess Diana was killed. She did not mean anything to me but the grief that her young sons were going through and would have to live through pulled at my maternal heartstrings.

I was with my family in Valenzuela when my grandmother came to tell us that the tanks have started rolling along EDSA and people are starting to call for Marcos to step down. We spent almost ever waking moment glued to the radio and the TV as the events of the first People Power revolution unfolded.

My family and I were at home after just having lunch watching the news when it was confirmed that Ninoy Aquino Jr was shot dead upon his arrival at the airport.

I was at home this morning, getting ready for breakfast when I read a comment on Facebook that Cory Aquino passed away.

I switched the TV on to ABS-CBN and caught the last 5 minutes of Noynoy Aquino’s press conference. The TV has been on since then as we try to come to terms with what has happened and to watch and listen to old footage of Ninoy’s and Cory’s speeches and interviews.

When Ninoy was killed, I had no idea who he was. My parents filled us in on the very colourful, horrible, terrifying story that is Marco’s dictatorship, Martial Law and the people who were brave enough to stand up against him. Those were uncertain times. My parents were worried that Marcos would declare a state of Martial Law again. I had no idea that I grew up during Martial Law!

Three years later, in 1986, the infamous People Power revolution propelled Cory into the presidency and the Marcoses finally out of Malacanang Palace and the Philippines. The first taste of freedom was given to the press which was silenced, often times by force, for the past 20 years under Marcos. The TV networks started showing footage of Ninoy’s speeches in the USA and in the Philippines and that was when I realised why Ninoy was touted as the one man who could challenge Marcos.

He spoke plainly and from the heart. He was passionate and it shows in his speech. He was charismatic without trying to be.

But this is not about Ninoy. This is about Cory.

She had her fair share of suffering and challenges in this life. Her family was torn apart and kept apart for years with her husband’s incarceration. She had to be both father and mother to her five children. Her husband slowly suffered in prison without any hope of a fair trial. Anyone else in her position would have crumbled under the pressure and have given up from the word go. Not Cory.

She stood her ground. She held her family together. She brought up her children without a husband by her side and they grew up fairly well. The common thread in Cory’s and Ninoy’s stories is their rock-solid faith in God. She is not ashamed of showing the public how much she relies on divine intervention; it has helped her family through all these years so why stop when her husband was gunned down at the tarmac?

The tougher the challenges, the stronger her faith. Right up to the very end, she and her family were praying the Rosary. That is faith.

She gave up so much of herself and of her family for a cause that she and Ninoy felt was worth living and dying for. I hope the Filipino of today and tomorrow would take heed and pay respect to the Aquino legacy and not forget that we can stand as one nation, as one people and peacefully fight for our right to freedom and democracy.

Thank you, Tita Cory. May you rest in eternal peace.