This post is a couple of weeks late. That’s just how much I have going on.

Two Fridays ago, we went out for the first time in a while to Festival City. We were intent on seeing Push, but it was rated 15+ which meant the kids cannot come in. Somehow we managed to pass Aibi off as a 15-year old, but the boys had to settle for Monsters vs Aliens. I got them the 3D seats though so that was cool.

After the cinema, it was time for munchies! The kids felt like TGIFridays so that’s where we went. And here’s our lunch in action.

Patrick really into his chicken!

Joseph digging into the nachos.

Of course, Patrick had the crayons to pass the time.

And dessert was these huge Oreos filled with vanilla ice cream and drizzled with caramel and chocolate sauce. The kids enjoyed it. 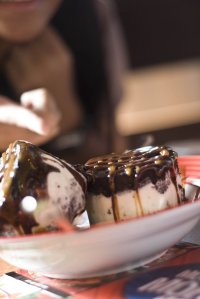 My Sundara socks enjoyed Dubai. They really feel so amazing in my feet, so squishy and soft. 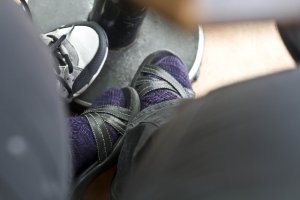 The boys waiting while we went to the little girl’s room.

Lovely red blooms at the Atrium.

And that concludes our Friday at the Festival City. I did nip in to Magrudy’s to pick up some brushes for Joseph’s art project plus some knick knacks for the Sundara swap.